History from Between: Global Circulations of the Past in East Asia and Europe

The East Asian Uses of the European Past  project, funded by the Humanities in the European Research Area, in collaboration with the British Library, is proud to announce a one-day conference on 1 April 2019 to discuss the creation of historical knowledge between East Asia and Europe from 1600-1950.

In two thematic panels and two keynote talks, we will explore how ideas about the past circulated and were repurposed within East Asian networks of exchange. Some of the questions we will consider include: how did East Asian actors use their understanding of European expansion to burnish their own colonial aspirations? What does it mean to say the Chinese had a ‘Middle Ages’—originally a way of talking about the history of and for Europeans? How might the maritime narratives of East Asians challenge how the past of cultural others is viewed?

The first panel, Oceans, Islands, and Imperial Expansion in East Asia, will explore how maritime expansion of the seventeenth to the nineteenth centuries was understood by Chinese and Japanese actors.

Professor Leigh Jenco of the LSE will examine the earliest first-hand account of Taiwan’s indigenous peoples, written by the seventeenth-century military advisor Chen Di. In contrast to both European and Chinese contemporaries, Chen showed how the lives of these people might be understood on their own terms rather than in contrast to an established yardstick of civilization.

Professor Martin Dusinberre of the University of Zurich considers the late-nineteenth century intellectual dialogue between the Cambridge professor J.R. Seeley and his young Japanese student Inagaki Manjirō (1861-1908). The result of this encounter was Inagaki’s articulation of a future ‘Pacific Age’ of Japanese expansion, modelled on the past expansion of the British Empire. Finally, Dr Birgit Tremml-Werner, also of the University of Zurich, examines how the late-nineteenth century Japanese translator and historian Murakami Naojirō used European sources to reconsider Japan’s history of maritime engagement in Southeast Asia as a model for its future expansion. 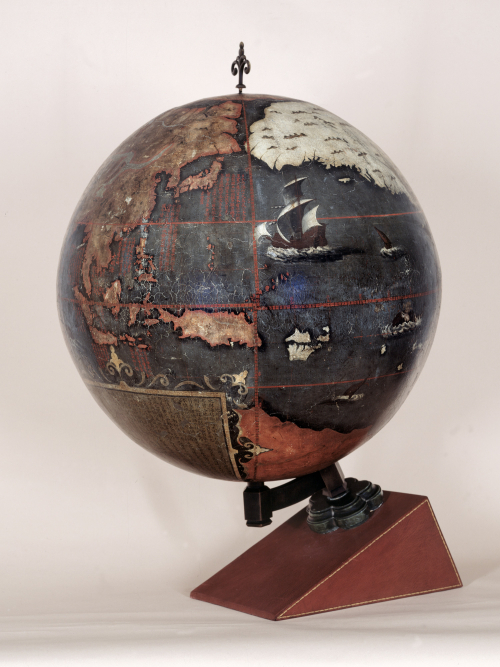 Our first keynote speaker, Timothy Brook, of the University of British Columbia, will discuss Picturing the World: Chinese Uses of European Cartography. Sailing the oceans in the sixteenth century obliged Europeans to come up with new models to visualize the world. As these models reached China toward the end of the century, Chinese cartographers reacted not by abandoning their model of the world, but by importing features of European maps and adjusting their image of the world accordingly. The impact is not always obvious, and the results can be surprising, as we watch both cultures make their way along separate paths toward seeing the world in common.

Our second panel on Entangled Histories will explore how European ideas about the past were repurposed by East Asian actors to understand or reinterpret their own histories. Dr David Mervart of the University of Madrid will discuss how Japanese translations from the Dutch work History of Japan by Engelbert Kaempfer shaped understandings of Japan’s time as a ‘closed country,’ as well as of the merits and demerits of opening the country to outside trade.

Professor Joachim Kurtz of the University of Heidelberg reviews attempts by twentieth-century Chinese historians to use the concept of the “middle ages,” derived from European history, as a meaningful way of partitioning Chinese history.

Finally, Dr Lorenzo Andolfatto of the University of Heidelberg will examine historical conditions which give rise to utopian thinking, through a comparison of the sixteenth-century England of Thomas More and the late nineteenth-century China of the novelist Wu Jianren. He suggests that a fundamental rethinking of the world and England and China’s place in it helped to stimulate both authors’ works.

The day will close with a smaller keynote from Professor Megan Thomas of the University of California, Santa Cruz. Professor Thomas will explore European Pasts in the Margins of Filipino History Making. In the late nineteenth century, when the Philippines was subject to Spanish sovereignty, young Filipino intellectuals imagining their country’s future turned to history. In writings now part of the British Library’s collections, these young men treated what they called the “pre-history” of the Philippine islands as well as the history of Spanish occupation, seeking to glean from the past what could illuminate the present and future.

The one-day conference History from Between: Global Circulations of the Past in East Asia and Europe will run from 10am-5pm on 1 April 2019 at the British Library Knowledge Centre. For more information about the research underpinning this conference you can listen to our East Asian Uses of the European Past podcast series here.

Posted by Ursula Sims-Williams at 9:37 AM