Primbon are Javanese manuscript notebooks which usually contain a personalised selection of texts relating to Islamic belief and practice, including prayers, selections from the Qur’an, instructions relating to ritual purity and performance of obligatory worship, texts on mysticism, formulae (rajah) or esoteric diagrams (da‘irah) focussed on Arabic letters or words, and notes on divination, as well as amulets for protection and other purposes. Popular texts included Kitab Sittin, the Javanese name for al-Sittūn mas’alah fī al-fiqh, ‘Sixty questions on jurisprudence’ by the Egyptian scholar Abū al-‘Abbās Aḥmad b. Muḥammad al-Zahīd (d. 1416), and the catechism of al-Samarqandi, which has been translated into Malay as well as Javanese. Although some primbon may contain texts in Javanese script, most of the contents are in Arabic or in Javanese in Pegon (Arabic) script. 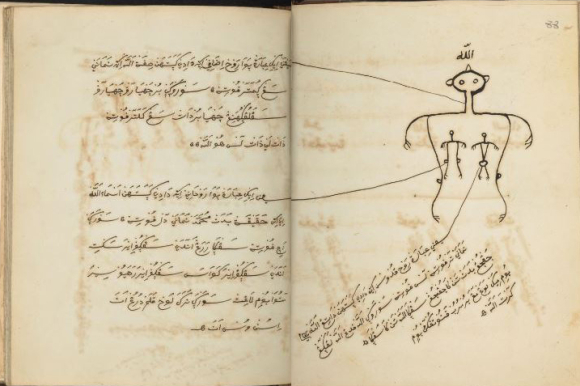 Among the 75 Javanese manuscripts from Yogyakarta now in the British Library, which were taken by British forces in 1812, are six volumes of primbon. Two (with Add. shelfmarks) were acquired by the British Museum from John Crawfurd, who served as Resident of Yogyakarta from 1811 to 1814. Those with MSS Jav shelfmarks came to the India Office Library from the estate of Col. Colin Mackenzie, who had been Chief  Engineer of the British army in Java, and comprise a large number of small separate manuscripts which were bound into larger volumes in Calcutta in around 1815. All these primbon volumes have now been digitised and are listed below; hyperlinks from the shelfmarks lead to the full record for each manuscript with further details on the contents from the catalogue by Ricklefs & Voorhoeve (1977), while hyperlinks from below the images link directly with the digitised manuscripts. It should be noted that due to the presence of different scripts and with some items bound in upside-down, many of the volumes have been foliated (page-numbered) erratically.

Add. 12311 is a manuscript entitled Primbon Palintangan Palindon Pakedutan containing texts on physiognomy and astrology, as well as other subjects. Shown below is a drawing of the rotating naga, commonly used for divinatory purposes throughout Southeast Asia, for example to determine the best time to travel, or the compatability of a couple (see Farouk 2016: 180). 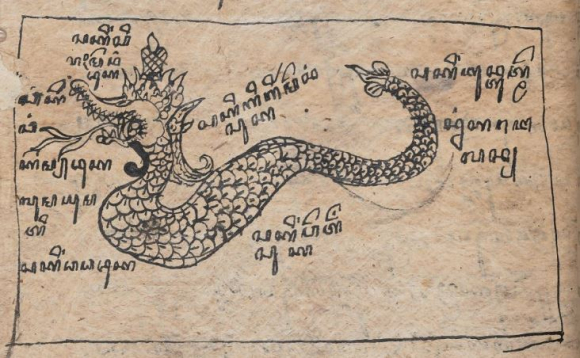 Drawing of the rotating naga in a primbon from Yogyakarta. British Library, Add 12311, f. 101v

Add. 12315 is a primbon containing assorted texts on religious subjects, including legends of Muslim religious heroes and notes on physiognomy. 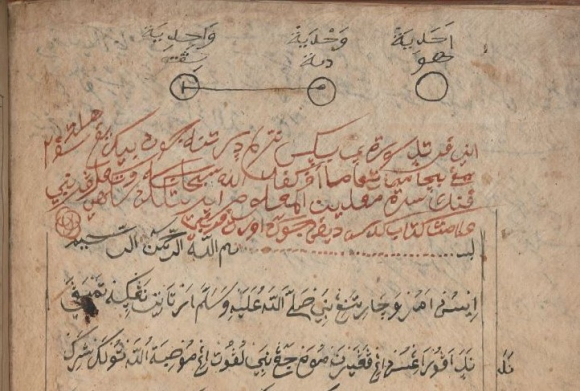 Javanese text in a primbon manuscript, with a mystical diagram above. British Library, Add. 12315, f. 208r

MSS Jav 41 is a collection of six primbon bound together in a single volume.  Two of these bear Mackenzie's annotation, 'Manner of performing ablutions,' and contain a Javanese tract with Arabic texts of prayers and formulae to be recited in ṣalāt. Two others contain a copy of Ṣifat al-nabī, ‘The attributes of the Prophet’, in Arabic; one of them bears an ownership note on f. 46r of ‘Raden Temenggung’, but without naming the individual (punika kagungan primbon Raden Tumĕnggung). Another primbon in this collection contains a Javanese translation of Kitab Sittīn in Asmaradana metre. 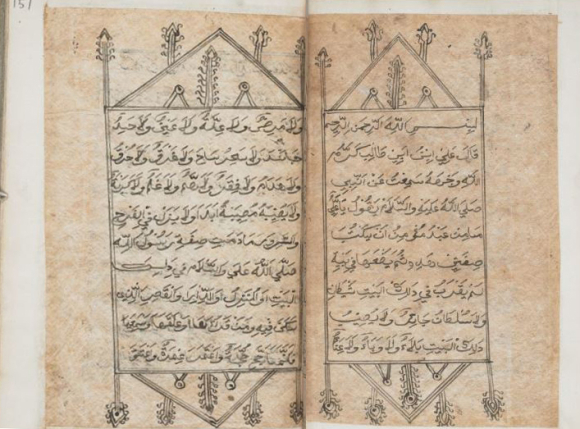 MSS Jav 42 is a collection of eight primbon within one volume. A copyist’s name can be read: Kyahi Ngabehi Rĕsasĕntika of Yogyakarta. Contents include secret names of animals (aran ing macan, aran ing kidang) and the magic names of iron and steel The volume also includes a Malay fragment on prayer (sĕmbahyang) and fasting (puasa), and lists the types of actions which negate ritual purity. Shown below is the first part of a Shaṭṭārīyah silsilah - from Muhammad s.a.w. to Ali to Jainalabideen to Imam Jafar Sidiq (as read by Ronit Ricci) - in perpendicular Javanese script found at the end of one primbon. 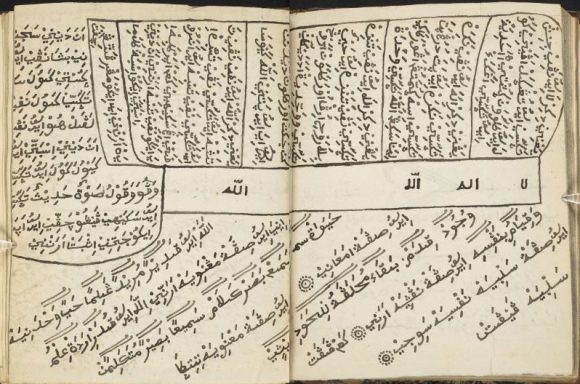 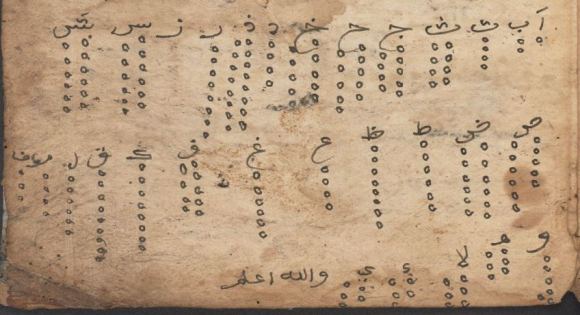 In addition to these six volumes of primbon, there are a number of other Javanese manuscripts from Yogyakarta which have been digitised with similar contents, all in Pegon script. MSS Jav 83 contains a number of tracts associated with the Shaṭṭārīyah Sufi brotherhood, including two silsilah, and other texts on prayer and dhikir. MSS Jav 85, which is called in a note at the beginning Layang sembayang lan tetamba, contains texts on prayer and healing. MSS Jav 87 has an ownership note of Kangjeng Pangeran Pakuningrat of Yogyakarta, and contains texts on religious subjects such as ngelmu.  IO Islamic 2617 contains an Arabic text on the qualities and use of stones and jewels, with an interlinear version in Javanese, as well as Javanese texts on ritual prayer, medicines and amulets, and two genealogies, one of which begins with Majapahit and ends with Kanjĕng [sic] Gusti Pangeran Dipati Yuja, probably the Crown Prince of Yogyakarta, later Sultan Hamĕngkubuwana II. 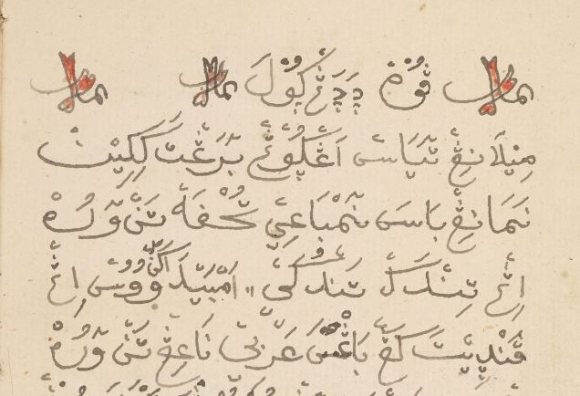 Beginning of a text in dandanggula metre, in a manuscript from Yogyakarta. British Library, MSS Jav 87, f. 36v

Posted by Annabel Gallop at 1:03 AM