Curators for different collection areas, along with all other members of staff, have taken this new mission seriously. We are aware that the extensive and rich source materials in our collections are of no use unless our users can access them, or at least become aware of their existence. In the Asian and African Collections, curators have been encouraged to clear backlogs and to make source material in their collections searchable online. 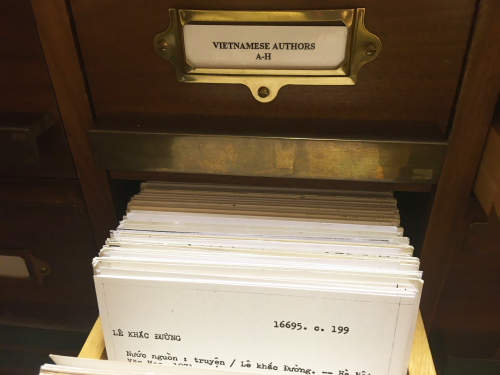 Drawer of Vietnamese catalogue cards, filed by name of author, in the Asian and African Studies Reading Room in the British Library at St Pancras in London

The Online Computer Library Centre (OCLC), the first online library catalogue, was launched at Ohio University in August 1971. Although this seminal event occurred almost half a century ago, it was a long time before online cataloguing was adopted by institutions worldwide. Even into the 1980s and 1990s, some collections were still being catalogued manually, often due to issues relating to the transliteration of non-Roman scripts and the use of diacritics. The cataloguing of the Vietnamese collection at the British Library fits into this category perfectly, due to problems with inputting the double diacritics needed for Vietnamese. When I took up my post as curator for Vietnamese at the British Library in 2005, most of the printed materials in our collection were still catalogued using old-fashioned catalogue cards, and hardly anything was searchable online. One of my major tasks has been to retroconvert the Vietnamese card catalogue onto the British Library’s online catalogue, and that task is now virtually complete. 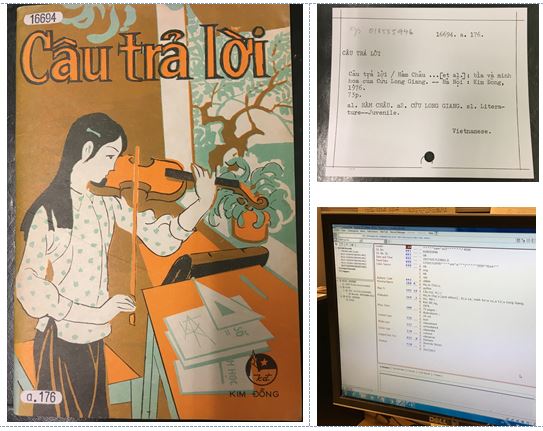 This mammoth project was conducted in two phases. Phase one started in around 2007, two years after I took up my post. I called up almost every single Vietnamese printed book to physically check that it was the correct one before I created an online record. This process was slow but was more likely to lead to fewer mistakes, such as mismatches between shelfmarks and items, or duplications of records. It took me a long while, until in October 2014, I was able report with some satisfaction that the retroconversion of the Vietnamese printed collection had been completed. However, the satisfaction of this achievement turned out to be rather short-lived as, not long afterwards, in June 2016, during office relocation moves one of my colleagues found four cardboard boxes brim-full of Vietnamese catalogue card in her area. When I randomly checked some cards to see whether they had been retro-converted in the first phase, none of them came up on an search on the British Library’s online catalogue Explore, meaning that all these cards also had to be recatalogued online. 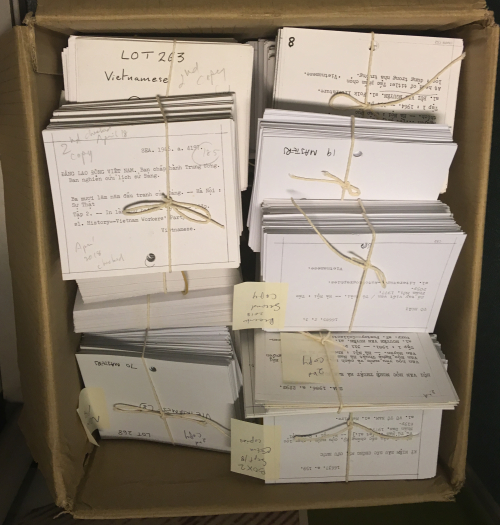 One of the boxes of Vietnamese catalogue cards discovered in 2016

Hence my second phase of retroconversion began in August 2016. Judging from the amount of cards in those four boxes, which seemed to number well over 10,000, I couldn’t afford to use the same very thorough method for cataloguing as I had done in the previous phase. I therefore decided to rely on the bibliographic record appearing on each card as the major source for recataloguing, and only if there were serious doubts or queries would I call up the physical item in question to check. This method helped to speed up the cataloguing process. Fortunately, a large proportion of cards turned out to be duplicates and could be discarded; in the end, only just over 2,400 catalogue cards had to be retroconverted.  During this second phase of retroconversion, I found that issues certainly arose from not having physically seen all the items before creating new online records. There were sometimes mismatches between shelfmarks and items, or different items shared the same shelfmarks. These problems had to be resolved, for otherwise they would have caused confusion and frustration for users when calling up items for consultation. 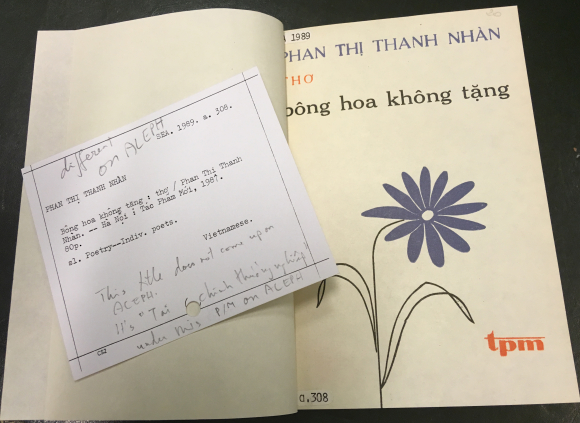 An example of a cataloguing problem: the online catalogue gives a different title with the same shelfmark

Finally, I can now at last report that all our old Vietnamese catalogue cards, except for just a few problematic ones, have been retroconverted and are searchable online through Explore. Together with new acquisitions, there are now more than 10,900 titles in the Vietnamese collection ready for our readers.  I very much hope that the completion of this project will enable our readers to access more readily source material in Vietnamese in the British Library, either for research or enjoyment, as set in our Living Knowledge mission statement. 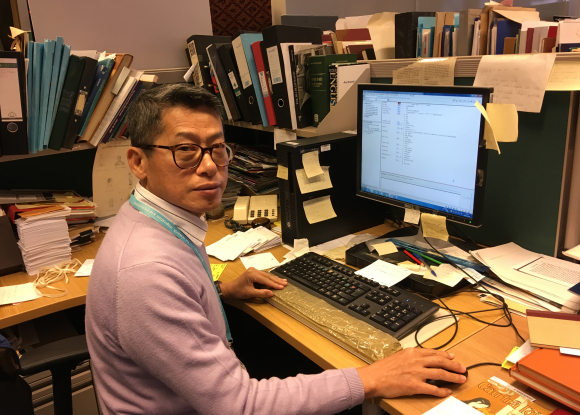