Soviet Labour Unions in Uzbekistan in the 1920s: Views from the Magazine Mihnat

As a Chevening British Library Fellow, I am currently working on the British Library’s Turkish and Turkic periodicals published from the 1920s to 1930s. Most of these magazines are written in the Arabic and Latin scripts. This is what unites these materials; what distinguishes them is their coverage of different themes. In particular, a magazine named Mīḥnat provides us with a view of labour unions in Soviet Turkic states. It is a periodical about work, workers, and labour unions in Uzbekistan in the early Soviet period. The magazine was a joint periodical of three organizations: the People’s Labour Commissariat, the Soviet Professional Union, and the Central Social Insurance of the Uzbek S. S. R. It was published in 1926 and 1927. Several volumes of this magazine are held at the British Library under the shelfmark 14499.tt.23. Mīḥnat was published in two languages: Old Uzbek (Chagatai) in Perso-Arabic script and Russian in Cyrillic script. In 1927, the magazine had 1500 subscribers and more than 30 permanent correspondents supplied it with materials. Today, this magazine Mīḥnat is important for us as a way to better understand Soviet labour unions and their activities. 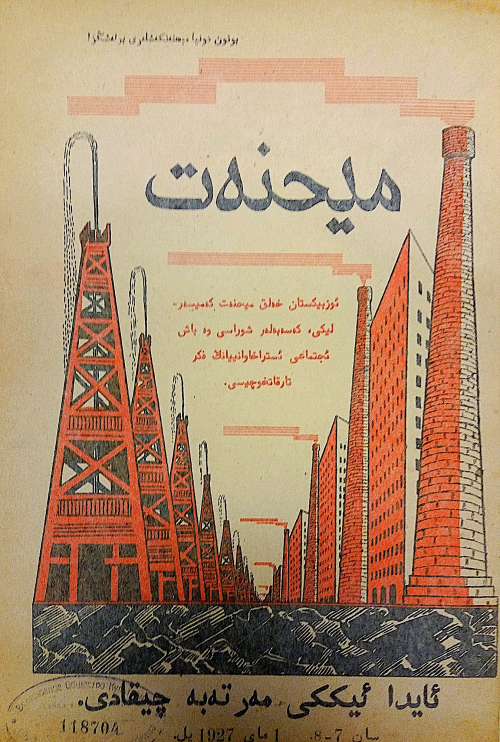 When the Bolsheviks came to the power, they attempted to create a group of workers that would support their aims. As a consequence, labour unions began as a way to gather craftsmen and workers in one place under one purpose. To this end, Soviet authority needed a link to connect workers with labour unions. In the Uzbek S. S. R., a magazine named Mīḥnat took on this role. Soviet authorities used this magazine to share their views with local workers and to involve every individual possible in labour unions. Every profession had its labour union and these unions obeyed the Central Council of Labour Unions.

The early pages of the first issue of Mīḥnat each year begin with the publication of speeches of officials delivered at the annual congresses of the labour unions. These speeches cover the reports and future plans of the union, including how to increase the membership, the financial state of the union, the range of salaries, unemployment issues, the organisation of cultural events, and the publication of books about the labour union’s activities in the local language to attract local workers, and so on. 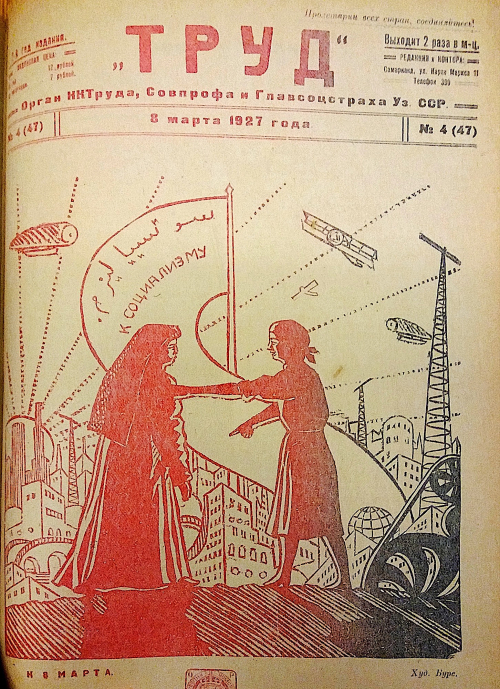 Early suggestions proposed by officials and employees on improving the activities of labour unions concerned administrative issues. In particular, Y. Gārbūnāv offers in his article to put pressure on members, workers and factories to induce them to follow the decisions of labour unions. Later on, a reorganisation of labour unions is proposed based on dividing them into zones to reduce expenses and improve control. Subsequent issues raised concerned the financial aspects of the union with the content mainly dominated by matters such as reducing expenses and increasing the revenue of labour unions. One author named Lāzāvskī writes that the main source of income came from membership fees and, for this reason, he suggested recruiting new members as fast as possible.

One task of the labour unions was to establish rest conditions for workers and to organize their summer holidays. Labour unions became engaged in “social insurance” which, in Soviet Uzbekistan in the 1920s, meant organizing excursions to famous places, establishing social clubs, as well as sending workers to sanatoriums and holiday-homes for recreation. An analysis of the articles in Mīḥnat, reveals the limitations and difficulties faced by the unions because of a lack of financial resources and unfinished administrative procedures. The magazine would offer solutions, for example, by suggesting that the regional branches could be responsible for the allocation of “social insurance” because they knew who most needed it. 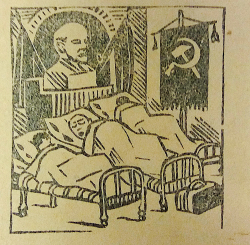 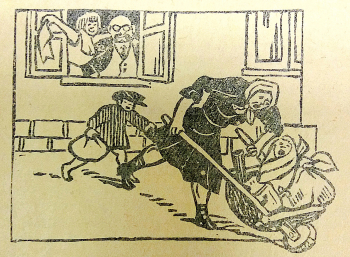 Special issues of the magazine dedicated to one specific topic of concern were also published. For example, volume 4 of 1927 was concerned with women members of the labour unions who in 1926 represented 15.7% of the total membership in the Uzbek S. S. R. This issue mentions that the union’s main task was to involve them in the activities of the Soviet labour unions. Soviet authorities believed that local women would only be liberated when economically independent and so, via the Mīḥnat, labour unions offered to fight for the “freedom of women” by creating special schools for them and involving them in manufacturing. Furthermore, planning cultural events for women was seen as one of the best ways to attract them to Soviet ideology. In addition, this magazine was one of the first periodicals in Soviet Uzbekistan to publish an article proposing allowances for women workers for pregnancy and child-birth.

The magazine Mīḥnat usually published letters from factory and plant workers in every volume in a section entitled Maḥallardan khātlār (“Letters from places”). These letters were not limited just to the achievements and problems of the working processes in factories, but also covered issues concerning the active or passive work of the labour unions in them. For example, while a sugar worker was boasting about social clubs and an in-factory bulletin posted on walls promoting socialism in his factory, his colleague in the food industry was complaining that the labour union was not organizing cultural events at his place of work. Some workers wrote letters asking for the opening of a canteen in a factory or the building of medical centres and schools around factories located in the countryside. There were also letters of complaint concerning workers’ economic and social conditions, describing bad working conditions in factories, low salaries, and a lack of housing for workers. 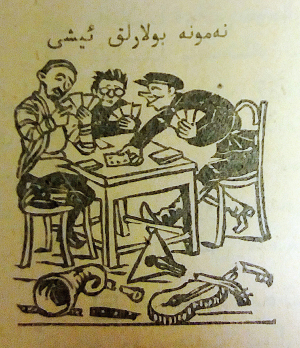 This is just a short description of one of the Turkic periodicals I have been working on. The main goal of my Chevening British Library Fellowship project is to explore and enhance the British Library’s Turkic-language collections. As a part of this project, I am creating a spreadsheet that covers every article in the Turkic periodicals held in the Library and am adding romanized and original script titles of articles and publications, published years, issues and subjects. This has made it possible to document the magazine Mīḥnat based on the data included in the spreadsheet. More than this, my aim is to show how classifying each article in these periodicals helps us to distinguish their different features at the same time contextualising them as part of a whole.

Posted by Ursula Sims-Williams at 6:00 AM