In January 2019 the British Library began a new research project with the Centre for Art and Archaeology (CA&A) at the American Institute of Indian Studies in New Delhi, focused on our Visual Arts collections. The project has been funded through a grant from the Department for Business, Energy and Industrial Strategy, the project is part of  the Rutherford Fund – a major UK Government investment launched in 2017 to promote international research collaboration.

The Vijayanagara Research Project examines both the Visual Arts collection of material (prints, drawings and photographs) related to Hampi Vijayanagara, a UNESCO World Heritage site in south India, including a recently acquired collection of modern architectural and topographical plans of the site produced by Dr George Michell and Dr John Fritz over a 30 year period. Sagera Kazmi, the Rutherford Fellow hosted by the British Library is researching and editing the metadata for the collections that will be made available later this year through Explore Archives and Manuscripts catalogue. 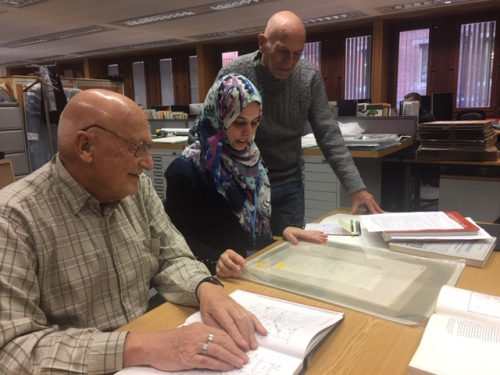 On 25th March, we hosted a a day long workshop to bring together colleagues and researchers from relevant institutions who work on Hindu temple architecture and sacred spaces in South Asia. Participants included Dr Purnima Mehta (Director General, AIIS), Dr Vandhana Sinha (Director, CA&A), Rizvi Syed (Librarian, CA&A), George Michell, John Fritz, Richard Blurton (British Museum), Nick Barnard (V&A), Crispin Branfoot (SOAS), as well as colleagues from the British Library. The aim of the workshop was to introduce the project and provide a forum to discuss how the VRP can have an impact on future academic research, digital humanities and cultural heritage management. 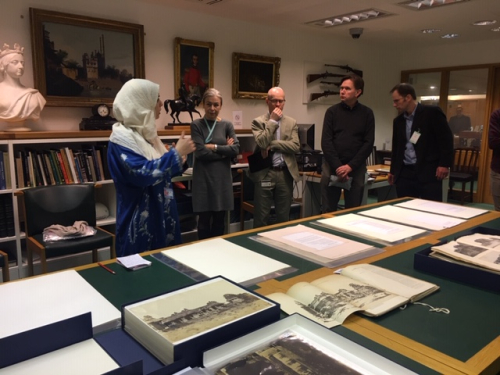 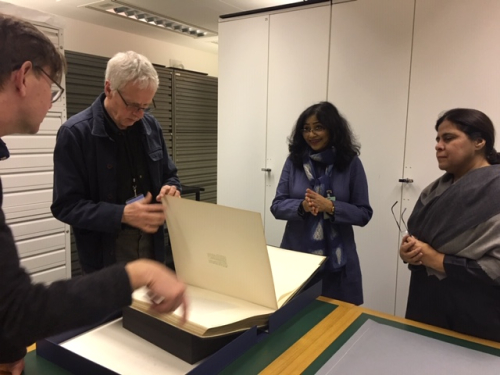 As part of the day, Sagera Kazmi, the Rutherford Fund Research Fellow who is currently being hosted by the British Library from the AIIS CA&A, presented material from the VRP collections, including some of those produced by Michell and Fritz. Work undertaken by Michell, Fritz and their teams since 1986, has resulted in over  pencil and ink drawings of the architectural features of numerous buildings and temples found at Hampi Vijayanagara which have recently been donated to the British Library. These important archaeological records provide a chronological continuation of the Library’s established historical collections related to this site and will act as an important resource for researchers in a variety of fields. 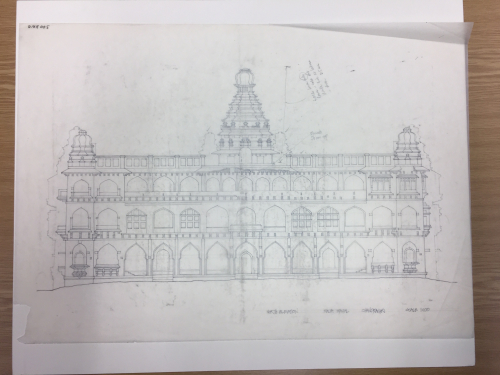 Wider collection items were also displayed during the workshop, including a plan of the site produced between 1780 and 1820. This map, part of the MacKenzie collection, shows the topography and fortifications found at the site during Colin MacKenzie’s survey of the Ceded Districts in the early nineteenth century. Other collection items included watercolour paintings of some of the buildings at the site and also photographs from the Archaeological Survey of India photograph series. 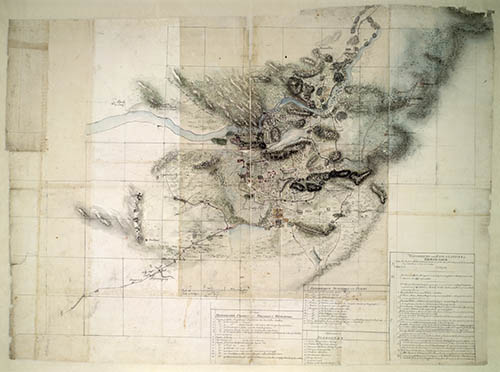