‘South Asia Seriesʼ in Summer and Autumn 2019 is packed with exciting and diverse set of speakers and talks based on the British Library ‘Two Centuries of Indian Print’ Project and South Asia Collection. Subjects range from credit relationships in the South Asian countryside, archives and the circulation of circus histories and colonial animals, war-time experiences of workers at the Calcutta Port, Partition refugees and national development in India, women writers of the Progressive Movement in north India, Jagadish Bose and the politics of science in colonial India, letters and photographs from World War II, to screen-writing practices in the first Indian talkies and early modern masculine sexual health! The speakers include scholars and academics in the UK and elsewhere, who will share their original and cutting-edge research, followed by discussions facilitated by BL curators and other specialists in the field. The presentations will take place at the Knowledge Centre at the British Library, between 6.15-7.30pm and will be free for all to attend. 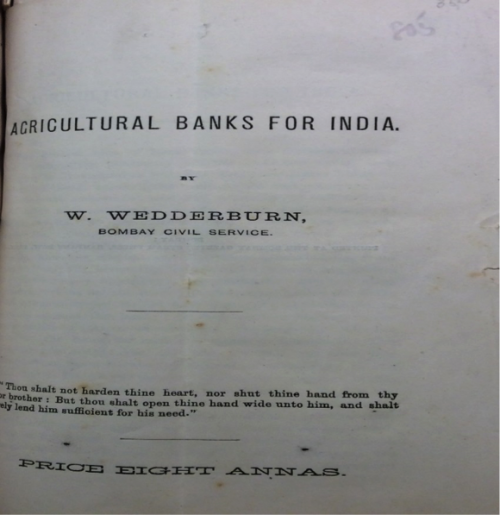 On 10th June 2019 Meghna Chaudhuri from New York University (NYU) will talk about credit relationships between 1870 and 1905. The talk entitled Cultivating Value in the South Asian Countryside will discuss how the colonial construction of the irrational peasant extends to the image of the “traditional” peasant which continues in contemporary development discourse. It reveals the significance of experimental financial interventionism in India from the 1870s to the global emergence of a discourse on incomplete integration of agrarian hinterlands to the global economy. 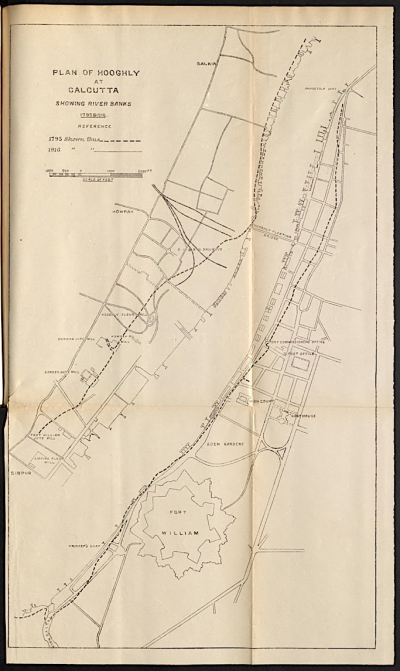 On 17th June 2019, Debjani Bhattacharyya who teaches at Drexel University, Philadelphia will speak on the history of the growth and development of the city of Calcutta in the nineteenth century through the aspects of land-making and land-reclamation as urbanization. Taking the example of the growth and settlement of Calcutta in the swamps of Bengal, this talk will explore how we came to inhabit land-making and land-reclamation as urbanization through the nineteenth-century. In her talk  A History of Swamps, or How We Built Sinking Cities?, she will use a couple of case studies beginning from 1770s to argue that property and its many instantiations in law and economy became a tool for transforming the landscape and ecology of the delta in creating Calcutta. 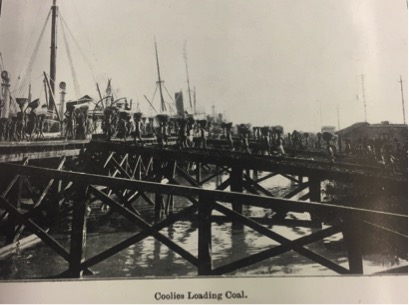 On 15th July 2019 we have Prerna Agarwal, a postdoctoral fellow at the London School of Economics (LSE) speaking on The Political Potency of Wartime Experiences of Workers at the Calcutta Port. With the opening of China-Burma-India theatre of the World War II in the summer of 1942, Calcutta Port became one of the key ports for the Allies. This talk in focussing on the Port labour during the war will reflect on the everyday and momentous experiences of the labouring section of the population as they shaped labour politics in the crucial years before Indian independence. 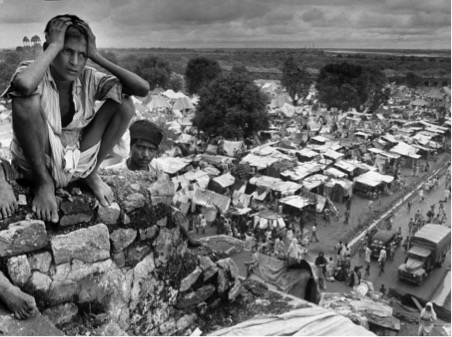 Our first book salon within the South Asia series will bring together historian Uditi Sen (Nottingham University), Tanika Sarkar (JNU), Joya Chatterji (University of Cambridge) and others in a roundtable discussion entitled Partition Refugees and National Development in India on 29th July 2019. Uditi Sen’s recent book, Citizen Refugee, weaves together archival research and oral history to explore how the rehabilitation of Bengali refugees became the site of the evolution of a pan-Indian governmentality of rehabilitation. This roundtable discussion will explore the key insights and contributions of this study, ranging from the role played by caste and gender in moulding the experiences of refugees, to hitherto unexplored legacies of partition in patterns of governance, discourses of citizenship and in popular politics in India. 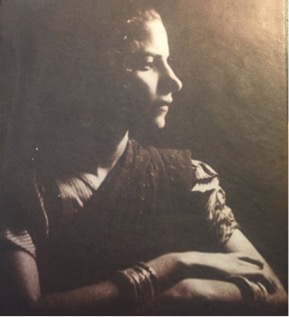 On 5th August 2019 we have Farha Noor from University of Freiburg/University of Heidelberg speaking on women writers of the Progressive Movement in north India. The talk entitled Witnessing History, Writing Nostalgia: the Progressive Women will investigate the entanglements of genre and gender while rethinking Nostalgia and its relationship with forms of life-writing. Furthermore, editorial intervention like processes of selection, collection and translation will be considered to probe into the concept of Witness and tease out the politics of text as performance. Yaad ki Rehguzar by Shaukat Kaifi, Hum Sath The by Hamida Salim and Humsafar by Hameeda Akhtar are some of the works that will be discussed in this talk. 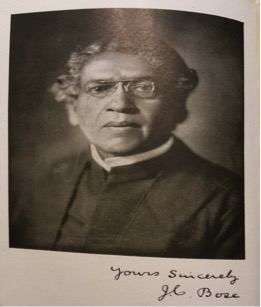 Later in the month Christin Hoene, a Leverhulme Early Career Fellow at the University of Kent, will be speaking on the philosophy of science in colonized India. The talk entitled, Jagadish Chandra Bose and the Politics of Science in India on 12th August 2019 will focus on Jagadish Chandra Bose (1858–1937), the Indian scientist and polymath, who first gained international reputation for his work as a physicist in the 1890s. Bose recalled in a speech at the University of Punjab in 1924, the prevailing prejudice in the west was that “no great contribution to exact knowledge could be made in India, since the Indian temperament was merely speculative and dominated by exuberant imagination”. He argued that imagination and science are not mutually exclusive, and criticised the strict disciplinary boundaries of western science and instead promoted a holistic philosophy of science, thus creating a philosophy of Indian science that was resolutely independent. 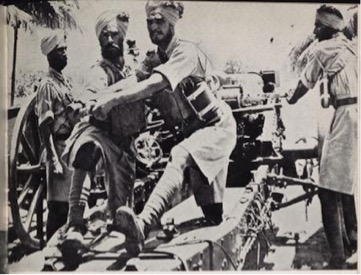 On 23rd September 2019 we have Diya Gupta from King’s College London speaking on World War II Letters and Photographs: Recovering Indian Experiences. Soldiers’ letters were written in Hindi, Gurmukhi, Urdu, Bengali, Malayalam and Tamil, and often dictated to scribes by Indian non-literate sepoys. They were then translated for the censor, who compiled quotations from the letters into a report testifying to the Indian soldiers’ ‘morale’. This talk will examine the relationship between censorship and the text, particularly as the latter shifts from the verbal to the transcribed, Indian vernaculars to the English language. It will explore how we receive insights into the emotional lives of colonial soldiers through the censored word. 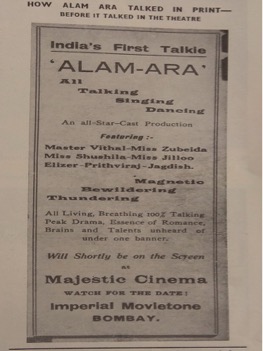 Rakesh Sengupta, a doctoral candidate at SOAS will be speaking on Screenwriting Practices during the First Indian Talkies on 21st October 2019. The widespread circulation of screenwriting manuals for amateurs constituted a pedagogical infrastructure separate from, but parallel to, the other infrastructural flow of ideas and professionals from the Parsi theatre into the Indian film industry. The autobiographical accounts of some of the first playwright-turned-screenwriters bear testimony to the spaces they negotiated for themselves in the talkies after a successful stint with the Parsi stage. The talk shall explore the practice and discourse of screenwriting during the first Indian talkies through a study of the margins of print, theatre and film history. 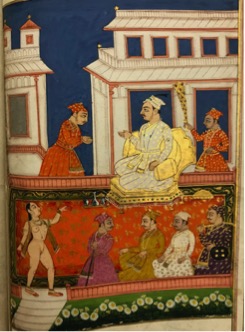 We will end our talks for this year on 28th October 2019 with Sonia Wigh from the University of Exeter speaking on Hungry Stomach, Heated Body: Exploring Early Modern Masculine Sexual Health. This talk will discuss Persian textual sources produced between c.1650-1750, to argue that impotence or lack of/waning desire, was one of the major anxieties embedded in early modern constructions of South Asian masculinities. It will demonstrate how individual sexual medical health was intrinsically linked not only with Indo-Persian humoral theories but with the desire to increase sexual power and vigour (quwwat-i bāh). The talk will also comment on the gradience in the production and consumption of sexual medical knowledge in the eighteenth century.

No advance booking is required, and the sessions are free to attend. For further information, please contact Dr. Priyanka Basu, Project Curator of ‘Two Centuries of Indian Print’. Please do come along, listen and participate!

Posted by Ursula Sims-Williams at 3:09 PM