What does it mean to be an Arab feminist in 2019? How does the legacy of previous generations intersect with current creative practice and globalised movements like #MeToo? Three artists using diverse artforms discuss and perform their work. French-Moroccan journalist, commentator and Prix Goncourt-winning novelist Leïla Slimani‘s recent nonfiction work on Moroccan women’s sexuality generated much debate. Award-winning Egyptian graphic novelist and web comic artist Deena Mohamed is the creator of the veiled female superhero Qahera. Badriah al Beshr is a Saudi journalist, chatshow host and novelist known for tackling women’s issues. 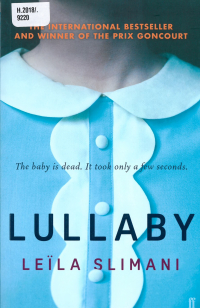 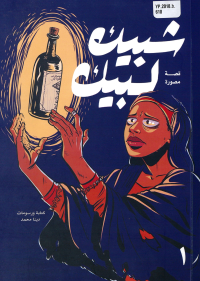 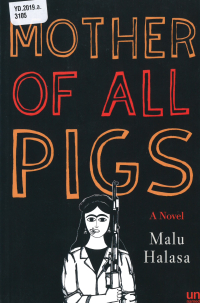 Malu Halasa has co-edited five anthologies on Middle East culture and politics. Her debut novel, Mother of All Pigs, unveils contemporary life in Jordan, as one family confronts its secrets over the course of a weekend’s festivities. At times witty and energetic, compassionate and awe-inspiring, an Arabic translation is forthcoming in 2020. Malu Halasa reads from and discusses her novel and practice.

Building on Shubbak’s 2017 inaugural queer panel, Bold Voices brings together a new range of artists at the cutting edge of LGBT+ creative expression. Three artists from this exciting and defiant scene present their approach ranging from comics to storytelling and activism. From Beirut comes poet, playwright and actress Dima Mikhayel Matta, the founder of Beirut’s storytelling platform Cliffhangers. Syrian Swedish novelist Khaled Alesmael's Selamlik, a homoerotic depiction of Syria, has sold over 2,000 copies in Sweden. Joseph Kai, whose comics centre around the unspoken, marginalization and gender, is editor at the Lebanese collective Samandal. 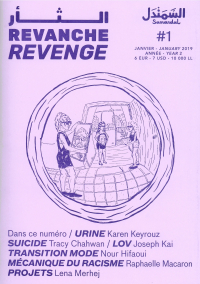 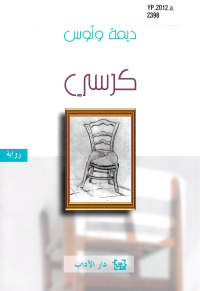 Damascus-born Dima Wannous is a writer and cultural journalist. She has written for multiple Arab and international newspapers, managed the cultural section of the online magazine Modon, and hosted a cultural TV show from 2008-18. Her second novel, The Frightened Ones, focuses on the notion of fear and how central it is to dictatorship. Shortlisted for the International Prize for Arabic Fiction in 2018, the novel is about to be published in Elisabeth Jaquette’s English translation. Dima Wannous reads from and discusses her novel and practice.

Bakhtiyar Ali is a prominent Iraqi Kurdish novelist and literary critic, essayist and poet, awarded the prestigious Nelly Sachs Prize in 2017. His novel I Stared at the Night of the City was a bestseller in Iraqi Kurdistan and made history as the first Kurdish novel ever to be published in English translation. He is joined by his translator Kareem Abdulrahman, currently completing the translation of Ali’s next novel The Last Pomegranate, to read an exclusive extract and to discuss contemporary Kurdish literature in the Arab region and beyond. 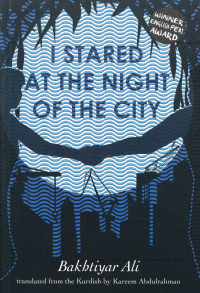 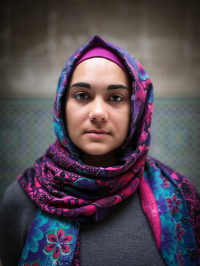 Gathering personal narratives through interviews, researching the sound archives in the British Library and walking through West London’s streets, the artist discovered the agreements between Morocco, Spain and France as the catalysts to Moroccan presence in the city. 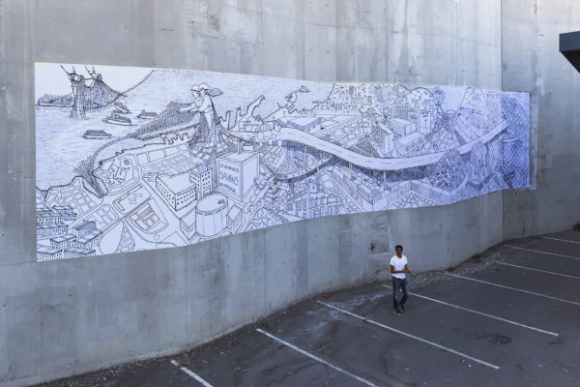 Drawing from this material she will create one of her distinctive maps. Seemingly simply rendered in black and white, they are filled with richly textured incident and associative connections. Charting routes between Morocco and London, and recognising original dreams and aspirations as well as today’s experiences of second and third generation young people, the artist invites the viewer to reflect on themes of citizenship and belonging.

Aïcha El Beloui’s map will be available in paper formats, digitally and as an installation, travelling to different sites across the city.

Aïcha El Beloui is a Casablanca-based illustrator, graphic designer, and creative director. Trained as an architect, she worked originally for UNESCO in heritage preservation. She regularly works with communities to discover a neighbourhood and filters her observations into maps and illustrations.

Bricklab, the designers of the first Saudi pavilion at Venice Architecture Biennale, create a new pop-up sculpture especially for Shubbak. 22 brightly coloured units equalling in number the 22 states of the Arab League are arranged in different constellations to offer new viewpoints of geographies, nations and the power to imagine other realities. No unit can stand on its own, but has to be grafted onto others. Some constellations seem hierarchical, others more egalitarian. Geographical Child’s Play conjures up poignant and surprising alignments and dependencies. Stretching nearly 10m as a line or barely 3m as a circle, Geographical Child’s Play is Bricklab’s most public and engaging sculpture so far. 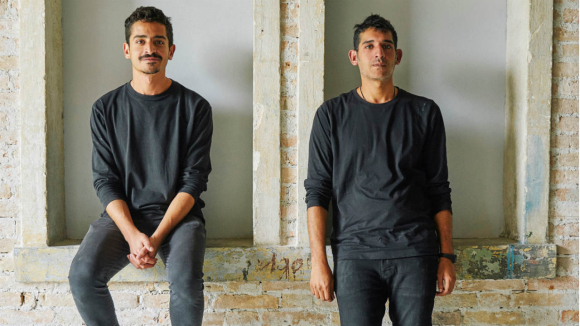 The bright colours and low level hint at nursery furniture or playground equipment. It is an invitation to imagine geopolitics through the lens of play and a deliberately naïve hope.

Established in Jeddah in 2015 Bricklab (Abdulrahman and Turki Gazzaz) quickly established itself as one of the most dynamic current design practices in Saudi Arabia. Their work has been shown at 21,39 Saudi Art Week, Alserkal Avenue in Dubai and Venice Architecture Biennale. In 2018 they took part in the British Council and V&A International Designers Workshop.

Posted by Annabel Gallop at 7:03 PM