This is the fourth of a series of blog posts looking forward to the British Library exhibition on Buddhism, 25 Oct 2019 – 23 Feb 2020

The Buddhist rainy season retreat or Buddhist lent, which started on Dhamma Day last month (17 July), is used by many Theravada Buddhists to enter the monastic order, Sangha, for the whole three months of the Buddhist lent. Ordination can also be for a shorter or longer period of time, depending on personal circumstances and decisions.

The practice of monastic ordination goes back to the time of the historical Buddha. Soon after he attained enlightenment, the Buddha founded a community of disciples called the Sangha. He started to form his bhikkhu-sangha with only five monks; but because of the rationality of the Dhamma he soon gained a large number of followers. Yasa, the son of a rich man, joins the monkhood to become the sixth bhikkhu after the Buddha’s five chief disciples. Fifty of Yasa’s friends followed his example and joined the Sangha. Burmese manuscript, 19th century. British Library, Or 14553, f. 2

The Sangha is central to Theravada Buddhism. In the context of Buddhist monasticism, one who enters into a monastic life should for all purposes aim at the extinction of the three root causes of suffering (dukkha) – ignorance, aversion and greed – in order to put an end to the cycle of rebirths (samsara). Monastics shave their heads, wear robes in a shade of yellow, orange or ochre, study the Buddhist doctrines, observe a particular number of precepts depending on their religious advancement, practice meditation and spread the Dhamma, the Buddha’s teachings. Eight requisites (attha parikkhara) allowed to a monastic include three yellow, orange or ochre robes (i.e. the lower loincloth, the upper inner robe and the large top robe), an alms bowl, a razor to shave the head, a needle for mending clothes, a water strainer, and a cloth girdle. 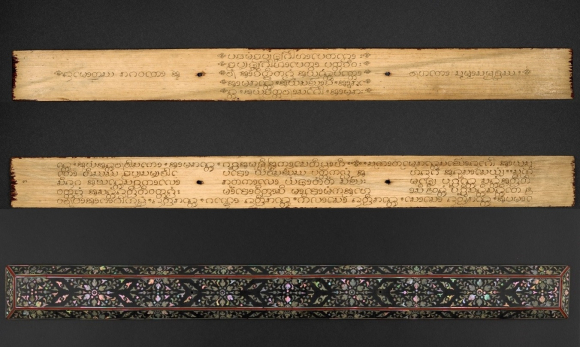 The eight requisites of monastics and some additional items like a ceremonial fan and a shoulder bag for travelling are normally donated by the lay community as acts of merit, along with food, medicines and objects for daily use. Making merit is at the centre of Theravada Buddhism and shapes the interaction between Sangha and the lay community. High levels of merit-making are regarded as a sign of peace, happy relationships and prosperity within the community or the entire country. 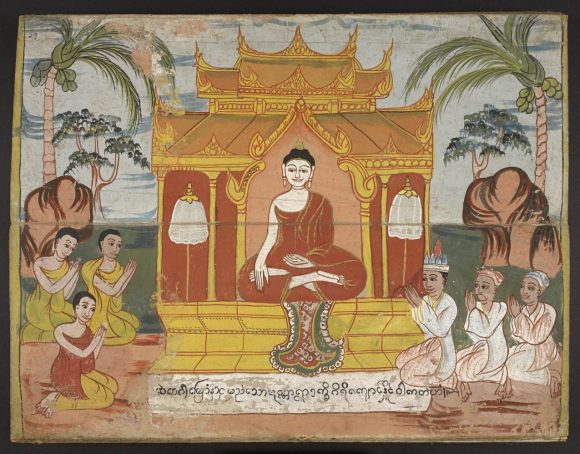 During the rainy season retreat, vassa, the Buddha stayed in one place of residency to teach the Dhamma. The rains retreat is a three-month period (July to October) where the Buddha did not travel from one location to another. The Buddha ordered his disciples to avoid travel for this three-month period during the rainy seasons. Burmese manuscript, 19th century. British Library, Or 14823, f. 29

The Sinhala Ordination was introduced into Burma from Sri Lanka in the 12th century. In 1423 CE, twenty-five monks from Chiang Mai and eight monks from Angkor travelled to Sri Lanka and brought the Sinhala Ordination to Thailand. In 1476 CE, twenty-two monks from Burma were sent in two ships to the island. They were duly ordained by the Mahavihara monks at the consecrated sima (ordination hall) on the Kalyani River, near Colombo. Upon the return of these monks, King Dhammaceti (1471-1492 CE) built the Kalyani Sima in Pegu (Bago), where monks from neighbouring countries received their ordination.

There are 227 monastic rules for a bhikkhu (monks) and 311 monastic rules for a bhikkhuni (nuns) as described in the Vinaya Pitaka under the section of Patimokkha, which includes abstaining from eating after midday and refraining from handling money. After the death of King Suddhodana, father of the Buddha, the widowed queen Mahapajapati Gotami went to the Buddha and asked him to allow women to be fully ordained. The Buddha initially refused her request as the reality of living nunhood posed a hardship for the women. After the Buddha’s disciple Ananda pleaded, the Buddha granted the request of Gotami on her promise to accept certain important rules to qualify her for ordination. Gotami, the Buddha’s foster mother was the first woman to be ordained in Buddhism to become a bhikkhuni. After Gotami’s ordination and the ordination of her five hundred followers, more and more women became nuns during the life time of the Buddha. 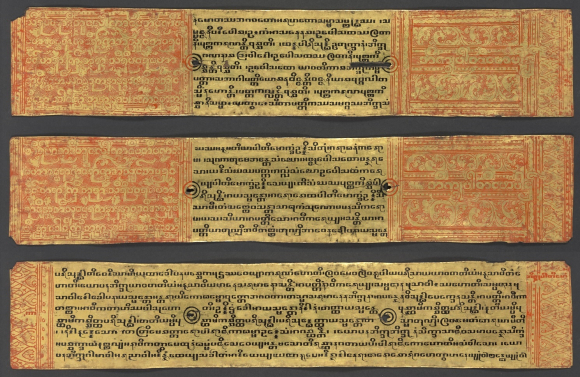 Although there is currently no formally acknowledged Order of Bikkhuni in Burma, Thailand or Laos, upasika (women who take vows) play important roles in society. They shave their heads, wear light yellow or white robes, keep eight or ten precepts, study the Buddhist doctrines, practice meditation and spread the Dhamma. They are also educators for women who wish to become upasika. They help carry out religious rituals and ceremonies, and they give support to elderly women, widows and orphans who are left without family. Currently, there are strong endeavours to revive full ordination of women and to get formal acknowledgement of the bhikkhuni-sangha in several Southeast Asian countries. It is said that the bhikkhuni-sangha and ordination of nuns in the Theravada tradition had died out about 1000 years ago. Nonetheless many manuscripts containing the entire Bhikkhuni-patimokkha were still produced in Southeast Asia during the 18th and 19th centuries, and this leads to the question as to why this was done, if the Order of Bhikkhuni had indeed been non-existent for centuries.