Vietnamese manuscripts in the British Library

The Vietnamese collection at the British Library holds a small number of manuscripts, written in Chữ Nôm (Sino-Vietnamese) characters, and dating from 17th to early part of 20th centuries. One manuscript was present in the collection of Sir Hans Sloane at the founding of the British Museum and its library in 1753; another was acquired in the late 19th century; and the remainder came into the British Library in the late 20th century. There are six imperial scrolls and three manuscripts in bound codex form, one of which comprises a set of ten volumes, and all have been fully digitised with funding from the Henry Ginsburg Legacy.  The nine manuscripts are described below, with links to the catalogue entries and digitised versions, and to earlier blog posts.

Two scrolls of Emperor Cảnh Thịnh (Or. 14817/A and Or. 14817/B)
These edicts were issued in May 1793 by the Tây Sơn ruler to welcome Lord Macartney, head of the diplomatic mission on its way to establish commercial relations between Britain and China. The ships were struck by a storm off the cost of Central Vietnam and needed to replenish provisions, leading Lord Macartney to seek help from the Vietnamese ruler.

All these imperial scrolls are written on yellow paper and elaborately decorated on the front with patterns of dragons with five claws, both features being royal prerogatives. On the reverse, they are decorated with four mythical creatures, namely, the dragon, the phoenix, the turtle and the unicorn. The only exception is Or. 14631, which has different patterns on the reverse: it is adorned with two flower pots and symbols of longevity, instead of the usual four mythical creatures.

Tale of Kiều (Or. 14844)
This copy of the Truyện Kiều manuscript was completed around 1894. Each page is beautifully illustrated with scenes from the story, and the book is bound in a fine yellow silk cover with dragon patterns. Nguyễn Quang Tuân, a Vietnamese scholar who inspected the manuscript, is of the opinion that this manuscript bears some royal significance because the dragon on the cover has the five claws, a characterisation normally reserved for imperial use only. Another significant feature of this manuscript is that it bears annotations by Paul Pelliot (1878−1945), the renowned French Sinologist, who bought the manuscript in 1929. By 2015 the manuscript was in poor condition; in particular its very thin paper had become very brittle and was torn in places due to acidity and wear and tear. Fortunately, the conservation team at the British Library was able to fully restore this invaluable manuscript to its former glory. 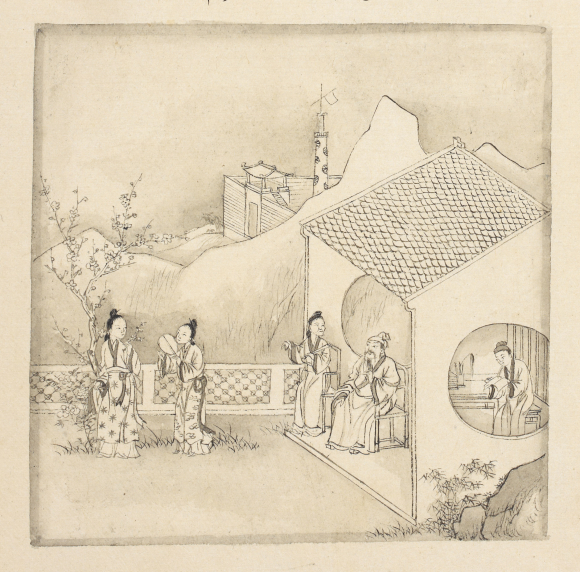 A rare Vietnamese map of China (Or. 14907)
One of the most interesting Vietnamese manuscripts in the British Library is Bắc Sứ Thủy Lục Địa Đô or, in Chinese, Beishi shuilu ditu, ‘The northwards embassy by land and water from Hanoi to Beijing’. Written in the Vietnamese language in Chinese characters (chữ Hán) and dated 1880, the manuscript is a complete visual record of the route from Bắc Thành (the former name of Hanoi under the Nguyễn Dynasty) through China to Beijing, taken by envoys of the Vietnamese Emperor Tự Đức (r.1847-1883) on their tribute-bearing mission in 1880. 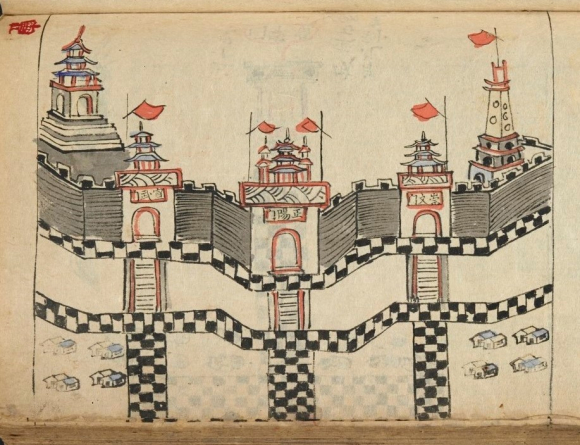 This work was probably created as an archival record of the journey. Roads, mountains, waterways, bridges, buildings, cities and towns are all clearly depicted, as are the points of departure and arrival on the first and last pages. The title, written in Chinese characters (Beishi shuilu ditu), also includes the date (gengchen) of the journey, according to the Chinese 60-year cyclical system. The annotations on each page list place names and distances in Chinese miles (li or ly in Vietnamese) with occasional useful notes, such as ‘from here merchants used only Qianlong money’. Land routes are marked in red ink and water routes are recorded in blue ink.

Tuồng Việt Nam (Vietnamese Theatre) (Or. 8218/1-10)
This ten-volume set of tuồng plays attests to the popularity of this performing art form in the mid-19th century under the Nguyễn dynasty. Or. 8218 comprises a collection of forty six plays and legends, containing over 6,800 pages, possibly from Hue, the capital of Vietnam during the Nguyễn dynasty. Most do not include the author’s name, date and place except for one piece, Sự tích ra tuồng, which has a line which could be translated into modern Vietnamese as ‘làm vào ngày tháng tốt năm Tự Đức 3’. According to Trần Nghĩa – a Vietnamese specialist in Hán-Nôm who researched the manuscripts at the British Library back in 1995 – this note indicates that the play was written in 1850 during the reign of Emperor Tự Đức (1847-1883). 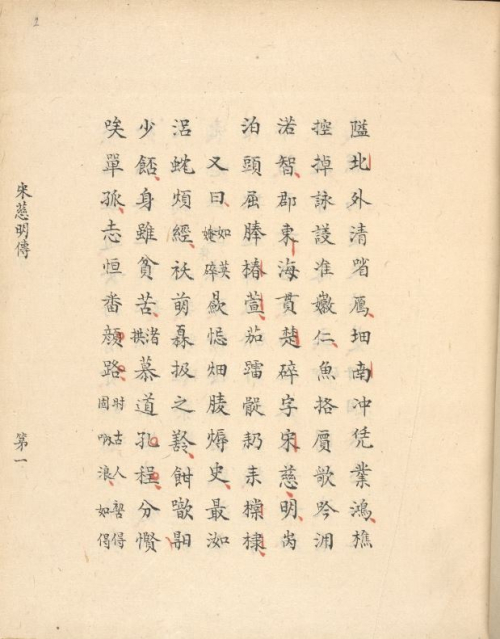 This is the last blog post by Dr Sud Chonchirdsin, who on 1 October 2019 retired after 14 years as Curator of Vietnamese in the British Library. Sud's blog posts on the Vietnamese collection in the British Library are some of the most-read on the Asian and African studies blog. Shown below is Sud, at his now-empty desk, with a print of a Thai manuscript presented by his colleagues. 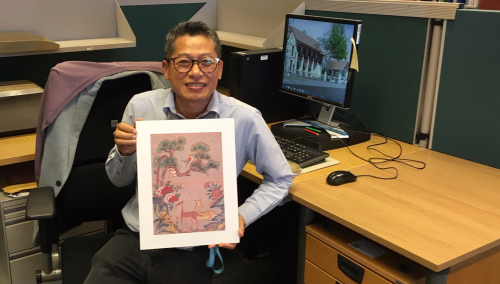 Posted by Annabel Gallop at 4:23 AM