Buddha From Kashgar to Istanbul

This is the eighth of a series of blog posts accompanying the British Library exhibition on Buddhism, 25 Oct 2019 – 23 Feb 2020.

In 1911-12, Ahmet Refik (Altınay) published the Büyük Tarih-i Umumî, a compendious history of the world. Much of the material was far from ground-breaking. Similar to broader Ottoman historiography of this period, the sections on the ancient Mediterranean and the cultures and civilizations of Europe were taken, largely unchallenged, from French, English and German sources. What is noteworthy, however, is the self-assured manner in which the ancient history of the Turks as a nation is outlined in the Tarih. This was a continuation of a new trend in history-writing stemming from the mid-19th century. As Büşra Behar Ersanlı explains, it was based upon Western European sources – especially the work of Léon Cahun – but it was clearly repurposed for the growth in national consciousness among Turkic intellectuals in the Ottoman Empire.

Among these new perspectives was a fresh look at religion. Islam was a key component of Ottoman statehood, especially since Sultan Murad I declared himself Caliph in 1517. Ahmet Refik, however, problematized these links, highlighting the fact that, despite a clear overlap between Turkicness and Islamic identity, the two were far from identical. In addition to Islam, different Turkic peoples had embraced Animism (sometimes in the form of Tengrism), Zoroastrianism, Manichæism, various forms of Christianity, Judaism and Buddhism over the course of their recorded history. Indeed, Ahmet Refik remarks that:

“The Turks and the Mongols are not a religious people. The religious imagination, zeal and abundant inquiry that was so strong among the Arabs, Iranians and Slavs was unable to have an important influence on the thoughts of the Turks, Mongols or Manchus. The religion that was most appropriate to the nature of the Turks was the faith of the Buddha. In nature, thought and temperament, the Turks were Buddhist. The one encompassing [space] that would have kept the Turks living in complete comfort would have been the faith of the Buddha.” (Ahmet Refik, Büyük Tarih-i Umumi: IV Cilt, 277)

Contemporary understandings of the history of the Turkic peoples, and of religion across Eurasia, assign much of Ahmet Refik’s supposition and the assumptions upon which it is based to the realm of untruth. Nonetheless, it does highlight a fact that cannot be ignored: for a millennium and a half, Buddhism has and continues to be a core component of many Turkic communities across the Central Asia and Siberia. 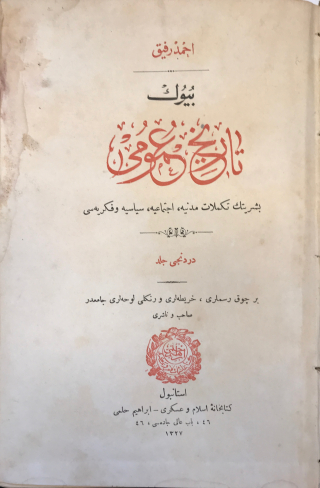 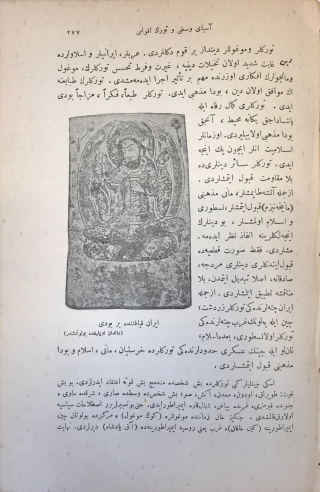 The Turkic peoples had likely encountered Buddhists and Buddhism by the middle of the first millennium CE. Chinese accounts from as early as the 6 th century speak of the translation of Buddhist texts into a language used by the Turks (although this was likely Sogdian). At least one inscription, as well as the construction of temples and statuary, testify to Buddhism’s importance during the Second Kök Turkic Khaganate (678-747 CE). It likely coexisted with Tengrism, the Turkic animistic belief system, during the early period, and later competed with Manicheanism for followers among the Uyghurs, Qarluqs and other Turkic peoples. It was eventually Buddhism that won out as the primarily religion of the Uyghurs in the 10th century, motivating the creation of numerous Buddhist religious manuscripts, some of which survive into the present.

The Uyghurs came to prominence after overthrowing the Qarluq and other Turkic polities in the 8th century CE and entering into an alliance with the Chinese monarchy. The earliest probable Turkic Buddhist texts, which come from Uyghur settlements in present-day Mongolia, made use of an archaic Turkic dialect also seen in the Runic texts of the Orkhon inscriptions . Such examples are exceptionally rare, leading some scholars to suppose that Buddhist production in Turkic languages during this period was minimal. This contrasts with later items from the Tarim Basin in present-day Xinjiang – including those found in the British Library’s collections – which demonstrate a much more contemporary dialect. This dialect is not directly related to today’s Uyghur language, part of the Karluk sub-family of languages. Rather, it is likely an earlier form of Western Yugur , a small language belonging to the Siberian sub-family, spoken today in Gansu Province, China. As can be seen from the images below, the British Library texts are far too fragmentary to provide a clear picture of Buddhist practice in Uyghur, but they do establish that it existed. 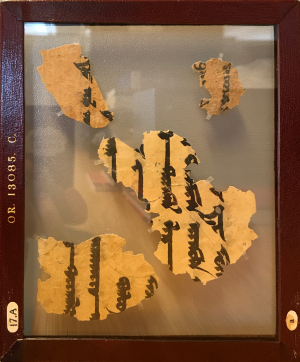 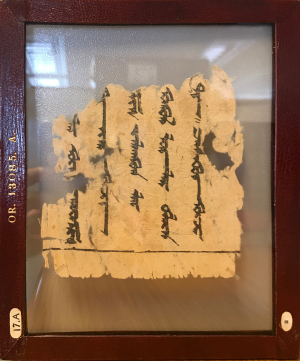 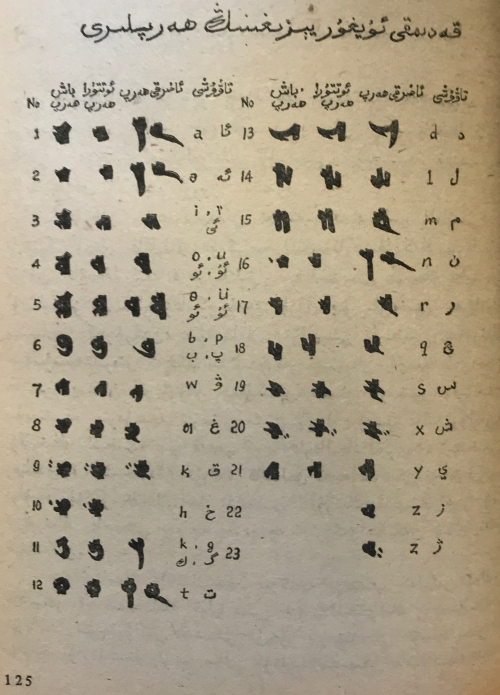 In the late 10th and early 11th centuries CE, the Qarakhanids, a Turkic community to the west of the Uyghur state, converted to Islam. This placed them in opposition with the primarily Buddhist Uyghurs, adding a religious element to socio-political and economic conflict in Central Asia. The Qocho Kingdom – a successor state of the Uyghur Khanate – continued to be a stronghold of Buddhist practice even after the conversion of the Qarakhanids and the invasion of the Mongols – themselves Buddhists – in the 13th century. The ultimate blow was dealt by the Chagatai Khanate in the late 13 th and early 14th centuries. A successor state of the Golden Horde, the Chagatai state was a fierce defender of the Chinggisid legacy. Nonetheless, the ascension of Muslim Khan Tughluq Timur to the throne in the second half of the 14th century spelled the beginning of the end for widespread Buddhist practice among the region’s Turkic peoples. It also saw a linguistic shift in which the Siberian Turkic language of the original Uyghur populations was gradually supplanted by a Karluk one closely linked to Chagatai, the literary language of Turkic Central Asia . 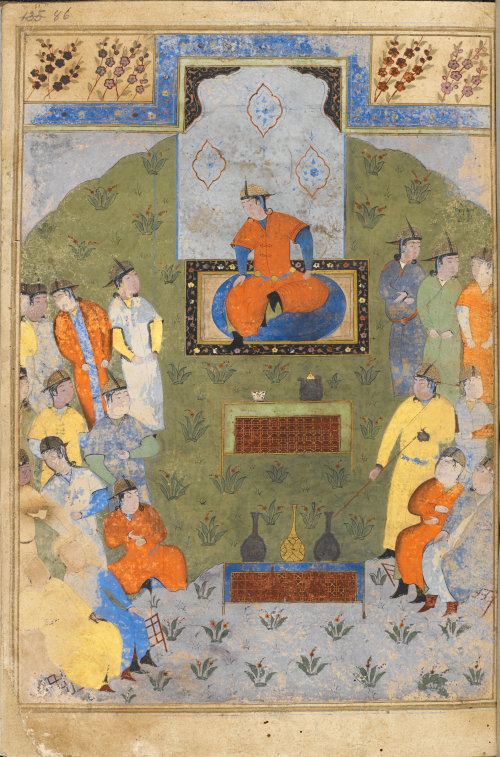 Chagatai Khan, seated amongst counsellors, from the 16 th-century manuscript called the Nusratname, also known as the Qissa-yi Chingiz Khan (Or. 3222).

The collapse of the Qocho Kingdom did not mean the end of Turkic peoples’ relationship to Buddhism. For one, the Western Yugurs, linguistic if not ethnic descendants of the first Uyghurs, continue to practice the faith. But they are not the most numerous Turkic-speaking adherents. Buddhism also thrives among the Tuvans, a Turkic people whose titular homeland – the Tyva Republic – is nestled between Russia, China and Mongolia. Approximately 62% of the population of Tyva Republic identifies as Buddhist, with the most widespread practice a form of Buddhism similar to the one found in Tibet. As ethnic Tuvans make up 82% of the Republic’s population, the proportion of Buddhists among the Tuvans is likely far higher than the percentage of the entire Republic’s population. Buddhism co-exists with Tengrism and other forms of animistic belief, highlighting the blending of religious traditions among the region’s Turkic inhabitants. Materials within the British Library’s Turkic collections point to the revival and flourishing of various aspects of these belief systems following the collapse of the Soviet Union in 1991. Appreciation of the art, poetry and philosophy of Tuvan Buddhism shows up in both popular publications and in scholarly ones, as seen below. 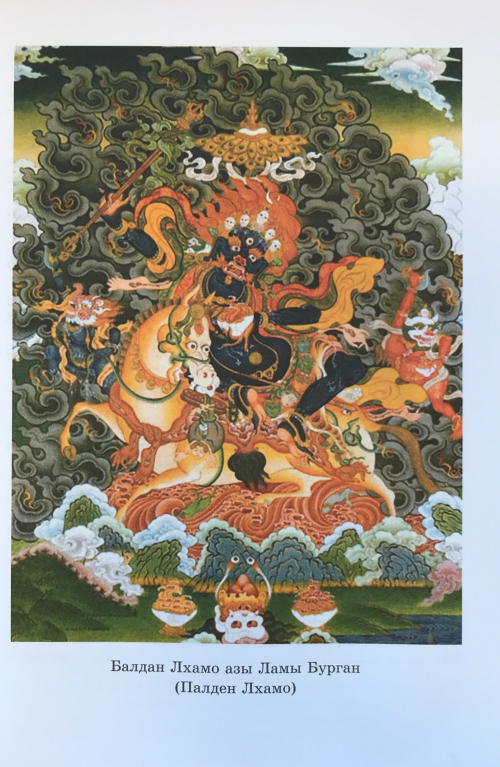 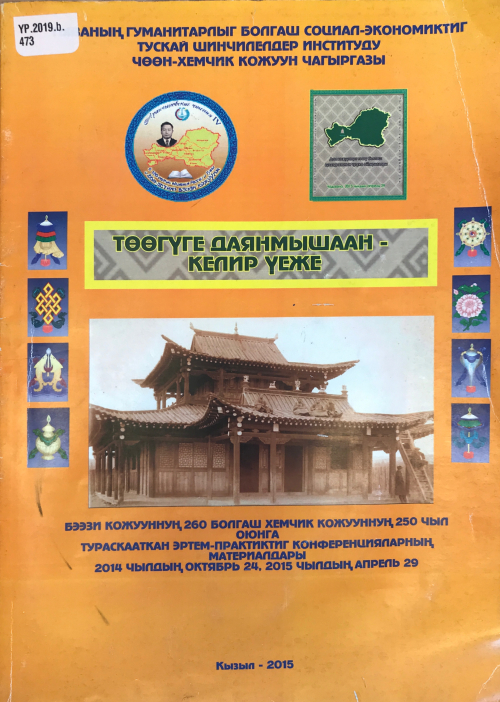 The Tuvans, together with the Western Yugurs, as the two majority-Buddhist communities in the Turkic World. There is, however, another part to the story regarding the interaction between the Turkic peoples and the Buddhist faith. In the 17th century, a Buddhist Mongolic-speaking group known as the Oirots migrated from present-day eastern Kazakhstan to the Volga Region, where they established the Kalmyk Khanate. In doing so, they entered into an alliance with Russia, and pushed out Muslim Turkic communities, particularly the Nogais and the Karakalpaks. They battled the Kazakhs and Bashkirs and assisted in Russian campaigns against the Safavids and Ottomans, but under Catherine the Great their autonomy was eventually abolished and their Khanate absorbed into the Russian Empire. The great 17 th-century Ottoman chronicler Evliya Çelebi provided Ottomans with considerable information about the Kalmyks in the seventh volume of his Seyahatname, but nowhere does he mention that they were Buddhist. He frequently refers to them as küffar, or infidels, pointing out both their animistic beliefs and another belief system, which he equates with the “hulûlî” heterodoxy, combining a belief that God is inside the individual with reincarnation. He also gives a fairly comprehensive description of a pilgrimage site linked to Kalmyk ancestor worship. It houses the statue of an “angel without wings” and is topped by a bronze dome. Neither the Buddha, nor connections between this system of religious belief and those found further east, are ever mentioned. Nevertheless, it does appear that 17th century Ottomans were still introduced to the particularities of Kalmyk Buddhist practice thanks to the writings of this intrepid traveler.

Today, Kalmykia, found just south of Volgograd, is Europe’s only Buddhist-plurality territory. Nearly 48% of Kalmykia’s population identifies as Buddhist. Kalmykia’s capital, Elista, provides a centre for the practice of Tibetan-derived Buddhism as well as the publication of a plethora of Buddhist material. Examples in the British Library collections point to the increased importance afforded the documentation of these traditions, and of the role that Buddhism plays in the expression and development of contemporary Kalmyk cultural and spiritual life. 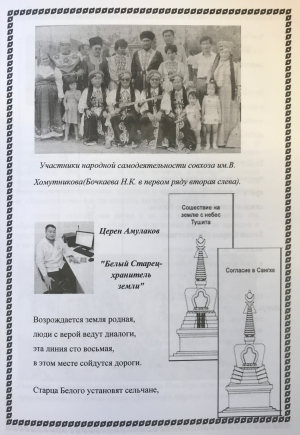 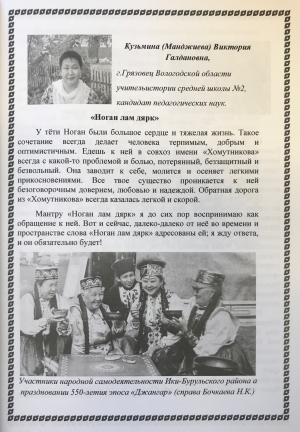 Ahmet Refik might have waxed lyrical about the similarities between Buddhist and traditional Turkic worldviews, but he clearly failed to grasp the living, dynamic nature of that linkage. Buddhism has impressed its stamp on the social, linguistic, political, economic and cultural development of the Turkic peoples. The British Library’s collections related to such topics, in turn, demonstrate that this is an ongoing relationship, one that is certain to continue motivating cultural production across Eurasia.

Posted by Michael Erdman at 3:56 PM