The Royal Library of Bone: Bugis and Makassar manuscripts in the British Library

In March 2019, the digitisation was completed of 75 Javanese manuscripts from Yogyakarta now held in the British Library, which had been captured from the Kraton or Palace of Yogyakarta in June 1812 following a British assault.  What is much less widely known is that the British Library also holds the core of another royal library from Indonesia, also taken in armed conflict during the brief period of British administration in Java from 1811 to 1816 under the command of Thomas Stamford Raffles. All  the 34 manuscripts from south Sulawesi in the British Library can be identified as originating from the palace of the Sultan of Bone, and were seized in a British attack in June 1814. 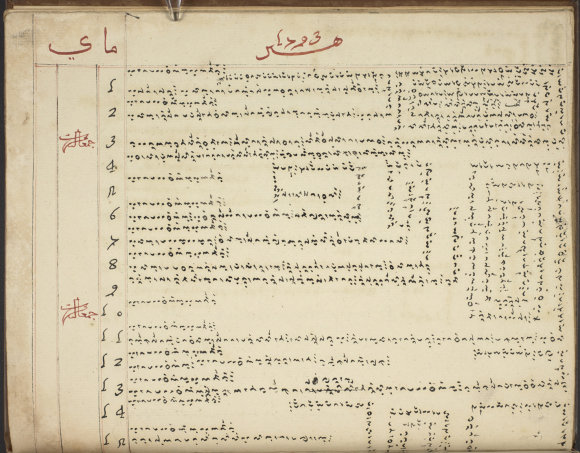 At the time the ruler of Bone was Sultan Muhammad Ismail Muhtajuddin (r. 1812-1823), also known as La Mappatunruq and posthumously as Matinroe ri Lalebbata; he was the son of the redoubtable Sultan Ahmad al-Salih Syamsuddin (r. 1775-1812) who had died just two years previously. Following disagreements between the Sultan and the British Resident of Makassar, an expedition was despatched from Java under the command of General Sir Miles Nightingale. On 8 June 1814, troops led by by Lt. Col. McLeod attacked and overran the palace of the Sultan of Bone at Bontoala outside Makassar, with a considerable loss of life on the Bugis side. Five cannon and a large quantity of armaments were captured - and also, evidently, many manuscripts from the royal library - after which the palace was set on fire by the British (Thorn 1815: 341).

An account by Captain David Macdonald ([1840?]: 222) confirms that present on the Makassar expedition in 1814 was the Resident of Semarang, John Crawfurd. In 1842 Crawfurd's collection of 136 Indonesian manuscripts was acquired by the British Museum, including thirty manuscripts in Bugis and Makassarese, all of which can now be identified as coming from the court of Bone.  The British Library also holds four further Bugis manuscripts which appear to originate from the same source. These include two royal Bone diaries from the India Office Library (MSS Bugis 1 and 2) which bear Raffles's bookplate, and were presumably presented to him after the military expedition.  Another court diary -  of the Maqdanrang, one of the most senior officials of Bone - was presented to the British Museum in 1916 by a Miss E. G. Wren (it is now shelved as Or. 8154, alongside a volume comprising letters and fragments of documents found within the diary shelved as Or. 8154*). It is possible that certain Bugis manuscripts held in other British institutions may also have been taken on this expedition, including a Bugis diary from Bone presented to the Royal Asiatic Society by a Professor Lee in 1828 (RAS Bugis 1) and Bugis manuscripts now at SOAS from the collection of William Marsden, including a court diary from Bone (SOAS MS 11398) and a volume received from a Captain Owen RN (SOAS MS 12159). 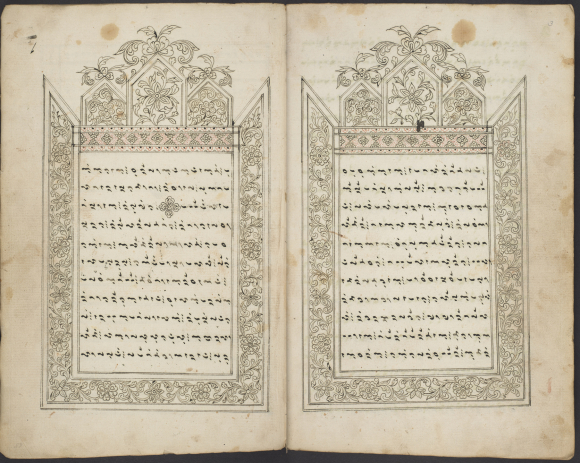 The 34 manuscripts now in the British Library are mainly in Bugis, with two volumes in Makassarese, and the contents were described in detail by the Dutch scholar A.A. Cense for the catalogue by Ricklefs and Voorhoeve (1977, reissued in 2014). The manuscripts are primarily concerned with historical, literary and chancery matters, as well as some religious topics. There are 11 volumes of diaries or daily registers from the court, and 3 volumes of documents. Four volumes contain literary works translated from Malay, including the tales of the great Islamic heroes Hikayat Muhammad Hanafiah in Bugis and Hikayat Amir Hamzah in Makassar, as well as Bugis versions of the ethical court romance Hikayat Isma Yatim and Hikayat Cekel Wanengpati, a Malay version of adventures of the Javanese hero Prince Panji.  There are five volumes of Bugis and Makassar poems, including two volumes which contain parts of the Bugis La Galigo, probably the longest epic poem in the world.  A further five volumes concern practical knowledge, with treatises on gunnery, medical, agricultural and astronomical matters.  These include Bugis translations of Makassarese translations made originally in the 17th century of Portuguese works on gunnery and armaments; these are the only known examples of scientific works translated from European languages into Southeast Asian vernaculars. The remaining five volumes deal with religious matters, including a manuscript in the original Arabic of the handbook on Islamic law, Minhaj al-Talibin, by al-Nawawi, with Bugis notes, as well as Bugis translations of Malay works including the Akhbar al-Arifin composed in Aceh in the 17th century by Nuruddin al-Raniri, and Bugis tracts on Sufism and mystical practices. 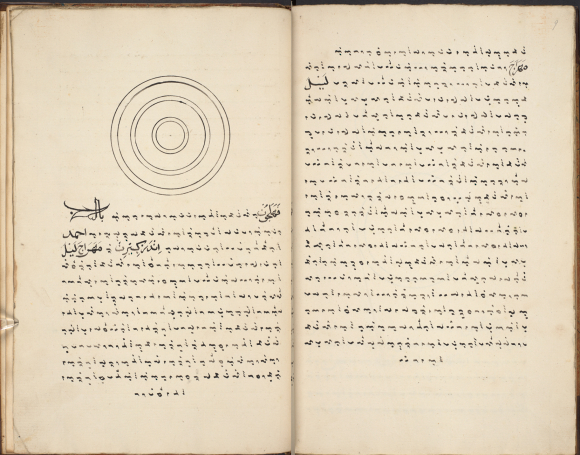 To what extent does this collection of manuscripts now in the British Library represent the contents of the royal library of Bone? The answer is probably: only partially.  From a comparison of Crawfurd’s collection of Javanese manuscripts taken from the court of Yogyakarta with those of Colin Mackenzie, it can be seen that Crawfurd focussed particularly on historical and literary works and chancery documents, and showed little interest in texts on dramatic performances (wayang), Islamic practice and divination (primbon), or works in Arabic.  Thus one notable absence in the British Library collection is al-Nur al-hadi, the mystical work composed by Sultan Ahmad al-Salih in 1787, and one of the few Southeast Asian compositions cited in Brocklemann's survey of Arabic literature. Futhermore, when the royal Bone library at Watampane was ransacked by the Dutch in 1905, the 33 manuscripts taken to Batavia, and now held in the National Library of Indonesia in Jakarta, included a diary for the period 1795-1807 (Tol 1993: 617), indicating that at least part of the library had survived the British onslaught at Bontoala in 1814.

With generous support from William and Judith Bollinger, the complete collection of 34 Bugis and Makassar manuscripts in the British Library has now been digitised, in collaboration with the National Library of Singapore. Singapore is home to a substantial community of Bugis descent, as reflected in a recent exhibition in 2018 at the Malay Heritage Centre, Sirri na pesse. The full list of digitised Bugis and Makassar manuscripts from the British Library can be accessed here. 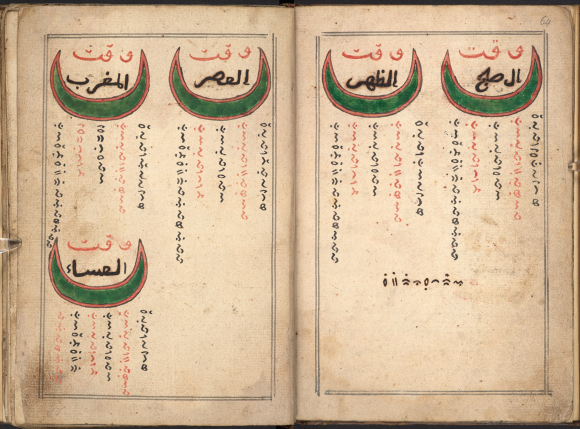 Public awareness of the fate of the Kraton library of Yogyakarta, and the identification of the individual volumes held in different British public collections, owes much to plentiful contemporary accounts and the work of historians such as Peter Carey and Merle Ricklefs, while in Java the memory of the Geger Sepehi, the 'Sepoy Calamity' (so-named for the Indian troops under British command in the attack on the palace), was kept alive at the court of Yogyakarta, the only traditional monarchy to retain a political role in the Republic of Indonesia. Fewer published reports of the Bone expedition, and a circumscribed public space for the descendants of the Bone kings, mean that there is far less known today about the royal library of Bone. It is hoped that the digitisation of these manuscripts will lead to many more studies, and a better appreciation of the writing traditions at the Muslim courts of south Sulawesi.

Brief accounts of the British expedition to Makassar in 1814 are found in:
William Thorn, Memoir of the conquest of Java, with the subsequent operations of the British forces in the Oriental Archipelago. London, 1815 (pp. 340-1).
David Macdonald, A narrative of the early Life and Services of Captⁿ D. Macdonald ... embracing an unbroken period of twenty-two years, extracted from his journal, and other official documents. 3rd ed. Weymouth, [1840?] (pp. 213, 222).

After the publication of this blog post on 6 January 2020, I was very grateful to receive a communication from Dr Campbell Macknight, of Australian National University, which succeeded in clearing up a matter which had puzzled me: how did the British troops which had landed in Makassar succeed in reaching the palace of Bone - located at Watampone over 130 km away on the other side of south Sulawesi - by the following morning? From the account of Captain Macdonald, Dr Macknight explained that the dwelling of the Sultan of Bone which was attacked was not in Watampone, but at Bontoala, just outside the fort of Makassar (see the map below). Thus the Bugis and Makassar manuscripts captured constitute not the sole royal library of Bone, but the library held at the palace of Bontoala. The blog post has now been edited to correct these points. 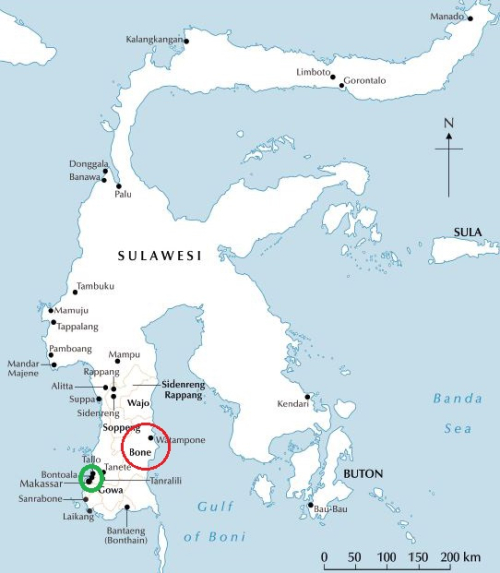 Map of Sulawesi, showing Makassar and Bontoala on the west coast of south Sulawesi (circled in green), and Watampone in Bone on the east coast (circled in red).

Posted by Annabel Gallop at 1:57 AM