Sân khấu: a Vietnamese magazine on theatre and performing arts

Today’s guest blog is by Haewon Lee, who is currently working on a Ph.D. at SOAS, University of London, on safeguarding Intangible Cultural Heritage, with special reference to Vietnamese Lên đồng.

Sân Khấu, which means “stage” or “theatre" in Vietnamese, is a monthly (bi-monthly in the early stages) magazine on theatre and performing arts. Although it has now faded into Vietnamese history, with the final volume published in 2002, the British Library holds a long run of Sân Khấu from 1977 to 2002, covering almost the entire life of the journal (16671.c.4). 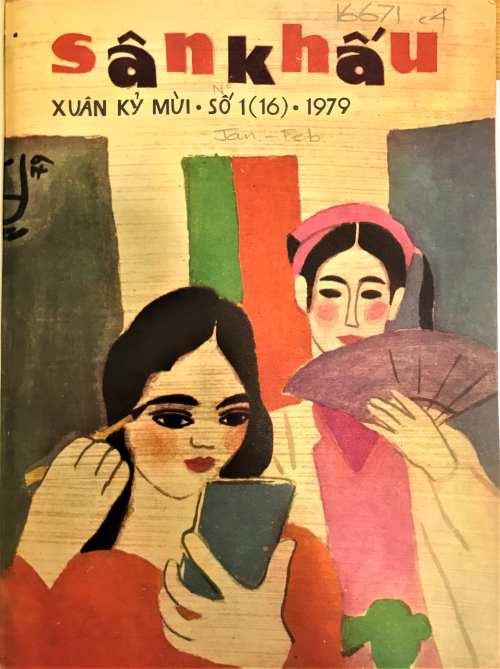 I am writing this post to raise awareness of this fantastic magazine so that more people can make good use of it for various purposes. The table below indicates the available volumes in the British Library. However, when requesting an item, it is necessary to specify which particular issues are required. As many first-time users will probably not know which volume to consult, attachments are provided via the links below, giving the table of contents for each volume. 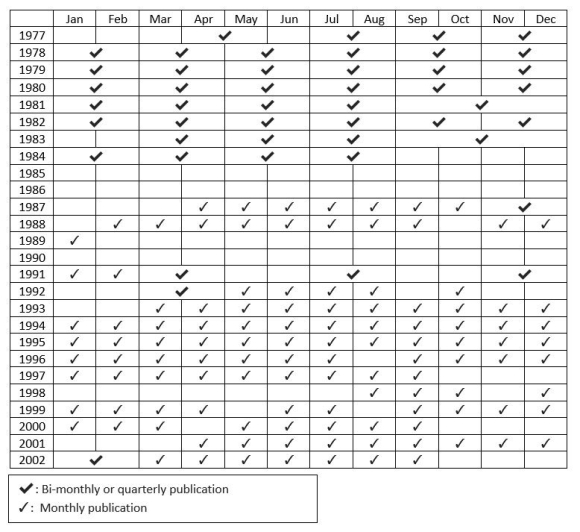 Each volume usually contains around ten sections, with four core sections common to all the volumes. Theatre Issues (Những Vấn Đề Sân Khấu), Foreign Theatre (Sân Khấu Nước Ngoài), Cultural Exchange/Communications (Trao Đổi), and New Plays/Theatre News (Vở diễn mới/Tin sân khấu). Theatre Issues is the section for updates in the field. The editorials in this section discuss important issues such as fundraising and conserving the traditions.  The Foreign Theatre section covers a wide range of international topics of relevance to the theatre. The Cultural Exchange/Communications section contains not only interviews with artists and performers but also scholars’ discussions concerning ways to integrate traditional and contemporary art forms. Finally, the New Plays/ Theatre News section introduces new plays in Vietnam to the readers. On occasions it provides information about certain troupes who have made names for themselves by performing abroad.

This magazine is especially valuable for researchers for two reasons. First, the magazine covers not only the Viet people but also ethnic minority groups in Vietnam. For example, I was editing the paper I wrote on the Cham peoples’ impact on Bóng rỗi performance in southern Vietnam. The main purpose of the editing process was to fill in the gaps on Vietnamese perspectives on Cham performing arts, and I found numerous thought-provoking perspectives by Vietnamese scholars on Cham performing art in this magazine. Secondly, it gives me insightful ideas for my doctoral research. My doctoral research is on Vietnamese beliefs and practices in a folk religion called Lên đồng or Mother Goddess, and the current issues they are facing in terms of safeguarding intangible cultural heritage since 2016 when it was inscribed on UNESCO’s Representative List of the Intangible Cultural Heritage of Humanity. This magazine has been valuable for me my research as it also covers various opinions on the issues of "stage-isation” of intangible cultural heritage not only in Vietnam but also worldwide. Concerns about “stage-isation" have been raised frequently as an issue of grave concern either in the Theatre Issues section or the Cultural Exchange/Communications section by experts in Vietnam since the late 1970s. Other matters of interest can also be found since each issue of the journal starts with the section called Theatre Issues.

I intend to promote this magazine to reach more readers by introducing its full scope. The main focus of this magazine is the four key traditional performances in Vietnam: Chèo, Múa rối nước from northern Vietnam, Cải Lương , and Tuồng or Hát bội from southern Vietnam (see the blog post by Sud Chonchirdsin on Tuồng or Hát bội) Histories, contemporary issues, and reviews of individual performances are also discussed in this magazine. Additionally, each issue introduces the troupes presenting these traditional performances, along with contact information for the troupe and profiles of each member. This information is helpful for those who conduct fieldwork and need more networks in Vietnam.

Looking closely at the content, some special issues for certain months might grab the attention of a broader audience. For example, part of the October or November issues of the magazine celebrate the Russian revolution in 1917, and in these issues, contemporary issues in Russian theatre or cultural exchanges between Vietnam and the Soviet Union were featured. International perspectives are not only confined to communist states. Almost every issue has a section called Foreign Theatre, which might include essays on Broadway productions in the US and Shakespeare in the UK. These special issues and the coverage of general topics make this magazine more historically valuable as it allows readers to fathom Vietnamese perspectives  on various topics relating to theatre and performance. 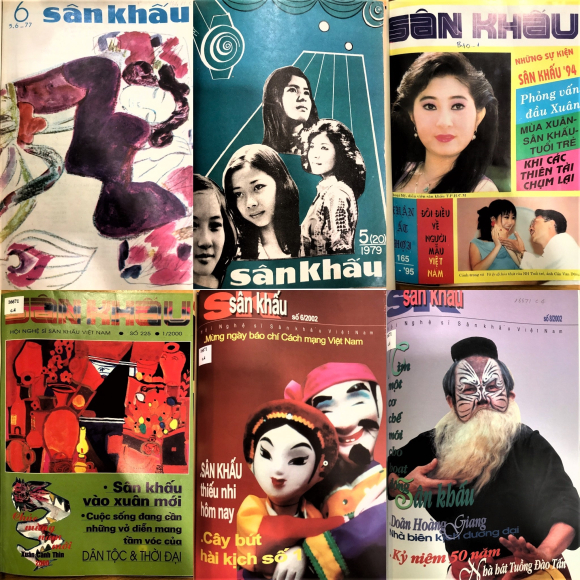 Apart from the special issues, other features of the magazine are noteworthy. The special issues, which can be goldmines for researchers on Vietnam studies, became more frequent in the late 1970s. A different approach was apparent in the 1990s, when a number of “pretty” female artists were featured frequently in the magazine. During that period, the magazine seemed to be slowly losing its academic identity through the inclusion of more advertisements and articles on general lifestyle issues, as well as health and  beauty. However, in the very final stage, before it ceased publication in the early 2000s, the magazine returned to its roots and featured more editorials and reviews of plays. Reading through issues of Sân Khấu in the British Library can provide a rewarding journey through the lifecycle of the magazine.

Haewon Lee trained as an anthropologist, and has wide interests that include ritual practices and performing arts in Southeast Asian countries, and studies on intangible cultural heritage. She earned her BA in Vietnamese and Communications from Hankuk University of Foreign Studies, while her MA dissertation (SOAS, 2017) and other writings mainly focus on the meaning of of gender in Lên đồng, a ritual practice in Vietnam. Her interest in ritual practices of mediumship in Vietnam led on to her current doctoral research at SOAS.  Haewon can be contacted by email on 643227@soas.ac.uk.

Note from Annabel Gallop, Head of the Southeast Asia section:
When Haewon Lee attended the annual Asian and African Collections Doctoral Students Day at the British Library on 20 January 2020, she asked if there was any quick way of finding out the contents of individual issues of Sân Khấu. My short answer was no: there was no alternative to ordering up every single issue of the journal to the Reading Room.  This Haewon duly did, slowly and methodically, while photographing every contents page. She then generously contacted me to ask if there was any way to make this information available to future researchers; hence this blog, with its valuable downloadable compilations of the contents pages of Sân Khấu.