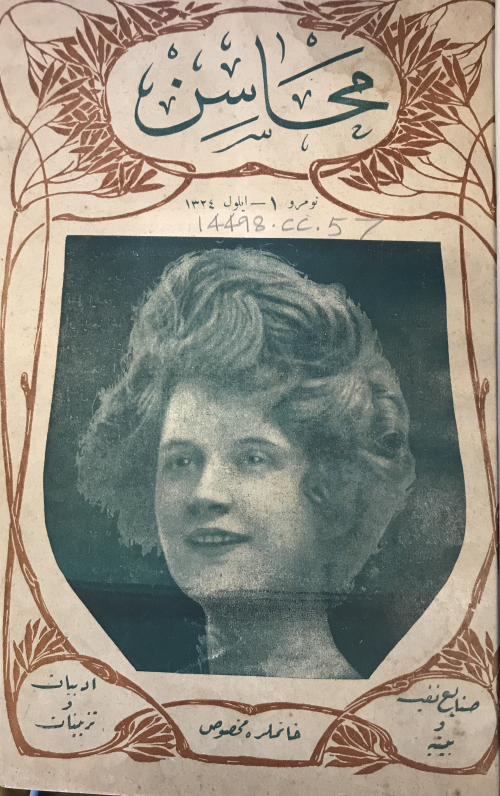 For much of the 20th century, official narratives in Turkey painted a stark dichotomy in the status of women before and after the reforms of the 1920s and 30s. The Ottoman period was described as a dark era of patriarchal oppression, ignorance and intolerance. It was shown as a bleak contrast to the Republican era, when women were allowed to participate fully in the life of the nation. The Republic proudly advertised its feminist credentials through suffrage (granted in 1930) and women’s access to a host of occupations, pastimes and means of personal expression. This perception, however, began to change in earnest following the 1980 coup . The bloody repression of the Left squeezed progressive energies towards a post-modernist blossoming in Turkey. Women’s experiences, stories and memories started coming to the fore in the cultural realm, and soon academics were challenging both the narrative of female emancipation post-1923, and the story of Ottoman brutishness. Groundbreaking scholars such as Deniz Kandiyoti, Fatmagül Berktay, Serpil Çakır, Aynur Demirdirek, Ayşe Durakbaşa, Zehra Kabasakal Arat and many others paved the way for an appreciation of the complexities of gender, sexuality and power in both the Ottoman and Republican periods. In doing so, they ensured that women’s studies would become a core component of understanding the country’s past, present and future.

From the Edict of Gülhane onwards, and particularly from 1910 up to the dissolution of the Empire in 1923, women were of greater and greater interest to the Ottoman élite. The reasons for this are varied, and partially motivated by the sudden drop in productive and educated male labour brought about by a succession of wars and territorial loses. In order to explore such dynamics, the aforementioned scholars have occasionally made use of late Ottoman periodical publications targeted at women. Women were frequently a topic of periodicals both before and after the Constitutional Revolution of 1908, but they weren’t always the agents, or the audiences, of such works. Male authors discussed women as objects of beauty or subjects of study in literary, reformist, pedagogical and medical publications in Ottoman Turkish, Greek, Armenian, Armeno-Turkish, Karamanlitic and Ladino. They did not necessarily consider them, however, as active readers engaged in a conversation, real or implied. Throughout the 1990s, such trends were examined by a new wave of young scholars, many of them women. Hatice Özen, Ayşe Zeren Enis, Nevin Yursever Ateş, and Tatiana Filippova have all written about periodicals appearing in this period with a particular focus on their interaction with female Ottoman citizens. They have dissected them as specimens of publishing industry history, economic change, and state-sponsored modernization drives, among other phenomena. Most importantly, however, they have sought to make use of them as actual evidence of women’s lives, roles and dreams in the late Ottoman era, beyond ideological narratives. 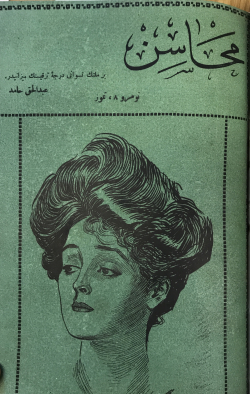 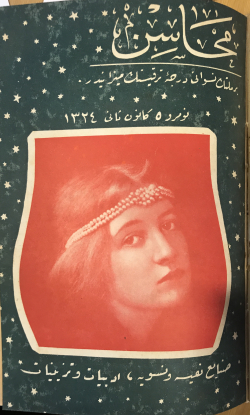 The Turkish and Turkic Collections at the British Library contain a number of these women-themed periodicals from the late-Ottoman period. Among the more visually appealing of these is Mehasin (Beauties), which appeared monthly in 1908-09. The masthead describes it as an illustrated periodical particular to ladies (“hanımlara mahsus musavver gazete”). In terms of illustration, Mehasin does not disappoint: it contains photographs and drawings of women and children, clothes, accessories, furniture, machines, and locations both familiar and exotic. These accompany articles about a myriad of different topics, many of which might be classified as being pedantic or socially-reformist in nature. The purpose of Mehasin was not necessarily to provide an outlet for Ottoman women to discuss their lives and their positions in society, or to air their grievances against the patriarchy under which they lived. Rather, it was a conduit through which women could be educated and shaped by a mostly male élite, refashioned as (often Europeanized) models of the new Ottoman social structure. 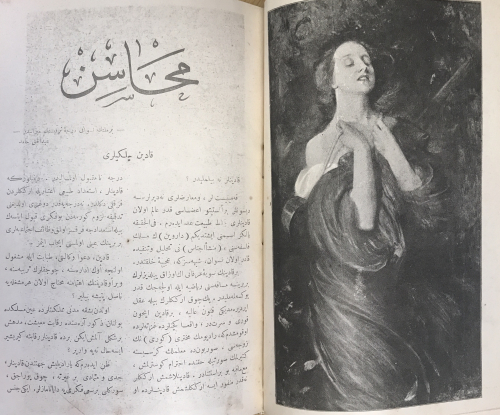 Perhaps the best encapsulation of the periodical’s ethos comes from the tagline that appeared under the masthead of every issue: “A nation’s women are a measure of its level of development” (“Bir milletin nisvanı derece-i terakkisinin mizanidir”), attributed to Abdülhak Hamit (Tarhan). Other examples come from the title and content of articles, such as “Kindness within the family” (“Aile arasında nezaket”; issue 3) and “Woman’s Social Standing” (“Kadının mevki’-i ictimaisi”, issue 11). What does make Mehasin fairly interesting as a social phenomenon, however, is that it sought to do this through an appeal to women’s sensibilities, rather than an application of blunt male authority. Women were here being brought into the mandate and vision of the nation – a fairly new source of political power in the scheme of Ottoman history – but they weren’t necessarily given the opportunity to articulate that vision, or to shape its impact on their lives. 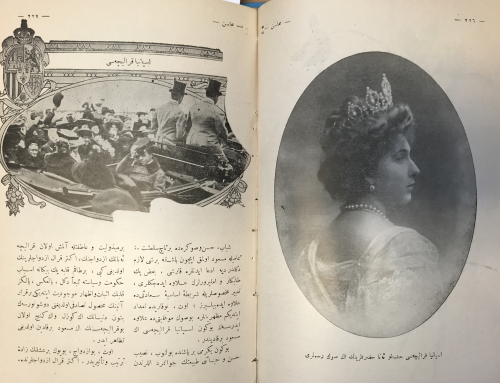 Mehasin was certainly not revolutionary; at least not in the sense that later female Turkish thinkers, such Halide Edip Adıvar, Sabiha Sertel or Suat Derviş, would have applied this term. It was clearly royalist, given the way that it focused on various members of European royal families (but not those of the Ottoman dynasty, I should note). It also concentrated more on ways for women to become “modern” rather than what men might do in their own lives to lessen the oppressive impact of patriarchy on their female compatriots. Beyond this, however, Mehasin’s writers and editors betray another interesting component of the nexus between women and modernization in the late Ottoman period. While gender was clearly emphasized, so too were race and class, albeit in a far subtler manner. It was not just the royals who were European: many of the model women, too, were white, upper-class Europeans, exemplary of an aspirational womanhood that must have been exceptionally foreign the majority of female Ottoman citizens. An appeal to intersectionality in the interests of women’s liberation was definitely not on the cards. 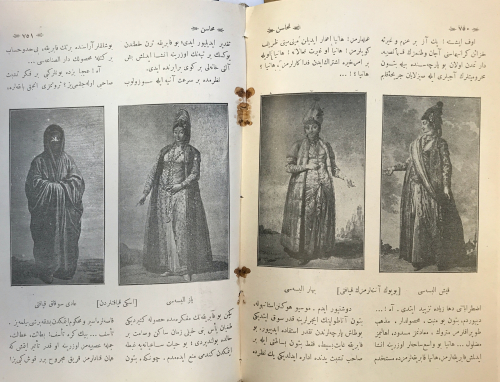 Issue 3 of the magazine is particularly informative in this regard. It contains a series of articles and portraits of famous women and “beauties”. These include Sarah Bernhardt, the famous American actress; women modeling the latest Parisian fashions; French, German, English, Russian, Italian, Spanish and American “beauties”; and Mrs. Rosa Louis, “England’s Most Famous Chef,” who is the subject of a long article. Indeed, the only Ottoman whose photograph finds its way into the issue is the actor Burhaneddin Bey, who is pictured both in and out of costume. Similarly, issue 9 contains a large article entitled “Marriage Problems” (“Müşkilât-i izdivaç”), which does reference the upper and lower classes. Nonetheless, it emphasizes that the main audience for the piece are middle-class women concerned about socially-appropriate conduct on issues of engagement, marriage and conjugal bliss. Where we do get images of local women’s attire is in the tenth issue, in an article about… the railway, and a trip into the interior of Anatolia. Even then, the author chooses to provide not photographs of contemporary Ottoman women, but rather European-style paintings of “old dress” or “our grandmothers’ attire”. The editor was apparently only interested in women who did not match his aspirations for the average middle-class Ottoman woman if they could be of use in buttressing self-alienating ideologies, as above, or if they fed a colonialist perspective on the women of Asia and Africa, as seen in “Women of the Whole World” (“Butun Dünya Kadınları”) articles in issues 6 and 7. 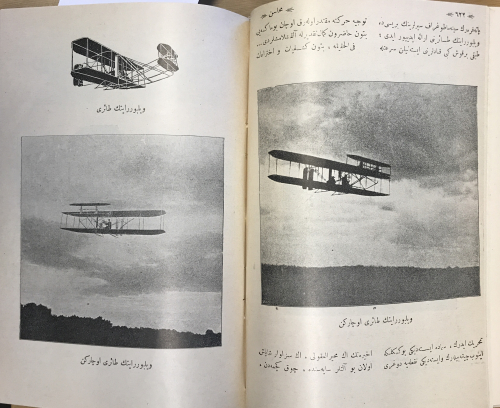 What is the source of such attitudes towards women’s behaviour? Mehasin was published by the Ottoman author and literary scholar Mehmet Rauf. Rauf, who was fluent in English and French, was particularly keen on psychology and the inclusion of psychological components into his literary and theatrical works. Perhaps it was this inclination for the study of the mind that led him to create a magazine that was intended to shape the thoughts of middle-class Ottoman women. To be fair, his was a goal that went well beyond the traditional domains afforded to women. He sought to expose his readers to the wonders of science and technology – such as the exposé on air travel in Europe in issue 9 – just as much as he looked to force upon them a vision of European femininity. But Mehmet Rauf’s preference for enlightenment over emancipation hardly made him novel. As Sibel Bozdoğan has shown, a long line of men throughout the Ottoman and Republican periods preferred the “modern” management of women to sharing power. As radical as it might have been at the time, their attitudes were yet another element crowding out women’s voices from the debate about Turkish identity and society.

Given that such views were far from uncommon throughout the 20th century, this does beg the question why a magazine such as Mehasin, or indeed other Ottoman periodicals dedicated to women, would have been forgotten or ignored for so long. One reason is undoubtedly the script issue. As these were produced prior to 1928, they are in the Arabic script, which the vast majority of Turkish citizens throughout the life of the Republic have been unable to read. Another, deeper, cause of ignorance, however, is an official policy, up until the AKP era, of seeking to downplay or erase the Ottoman past within narratives of Turkish history. As the historiographer Büşra Ersanlı Behar has explored in her studies of official histories in Turkey, the Ottoman past was either a convenient negative Other for the Republic, or it simply was not. Explorations of the complex nature of Ottoman society were not encouraged. Luckily for us, historians who bucked the dominant trend have helped preserve and expand upon the importance of such publications for reconstructing social experiences in the late Ottoman Empire. In doing so, they’ve helped paint a richer picture of Turkish women’s long-term struggle for liberation and equality, including when that meant breaking free from men’s tropes about the “modern woman”.