Ulli Beier at the British Library

I occasionally come across relevant materials in the British Library collection in connection with my original mandate on the Yorùbá print materials (see earlier blog post), even when they are not published in my target language, Yorùbá.

Recently, I stumbled on the materials on Ulli Beier, the German writer, editor, curator, and art scholar and enthusiast who lived in Nigeria between 1950 and 1966, and whose papers and other archives reside now in Osogbo at the Centre for Black Culture and International Understanding, and at the Iwalewa Haus at Bayreuth University in Germany. 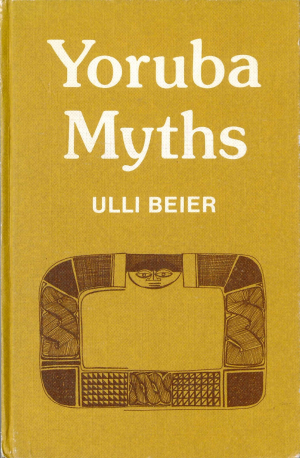 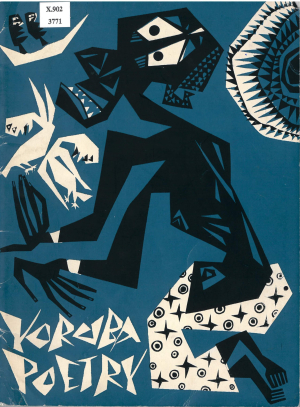 The distance between Beier’s work and the Yorùbá collections at the Library isn’t much, in fact. The writer’s creative output during his stay in Nigeria includes a number of original writings in the Yorùbá, translations from and into the language, and the promotion of work of writers producing in the language to the rest of the world. His work of translation of traditional Yorùbá poetry, myths, and proverbs into English are some of the most notable works of documentation done by any one person during that period.

His interest was in art and oral literature, but also drama, performance, and written literature. He helped introduce to an international audience, some of Nigeria’s later successful writers and artists, from Wọlé Ṣóyínká to Chinua Achebe with both of whom he founded the Mbari Club in Ìbàdàn and the M̀bárí M̀báyọ̀ in Òṣogbo; Dúró Ládípọ̀; and many others he published in Black Orpheus, a literary and arts magazine he edited. His first wife, Susanne Wenger, remained in Òṣogbo and became a devotee of the river goddess, and artist. As a creative writer himself, Beier also often published under the Yorùbá pen name "Ọ̀bọ́túndé Ìjímèrè". 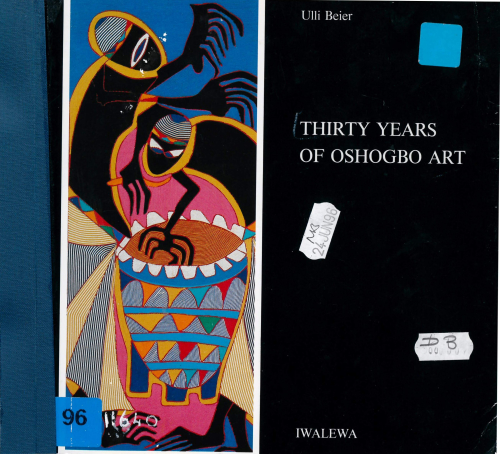 The following are some of his works — or works related to him — that I have found in the British Library Catalogue relating to Yorùbá.

There are a number of other works about Beier, not particularly relevant to this write-up, just as there are a few dozen others about his work on Nigerian poetry in English as well as his work on Papua New Guinea. All these can be found in the British Library catalogue. 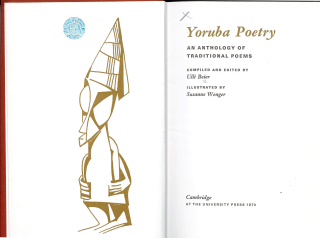 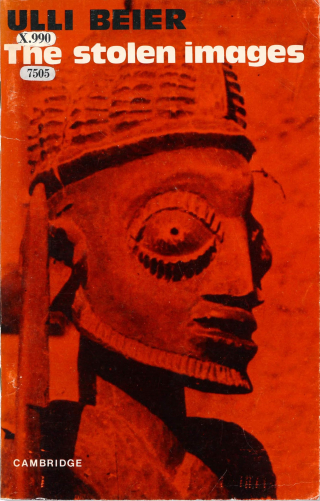 Here are a few more, including some published under his adopted Yorùbá penname “Ọ̀bọ́túndé Ìjímèrè”.

Researchers interested in the life and work of Beier will find a lot to benefit their work using the Library’s extensive collections on the man without whom a lot of what came to define Nigerian literature and art movements in the sixties and seventies may not have come to be.

Kọ́lá Túbọ̀sún is a Nigerian linguist and writer, author of Edwardsville by Heart, a collection of poetry. He is 2019/2020 Chevening Research Fellow at the British Library.
© CCBY