Upon disembarking in India in 1783 as a new puisne Judge at the Supreme Court of Judicature in Fort William, now Kolkata, which covered the districts of Bengal, Bihar and Orissa, William Jones encountered a problem: how do British judges, relying, as they did, on pandits and maulavis to translate Arabic, Persian and Sanskrit legal texts into English and provide interpretations of the law for the Muslim and Hindu communities, ensure that they are applying the law as it ought to be applied, rather than as desired by the translators and scholars? Jones himself was very conscious of the possibility of corruption; indeed, this distrust of the pandits’ interpretations of the texts were his main motivations to learn Sanskrit (Jones, Letters, 2:666). 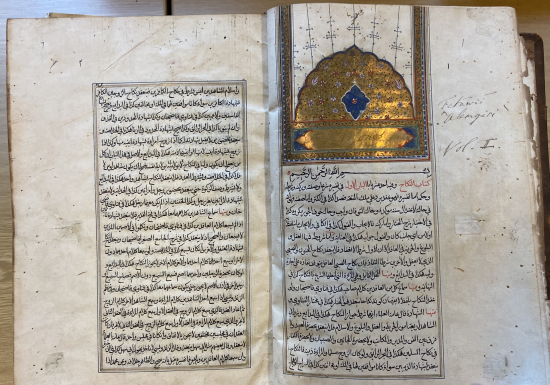 The problem was not so much one of corruption or misinterpretation of the law, of course. Jones, hailing from one culture of law, was confronted by not one but two new legal systems in India, that of Islamic Law (fiqh) and the legal theory and jurisprudence of the Hindu community, which developed into the term Hindu Law during the British colony. In 1772, Warren Hastings, then governor, enforced that all Indians would be subject to Indian (Islamic and Hindu) law and that the approach to this law would be text-based rather than based on local custom. Medieval Islamic Law varied in theory and practice widely between the four Sunni and two (major) Shia schools and was fundamentally constructed on different principles with different goals from English law. The same is true of what became Hindu law; the administration of this by the Supreme Court was “fraught with difficulty” (Evison, 1998, 126) because of both the difficulty the pandits had working in a system where they were not able to access details of the case at hand, but rather relied on notes from the judge, and also the fact that the methods of interpreting traditional shastric literature were not conceived to provide simple universal answers to the questions posed by the British court system (see Evison, 1998, 126-8).

In this text-based legal culture, Jones aimed to acquire his own manuscript copies of important texts in Arabic, Persian and Sanskrit, in order to ensure he had access to the original material upon which customary law, he assumed, had been based. One of the most important of the texts he acquired was his five-volume copy of al-Fatāwā al-ʻĀlamgīriyyah (MSS RSPA 87, 88, 89, 90 and 91); it was the end result of a long period of legal scholarship undertaken by a wide range of legal scholars and commissioned by the Mughal Emperor ʻĀlamgīr, better known as Aurangzeb (r.1658-1707). The text, recommended to Jones by an acquaintance of his, Mīr Ḥusayn ʻAlī (Jones, Notebook, 7, 13), proved to be one of the cornerstones of the British imperial legal system and one of the most prominent texts through which the colonial authorities administered Muslim law.

MS RSPA 87, is, however, very different from the other manuscripts in the collection. This manuscript volume was rebound in the standard India Office half-leather brown-maroon binding with wine-coloured marbled endpapers (like most of the Jones collection). The other volumes are still in their 18th-century brown leather-and-board binding, which has mostly become detached, except for MS RSPA 91, which is also bound in the India Office Library style. 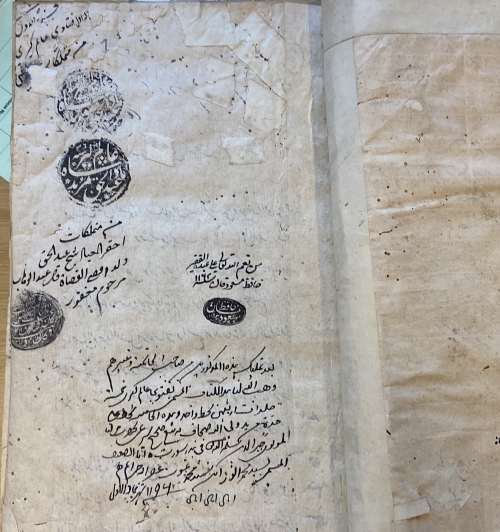 The script and paper of the manuscript are also very different from the others, which are all copied in one continuous neat naskh hand on a light-cream, thick, woven paper. The paper of this volume is, however, a worm-eaten and discoloured woven paper, whilst the hand is a thick, rough nastaʿlīq. The volume, then, is clearly from a different text production and would presumably have formed part of a different set of manuscripts, which are not part of the Jones collection. Equally, the same applies to the other set: whatever happened to the first volume?

It might be seem axiomatic that Jones should buy from different manuscript sets of al-Fatāwā al-ʻĀlamgīriyyah. Why should it matter that one manuscript comes from a different place than the others? Perhaps he just bought the volumes which were available at the time and supplemented elsewhere with MS RSPA 87 (or vice-versa) when he could. Looking at any seals might be instructive. Where did they come from? When did they become grouped together into the same collection of manuscripts? 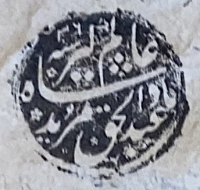 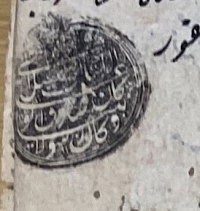 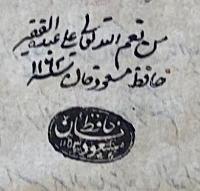 MS RSPA 87 has the greatest number of seals and, naturally, being the odd one out of the series, the most distinct lineage. On the first folio, there are four seals. At the top (seals A and B) are two copies of the same seal with the legend, ʻAbd al-Ḥaqq murīd-i pādshāh-i ʻĀlamgīr sanah 36 (1692-93) which translates to “ʻAbd al-Ḥaqq, disciple of the Emperor ʻĀlamgīr in the regnal year 36,” meaning that this ʻAbd al-Ḥaqq owned this manuscript not earlier than 1692. In the accompanying ownership statement, ʻAbd al-Ḥaqq is noted to be the son of ʻAbd al-Wahhāb, a deceased judge. Seal C is a Qur’anic seal quoting verse 45 of surah 19 (Sūrat Maryam) which does not tell us much about the owner. The final seal (D) on this page is that of Ḥāfiẓ Masʻūd Khān dated 1153AH (1740-41AD). Alongside this seal, there is a note that states he bought the manuscript in 1162AH (1748-49AD). 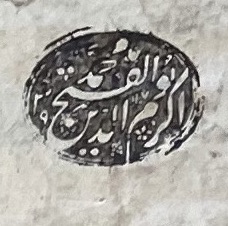 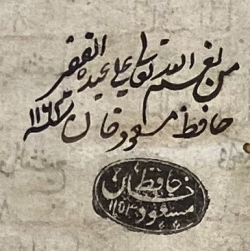 The other four volumes in the series have a different origin. The oldest seal on all of these manuscripts is that of Muḥammad Abū al-Fatḥ Akram al-Dīn dated regnal year 39, 1107AH (1695-96AD), again making this set of manuscripts a copy of the text dating from the reign of Emperor ʻĀlamgīr, albeit a younger copy than MS RSPA 87. These manuscripts then all bear the same origin; what becomes interesting is that these manuscripts also all bear the seal of Ḥāfiẓ Masʻūd Khān dated 1153AH (1740-1AD). It is possible that Ḥāfiẓ Masʻūd Khān bought them from someone else who previously grouped the manuscripts together, especially given that he acquired them all in the same year (1162/1748-49). So, we have identified Ḥāfiẓ Masʻūd Khān in the year 1162AH as the point at which we can positively assert that the manuscripts were definitely grouped together, with it being possible that they had been previously grouped and sold together to him. What, then, can we say about what happened next? On MS RSPA 87, there is a final acquisition note from a man named Sayyid Muḥammad Anwar ibn Sayyid Muḥammad Ghawth, who apparently acquired the manuscript in Jumāda al-Awwal in the year 1196AH (April-May 1782AD), only a year and a half before Jones acquired them, making Muḥammad Anwar the likely source of these manuscripts for Jones.

Through the seal record, then, we have been able to reconstruct the past history of Jones’s copies of al-Fatāwā al-ʻĀlamgīriyyah and provide the point at which we can definitively say this heterogenous manuscript collection had become grouped together as one text, predating Jones by some thirty years. In his notebooks, Jones lists this text first, before both al-Farāʼiḍ al-Sirājiyyah (MS RSPA 92), which Jones commissioned, and Mukhtaṣar al-Qudūrī, of which he owned two copies (MS RSPA 83 and MS RSPA 84) (see Jones, Notebook, 41); this manuscript text, covered in annotations and notes, which remain in need of extensive study, was therefore an integral cornerstone of his legal practice in India.

Jonathan Lawrence, DPhil candidate at the University of Oxford, doctoral placement at British Library
CC BY