Theories abound on the date that Jews arrived in China. Some point to the period following Moses’ birth, others to the dispersion of the Ten Lost Tribes by the Assyrians in 720 BCE, and others to the Diaspora following the destruction of the Second Temple in 70 CE. Although evidence to support any of these theories is lacking, there is also the likelihood that Jews reached China in the centuries following the Babylonian exile (6 th century BCE). It is known that descendants of the exiles from the Land of Israel moved progressively eastward as they engaged in a thriving commerce by sea and along the trade routes of the Silk Road. Some who had lived in Persia, India and Bukhara may have settled in China. Research work on the Chinese Jewry undertaken particularly in the second half of the 20th century by scholars such as William Charles White, Donald Daniel Leslie, and Michael Pollak, have weighed heavily in favour of Persian roots; however, the exact origin of the Chinese Jews is still shrouded in mystery.

The earliest tangible proof of Jewish presence on Chinese soil comes from a fragment of a Judeo-Persian letter dating from the end of the 8th century (British Library Or. 8212/166), which was found by the Hungarian born British explorer Sir Aurel Stein in 1901 near Dandan-Uiliq, an important Buddhist trading centre on the Silk Road in Chinese Turkestan. This letter (which was obviously en route, being a surface find) was written in Judeo-Persian (Persian in Hebrew script) by a Jewish merchant to a coreligionist in Persia with whom he was engaged in business, and discusses the sale of an inferior flock of sheep. It was written on locally-manufactured paper. 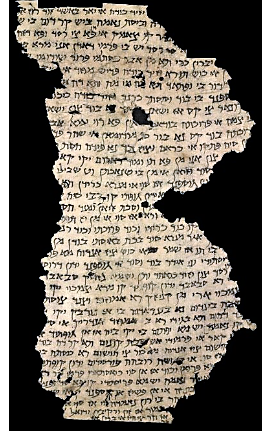 Historians concur that one of the oldest Jewish communities in China is K’ae-fung-foo (Kaifeng, formerly known as P'ien-Liang), on the banks of the Yellow River, in the province of Henan, which was founded by Jewish traders who settled there by the mid-tenth century. Kaifeng had been the thriving capital of the emperors of the Song Dynasty, who ruled China for 166 years beginning in 960 CE.

The Jewish community flourished until the 18th century, but by the mid-19th century, it was already in a state of decline (and barely survived into the 20th century). In 1850, some 200 Jewish souls lived in Kaifeng. Not having had a rabbi for almost fifty years, the Kaifeng Jews lacked but the most basic knowledge of Judaism, and could no longer read and write Hebrew. Their magnificent synagogue, first built in 1163 and rebuilt on at least two occasions since, stood neglected and dilapidated. It nonetheless provided a safe shelter to hapless and impoverished members of the community who, in order to earn a meagre living, sold bricks and wood from its ruins to their non-Jewish neighbours. 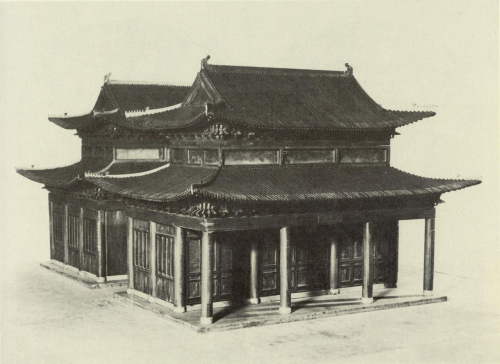 These observations come from the diaries kept by two Chinese Christians, K'hew T'hëen-sang and Tsëang Yung-che, who in November 1850 were despatched to Kaifeng on a mission of enquiry by the London Society for the Promotion of Christianity among Jews. The diaries were subsequently edited by Bishop George Smith and published in Shanghai in 1851 under the title The Jews of K'ae-fung-foo: being a narrative of the mission of inquiry to the Jewish Synagogue of K'ae- fung-foo…

The main purpose of the expedition was to establish contact with the isolated Kaifeng Jews, to learn about their community and way of life, and to retrieve Holy Books from their ancient synagogue. It was on their second visit to Kaifeng in spring 1851 that the two Chinese missionaries obtained forty small biblical manuscripts and purchased six Torah Scrolls (out of twelve Torah scrolls seen on their previous trip) paying the Jewish community 400 taels of silver, the equivalent of about £130.

On December 11th, 1852, the London Society for the Promotion of Christianity among the Jews presented one of the six retrieved Torah scrolls to the British Museum.

The scroll, which has been part of the British Library’s Hebrew collection since 1973, is composed of ninety-five strips of thick sheepskin sewn together with silk thread, rather than with the customary animal sinew. Its 239 columns of unpunctuated Hebrew text are written in black ink in a script that is similar to the square Hebrew script used by the Jews of Persia. 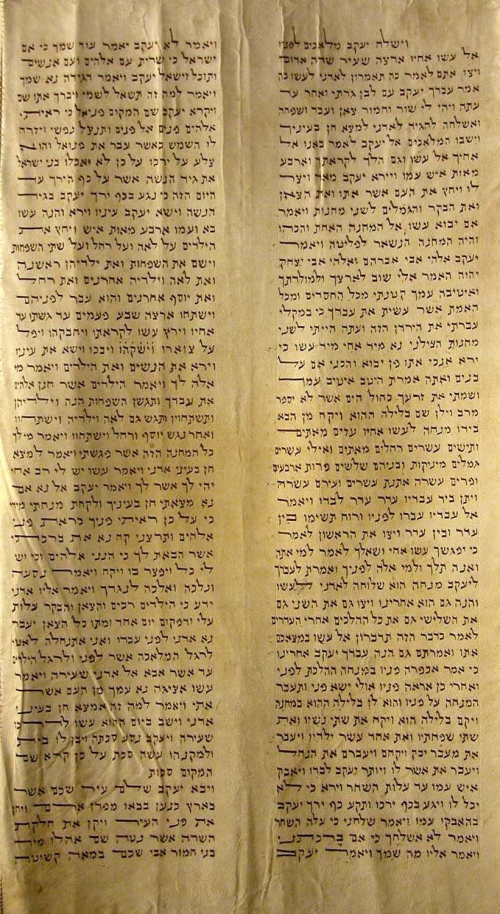 According to scholars, the Torah scrolls originating in Kaifeng were most probably created between 1643 and 1663. Each is marked with an identifying number placed on the reverse of the last skin. The numbers were written in Hebrew and each individual scroll was dedicated to one of the Twelve Tribes of Israel. For example, the British Library scroll bears the letter ב (bet, i.e. number 2) and was dedicated to the Tribe of Shim‘on. 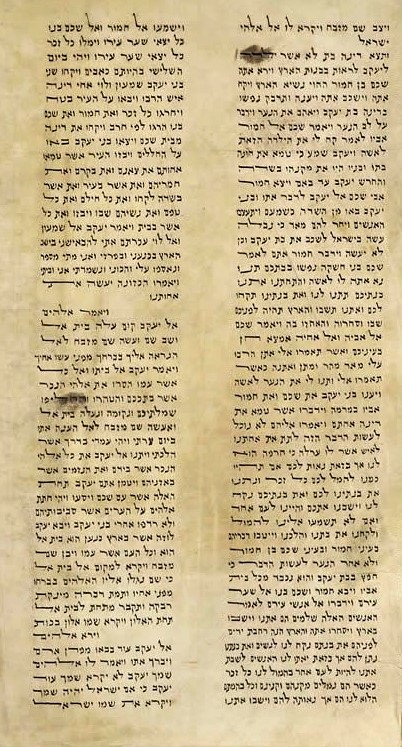 Only seven have survived and are currently preserved in various European and American libraries. Research on the extant Kaifeng Torah scrolls indicates that they were copied from several models of yet undetermined provenance. The considerable number of errors and inaccuracies found in the texts shows that the scribes who wrote them were amateurs whose knowledge of Hebrew was rather poor.

The Kaifeng Torah Scroll is one of the star objects in the Hebrew Manuscripts: Journeys of the Written Word exhibition. Due to the current global pandemic, the opening of the exhibition scheduled for March 2020 has been deferred until further notice.

Our readers and followers would be pleased to know, however, that the scroll has been fully digitised and catalogued, as part of the major Hebrew Manuscripts Digitisation Project undertaken by the British Library, 2013-2020. The Kaifeng Torah scroll digital surrogate is freely accessible on the Digitised Manuscripts website.

Further readings on the Kaifeng Jews:

[1] Please bear in mind that the metadata of the digital surrogate is in the process of being revised. The article link included in the Further readings list provides clear evidence that this letter was written by a Jewish Persian merchant operating in Khotan, to his employer in Persia.