A recent post on the Kaifeng Torah Scroll, a seventeenth century Torah scroll from Kaifeng, Henan province, featured the British Library’s Judaeo-Persian letter Or.8212/166 dating from the end of the eighth century as one of the earliest records of the Jewish community in China. Our post today coincides with Silk Road Week 2020 to celebrate the anniversary of the Silk Road - from Chang'an to the Tianshan Corridor - becoming a UNESCO World Heritage site on June 22, 2014. It highlights the long-term collaboration between the British Library and the National Library of China as part of the International Dunhuang Project (IDP) by focussing on our Judaeo-Persian document and a comparatively recent acquisition of the National Library of China BH1-19. 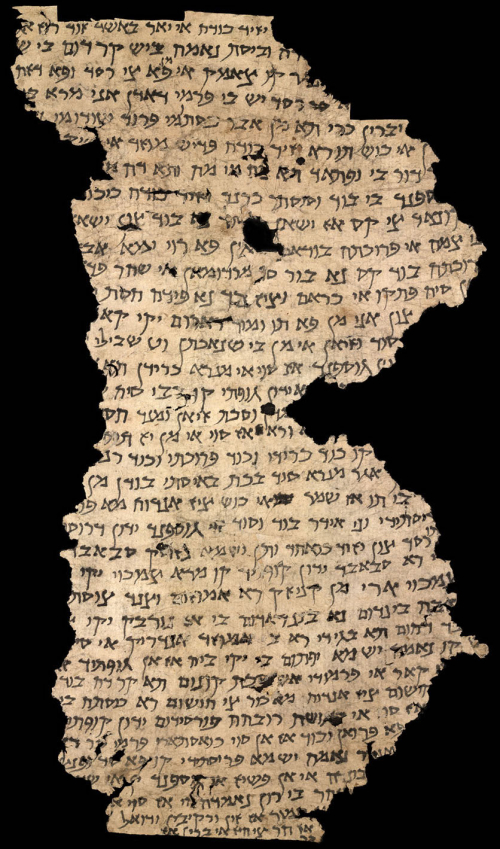 The earliest of these two to be widely-known is the British Library document which was discovered early in 1901 during M.A. Stein’s first expedition to Central Asia. A group of his workmen were indulging in some independent ‘treasure-seeking’ after the completion of formal excavations at Dandan-Uiliq, the site of a former Buddhist monastery and Imperial garrison located to the northeast of Khotan between the Khotan and Keriya rivers in what is now the autonomous region of Xinjiang. While searching the debris left in the sand outside the broken east wall of an ancient dwelling-house (Stein’s D.XIII), they came across a document which Stein described (Margoliouth, p. 737):

as it then presented itself, was a lump of thin brownish paper, so closely crumpled up that in the absence of proper appliances I found it quite impossible to attempt its opening and unfolding. Only where one edge of the paper could be partially loosened was I able to make out some characters which manifestly looked like cursive Hebrew. 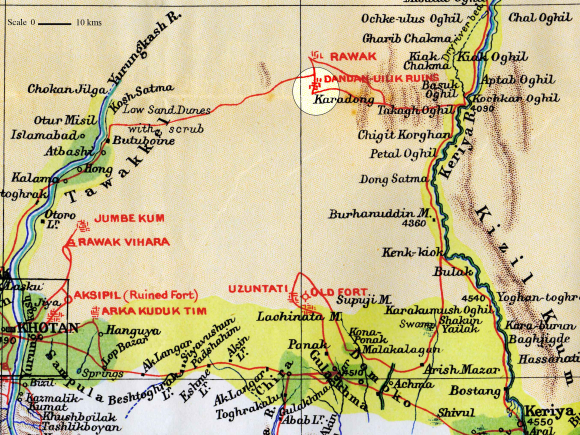 The document was provisionally dated to the end of the eighth century when the site was abandoned, and this dating was confirmed by an analysis of the paper by Professor J. Wiesner (Margoliouth, pp. 742-3) which found that the structure was indistinguishable from the paper of Chinese documents found at Dandan Uiliq, dating from between 781 and 790.

The letter proved to be written in Judaeo-Persian, i.e. Persian written in Hebrew script. However since the beginning and end of each line was missing, there was only a limited amount of contextual information to be deduced (for an edition and translation see Utas, 1968 below). Mention of sheep trading and cloth indicates the document’s commercial nature and a reference to the author having written “more than 20 letters[1]” attests perhaps to a thriving trade. There is also an intriguing request for a harp required for instructing a girl how to play (see Yoshida, pp. 389-90 for a possible explanation of this).

In 2004, however, an almost intact leaf (BH1-19) of a similar document was acquired by the National Library of China. Published in 2008 (Zhang Zhan and Shi Guang), it appears to be the initial page of possibly the same letter and gives a more detailed historical context by referring to the defeat of the Tibetans at Kashgar which happened around 790.

The letter (translated by Zhang Zhan in Hansen, pp. 381-2) is from a Persian speaking Jew of Khotan to the ‘lord master’ Nisi Chilag, Abu Sahak and others on the subject of sheep trading. It lists bribes to officials, arranged no doubt in order of sociological importance and headed by a local ruler (dihgān) who can perhaps be identified with the King of Khotan or someone of equal status (Yoshida, p. 392). The gifts include a vase, scent, silk cloth, raw silk, sugar and other items which are not yet fully understood. Perhaps the most important information was the news from Kashgar that “They killed and captured all the Tibetans”. The writer himself contributed “a sum worth 100 strings of coins, or 100,000 coins” for the war effort. 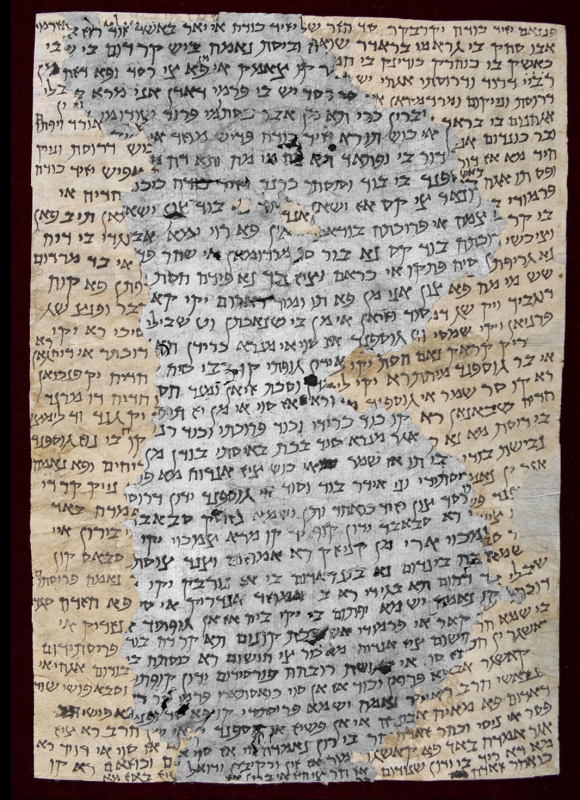 Montage showing the two letters BH1-19 and Or.8212/166 superimposed for comparison

As demonstrated by the montage above, the two documents are almost certainly part of the same letter with the National Library fragment forming the opening page and the British Library fragment a subsequent folio. From a morphological, palaeographical, and content-wise point of view we can be fairly certain that both were written by the same Judaeo-Persian trader. The author is identified in the second letter as ‘Sogdian,’ and despite being written in Persian, Yutaka Yoshida has convincingly argued on the basis of various sogdianisms in the letter itself that he was most likely a Persian speaking Sogdian Jew (Yoshida, pp. 390-92).

Taking both parts together the Dandan-Uiliq letter is probably the oldest surviving document of substance to be written in early New Persian, marking the first phase of the Persian language after the Islamic conquest. As such it provides important evidence for the development of the Persian language in addition to documenting the history of eighth-century Khotan.