While awaiting the postponed opening of our exhibition Hebrew Manuscripts: Journeys of the Written Word, I am delighted to offer our readers and followers snapshots of its magnificent contents. Among the 39 Hebrew manuscripts included in the exhibition, there are three pertaining to Maimonides. In this blog, I will be highlighting an all-time favourite - Maimonides’ signed responsum (Or 5519 B), which was discovered in the 19th century in the Cairo Genizah. 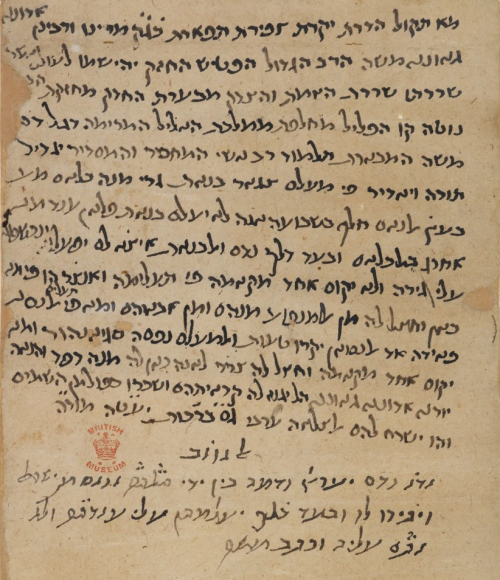 One of the greatest Jewish sages of all times, Mosheh ben Maimon (b.1135, Cordoba, Spain, d.1204, Fustat, Old Cairo, Egypt), was not only an outstanding legal authority, erudite philosopher and celebrated physician, but, also the most influential Jewish spiritual leader of his era. The Arabs amongst whom he spent most of his life knew him as Abu Imram Musa ibn Maimun al-Qurtubi. To Western Christian scholars he was known as Moses Maimonides or simply Maimonides, while his own people called him Rambam, an acronym of Rabbi Mosheh Ben Maimon. 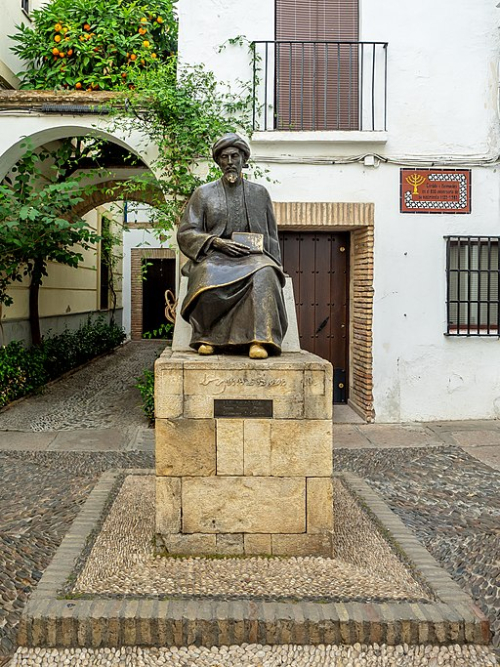 A polymath with a stupendous intellect and an astonishing memory (legend has it that he retained every word and thought after reading a book), Maimonides displays an unmatched originality, incisive analytical power and profound erudition in most of his works. There is hardly a discipline of medieval scholarship, or field of Jewish knowledge that he did not master and cover in his writings. He was a polyglot fluent in Arabic and Hebrew, and seemingly well acquainted with Aramaic, Greek, Latin, Persian and Spanish.

Although Maimonides’ literary legacy encompasses a vast corpus of writings in a broad range of disciplines, he is famous for composing three of Judaism’s major works: the commentary to the Mishnah - oral tradition of Jewish Law (1168 CE), the Mishneh Torah (The Second Law or the Mighty Hand) a monumental code of Jewish law (1178 CE), and the Moreh Nevukhin (The Guide for the Perplexed), probably the most authoritative Jewish philosophical treatise of the medieval era (1190 CE). 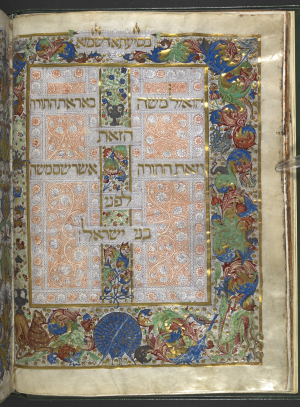 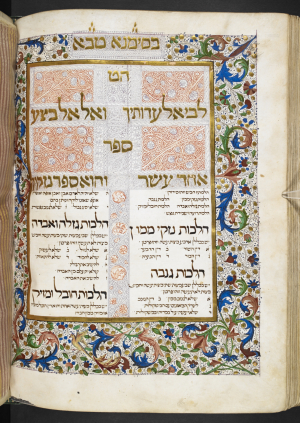 The beginnings of the genre can be traced back to the late talmudic period (c. 6th century CE) when the geonim–teachers and scholars of the Babylonian academies–began receiving legal questions from diasporic countries. The preservation of this material in Cairo, which between the 6th and 11th centuries CE served as the principal distribution centre for answers sent onwards to western North African Jewish communities, contributed further to its survival. Not surprisingly, a hoard of ‘gaonic responsa’ was found among the treasures accumulated in the Cairo Genizah when it was uncovered more than a century ago.

Difficult cases were referred by local rabbinic courts to the world-renowned authority Moses Maimonides in Fustat, Old Cairo, and the latter drafted his reply, or responsum as in this example. This case concerns a teacher who regretted an oath he had taken not to teach the daughters of a certain person. The oath, which had been prompted by slanderous remarks, resulted in loss of earnings for the teacher and disruption to the girls’ education. Maimonides’ succinct answer rules that the teacher should rescind the oath in front of ‘three Israelites’, then resume his work as before. The last word in the document is Maimonides’ signature Mosheh (Moses).

Maimonides’ own handwriting with his signature (last word in line 3). Fustat, Old Cairo, Egypt, 12th century CE (Or 5519B, detail)

The enquiry was written, presumably by a professional notary, in a semi-square Spanish-Maghrebi hand, in a mixture of rabbinic Hebrew and Judeo-Arabic. It begins with a sequence of honorific attributes addressed to Maimonides such as for instance: Mosheh ha-rav ha-gadol (Moses the Great Rabbi) and ha-Patish he-hazak (the powerful hammer). The succinct reply, in the same mixed languages, is in Maimonides’ own hand and occupies the last three lines of text.

The question addressed to Maimonides with honorific attributes (line 2 from the top). Fustat, Old Cairo, Egypt, 12th century CE (Or 5519B, detail)

Apart from illustrating Maimonides’ unsurpassed authority and the veneration he commanded from the Jewish world, this significant autograph manuscript shows Maimonides’ sympathetic approach and high degree of pragmatism when dealing with his fellow co-religionists’ predicaments. It also provides a glimpse of Jewish life in twelfth-century Egypt and demonstrates that, contrary to popular belief, education in medieval times was not restricted to Jewish males.

Over five hundred responsa written by Moses Maimonides are known to have survived. They are priceless testimonies to his thinking on applying the law to actual cases, and illuminate the social conditions prevailing during his lifetime. Maimonides’ legal answers embrace a broad spectrum of life situations including business partnerships, conversion to Judaism, inheritance, marriage and divorce, oaths, and others. Although many lack the date of composition, it is generally accepted that they were written between 1167, shortly after his arrival in Egypt and 1204, the year of his death. The first collection of Maimonides’ responsa appeared in print only in the 18th century. Noteworthy scholarly collections that have been published since include Alfred Freimann’s 1934 edition, and Joshua Blau’s 1957-61 four-volume compilation, both in Hebrew.