This blog deals with the earliest Yorùbá books held at the British Library up to 1870, some of which have been digitized. At the end of this blog is a link to a bibliography of all these items and where they are available digitally. The first Yorùbá-language published item in the British Library dates to 1843. That is:

Subsequent items published around the same time give an insight into the early days of Yorùbá language publishing — a list of them is available for download at the end of this list. There are thirty-five items I found catalogued between 1843 and 1879, using a list of catalogued entries with ‘yor’ language classification, along with other speculative searches on BL Explore.

Out of these, fourteen have been successfully digitized and exist either as a digital collection item or on Google Books, with a few exceptions. But all reachable from the British Library website.

The last digitized item is —

Both Crowther and Gollmer have been dead for more than seventy years, which allows for their work to be made public in this way, as prescribed by copyright laws governing the entry of published books into the public domain. All the other works in this list also fall under this description.

This is the first published book of the bible into Yorùbá. Others followed at different times.

But there was also commentary on the religious practices of the environment in which these missionaries worked. For instance 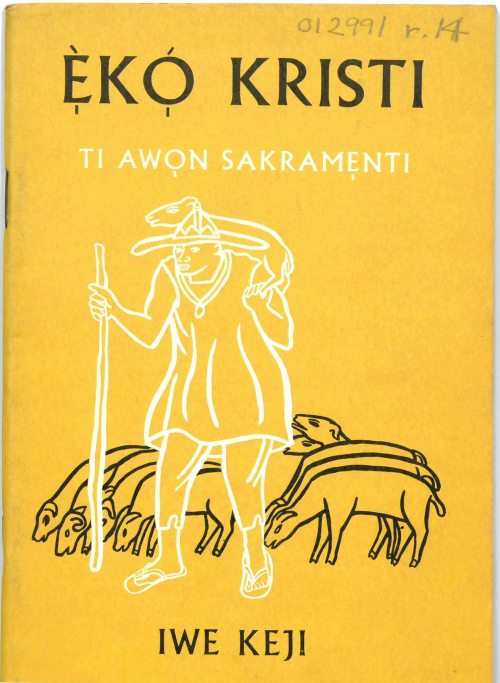 There is also travel writing, for instance:

which has invaluable knowledge of the àrokò system, described briefly in this essay by the British Library Africa Curator, Dr. Marion Wallace; 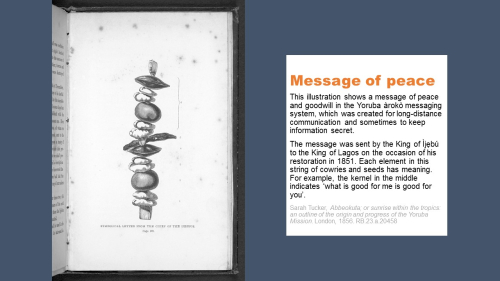 Message of good will from Abbeokuta; or Sunrise within the Tropics: an outline of the origin and progress of the Yoruba Mission

The rest are grammar books, like the aforementioned Vocabulary of the Yorùbá.

There are also periodicals, such as

which I have talked about at length in an earlier blog.

The digitization of some of these materials have put them in the hands of people who may not have been able to physically come to the British Library — especially now during this time of the pandemic. While the physical copies remain at the Library and will remain available for time to come, having them digitally present extends the reach of their use to a wider audience. It is of immense benefit for researchers interested in the origins of Yorùbá language publishing, the work of the early Yorùbá language missionaries, the record of the original translations of the bible into Yorùbá, the thoughts of people traveling within the Yorùbá country in the middle of the 19th Century, and any other interesting tidbits that can be obtained by contact with such records.

One of the books within this range—

—no longer exists as a physical item at the British Library. A note in the record says “Physical condition: Copy at D-4419.h.24.. Destroyed in World War II.” It may exist in some other library or private hands, but the record puts into sharp relief the benefits of digitization for the long term survival of these records.

As I mentioned earlier, some of these items are on Google Books while some are on the British Library website. Their presentations are also different. The Epistle of Paul the Apostle to the Romans, for instance, does not have its cover page on Google Books; one lands on the title page. Whereas, in the BL Viewer, one begins on the cover page, with a chance to see the cover art and enjoy a little faux sensation of encountering a real book. The BL viewer also presents full metadata on the right side of the page. What Google Books has that the BL Viewer does not is a search box, allowing the user a chance to go directly to the search term they may be looking for. On the BL Viewer, one can only go to specific pages, not to specific terms/words.

Having both options available for researchers is a great help. Unfortunately, not all the digitized options show up on the BL search results. I have indicated in the linked list: Publications in Yorùbá 1843 – 1879 held by the British Library where they have been digitized and where they have not. 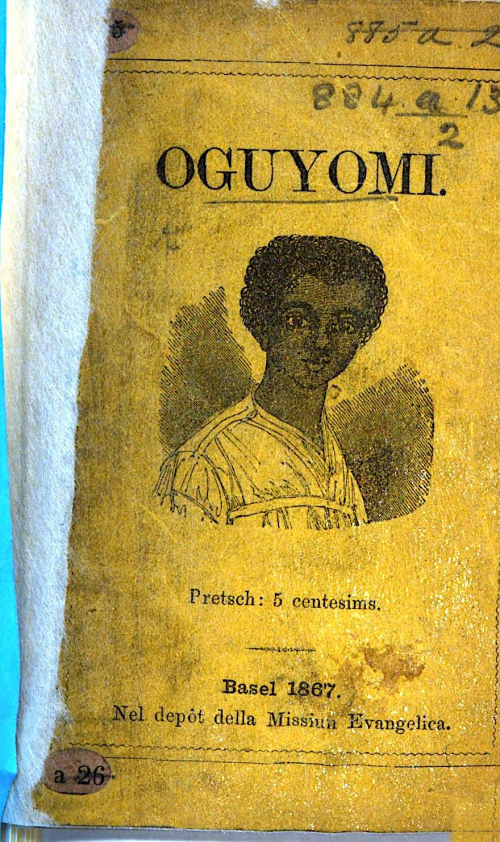 Oguyomi. A story of the mission at Ibadan in the Yoruba country, published by the Basle Missionary Society. Romansch. Basel, 1867 (General Reference Collection 884.a.13.(2.))

Kọ́lá Túbọ̀sún is a Nigerian linguist, scholar, and writer, author of Edwardsville by Heart, a collection of poetry. He is 2019/2020 Chevening Research Fellow at the British Library.