The British Library holds an impressive collection of Christian Arabic texts, including many Bible translations which served a variety of communal interests. The character of the translations varies greatly. Most were based on Greek and Syriac Vorlagen but Hebrew, Latin, and Coptic source texts were also sometimes consulted. The communities were often bilingual – or even trilingual – which is reflected in many manuscripts. 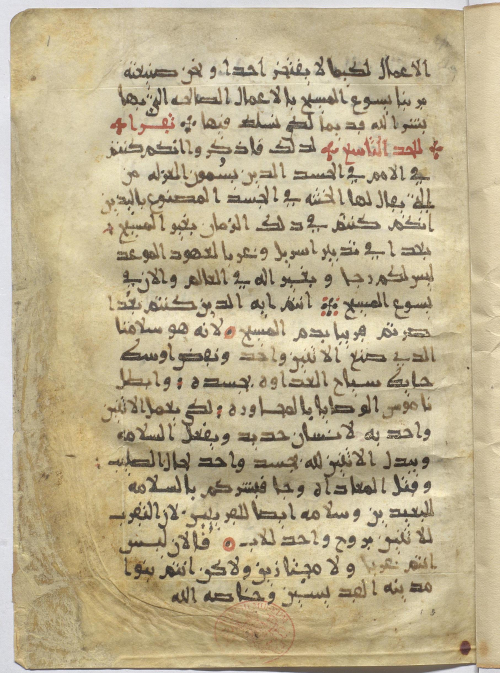 Folio from an early translation of the Pauline Epistles in Arabic (Or. 8612, fol. 1r) 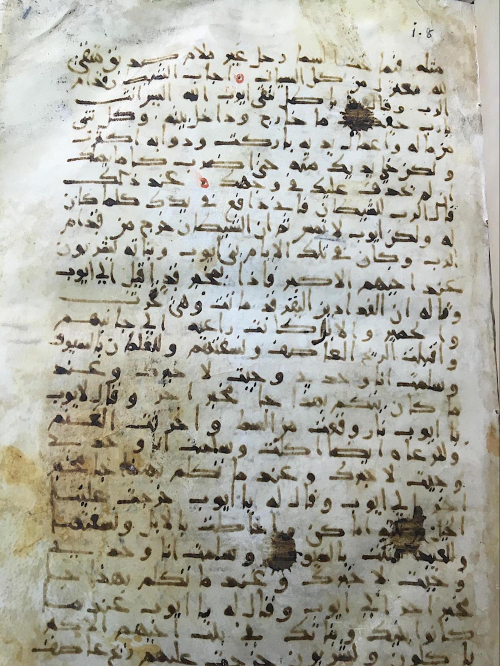 The two earliest Bible manuscripts are dated on paleographical grounds to the latter half of the ninth century: Or. 8612, which represents an early version of the Pauline Epistles, and Add. Ms. 26116, a translation of the Book of Job.  The scripts, characterized by their horizontal extension and many angular shapes, are often referred to as ‘Christian Kufic’ or ‘Early Abbasid’ style and are typical of the earliest Christian Arabic manuscripts produced in Palestine.

Alongside the Gospels and the Pauline Epistles, the Book of Psalms is the most widely reproduced biblical text in Arabic[1]. There are several examples in the British Library, including the version commonly attributed to the famous translator and theologian ʻAbd Allāh ibn Faḍl al-Antākī. Ibn Faḍl was active in Antioch in the eleventh century and the translation attributed to him was widely used in the Rūm (Greek) Orthodox communities although it in fact dates from an earlier period and is found in the earliest attested Arabic versions. From the early stage of Arabic Bible production to the modern era, many extant translations of the Psalms show an affinity with the translation attributed to (or revised by) Ibn Faḍl and as such, they probably represent the most homogenously transmitted biblical book in Arabic. Yet, whereas some psalms in these manuscripts are highly similar or even identical to one another, others display notable variations. 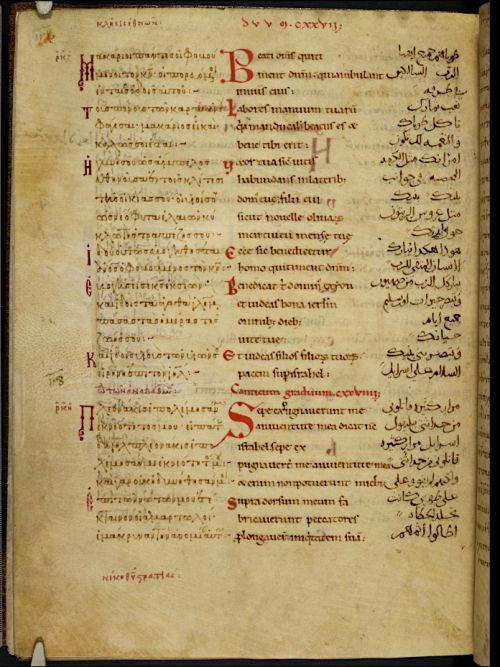 A relatively early copy of this translation is found in the polyglot Psalter Harley Ms. 5786, copied before 1153 CE.  A similar version became part of the Biblia Sacra Arabica, the official Roman Catholic Bible in Arabic issued in the seventeenth century. Similar (but not identical) to the latter are Harley Ms. 6524; Add. Ms. 3056; Harley Ms. 5476; Or. 14976; Or. 4055; and Arundel Or. 19 – all seemingly copied in the seventeenth and eighteenth centuries. Many of these copies are psalters divided into twenty divisions (kathisma) indicating the daily recitation of psalms. 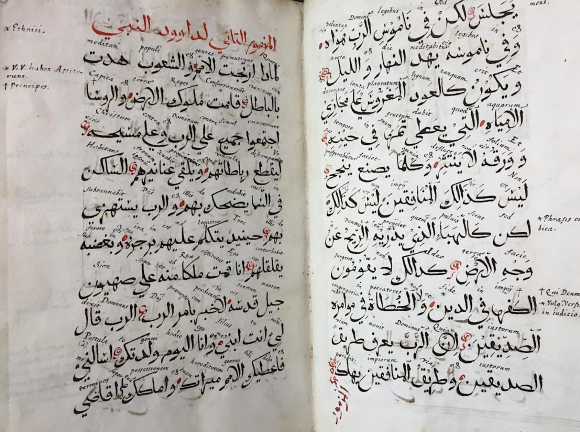 Another version of the translation attributed to Ibn Faḍl was included in the London Polyglot compiled by Walton in 1654–57 CE and it is interesting to note that the wording in Walton’s polyglot is very similar to that in the magnificent codex Arundel Or. 15. This codex, which is undated, is written in a style typical of Mamluk Qurʼans. As with many translations of the Psalms, it contains the Biblical Odes and some additional prayers prefaced by a lengthy explanatory introduction written for the benefit of the reader and the preacher. It discusses the authorship of the various psalms, their genres, historical and theological aspects, as well as their liturgical use. In addition, the scribe, or team of scribes, added text critical notes to the translation in Greek, Latin, Syriac, Coptic, and Arabic. 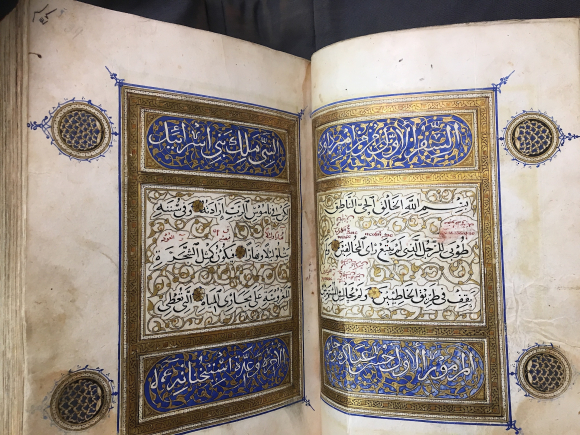 A further example which appears to be loosely related to the above version is the bilingual Greek-Arabic Or. 5007 dating from the twelfth or thirteenth century.

Another important manuscript in the collection is Add. Ms. 9060 dated 1239 CE and written in Maghribi script. The introduction, which represents a revision of an earlier text, may originally have been composed by the Andalusian author Ḥafṣ ibn Albar al-Qūṭī (fl. 889 CE), who is known for his poetic translation of the Psalms into Arabic. The text of the Psalms in this copy is similar to Ibn Faḍl’s translation. 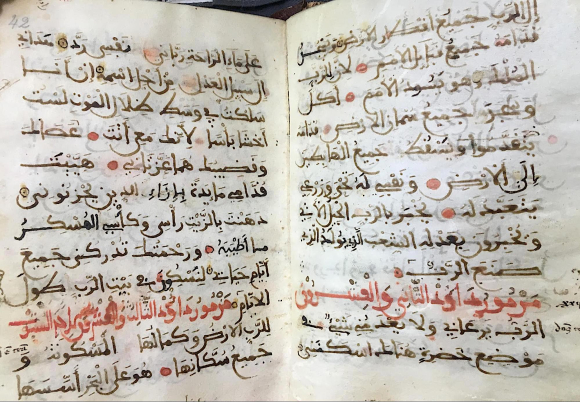 Of great interest also is the commentary on the Psalms by the famous East Syriac physician, philosopher, and exegete Abū al-Faraj ʻAbd Allāh Ibn al‑Ṭayyib (d. 1043 C.E.). The British Library has two copies of Abū al-Faraj’s commentary: Arundel Or. 4, dating from the thirteenth century, and Add. 15442 dated 1188 CE. A similar version of the Psalms, without a commentary, is transmitted in Or. 5469 (at least for Psalm 1). Ibn Ṭayyib’s philosophical works were known to famous philosophers such as Ibn Sina, Ibn Rushd, and Maimonides and he is often described as the most important Christian Arabic exegete, yet his exegetical works remain largely unstudied. Ibn Ṭayyib’s commentaries mainly focus on moral and historical aspects of the biblical texts, rather than Messianic ones, in contrast to Ḥafṣ ibn Albar and the author of Arundel Or. 15. He also wrote a commentary on the Gospels and an example of this is found in Or. 3201 dated 1805 CE. 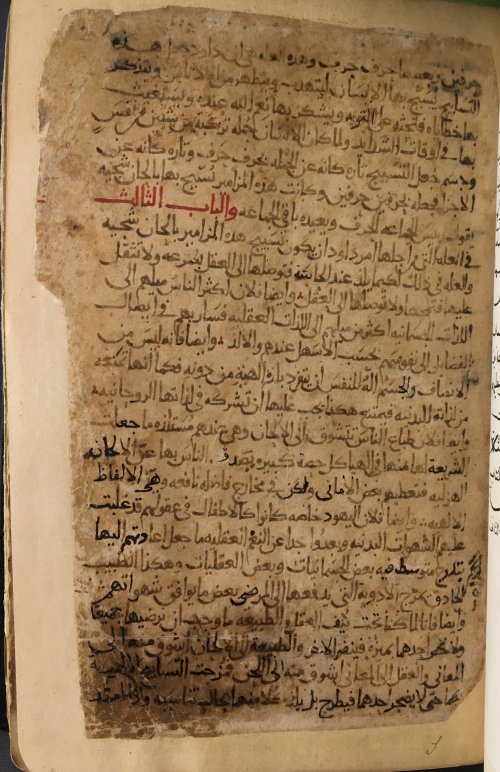 A particularly interesting manuscript as regards the history of the Bible in Arabic is Or. 1326, reportedly the second of two volumes containing biblical books. This manuscript, dated 1585–90 CE, includes, for instance, al-Ḥārith ibn Sinān’s translation of the Wisdom books. We know little about al-Ḥārith besides the fact that he most likely translated the Wisdom books and the Pentateuch from the Syriac Syrohexapla and supplied the latter with an introduction. Or. 1326 furthermore contains an Arabic translation of the Gospels, associated with al-Asʻad Abū al-Faraj Hibat Allāh ibn al-ʻAssāl. Hibat Allāh belonged to a famous Coptic family, which contributed greatly to the intellectual and literary life of the Coptic Orthodox church in the thirteenth century. The British Library has a very early example of his translation, Or. 3382 dated 1264 CE, and a later copy, Add. Ms. 5995 dated 1474. Or. 1326 furthermore contains the Pauline Epistles according to the Egyptian Vulgate and the version of the book of Job attributed to a certain Fatyun/Pethion who is mostly known for his translation of the Major Prophets (cf. Or. 5918, dating from the thirteenth or fourteenth century). Despite the wide circulation of his texts, the only thing we know about him is that he translated from the Syriac Peshitta and that he inserted explanations and so-called ‘alternate renderings’ into the text, so that one passage in the source text is represented by two or more different renditions in the target text. The version of the Prophets transmitted in Or.1326, however, is that attributed to a certain al-ʻAlam al-Iskandarī. The same version of the Prophets occurs in Or. 1319 dated 1806 CE which became widely known to biblical scholars through its incorporation into the London Polyglot. Al-ʻAlam translated the Prophets from an old Greek majuscule text, apparently in Alexandria, before or during the fourteenth century, from when the earliest extant copy is attested. This copy is also located at the British Library, Or. 1314, an ornamented bilingual Coptic-Arabic text, dated 1373/4 CE. 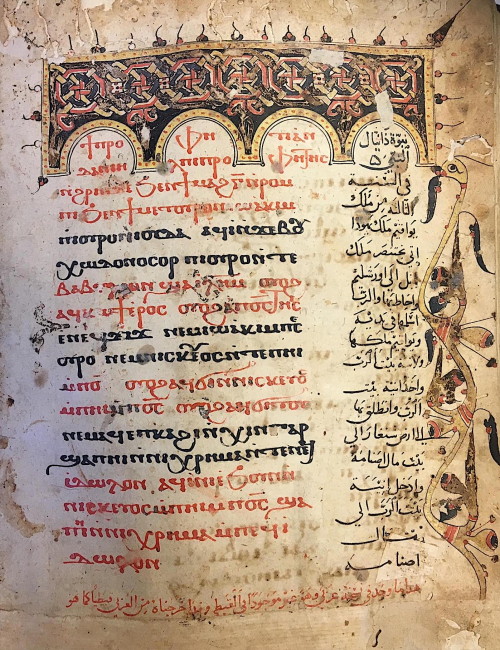 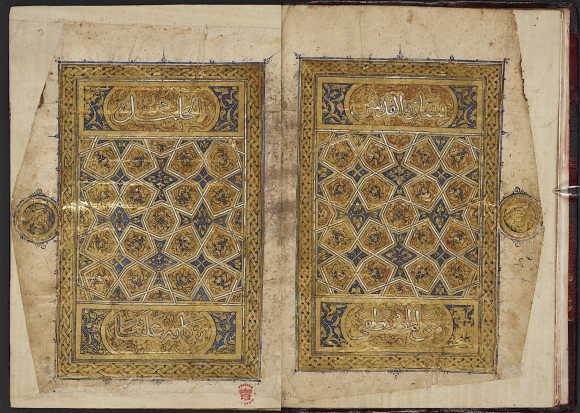 This post was written with the support of the Swedish Research Council (2017-01630). My gratitude to Meira Polliack, Camilla Adang, Colin Baker, and Ursula Sims-Williams.