An Earl, a collection, and a shopping list: Mail-order military manuscripts

A lithographed wish-list of titles on Arabic military science testifies to the frustrated literary ambitions of a king’s son. 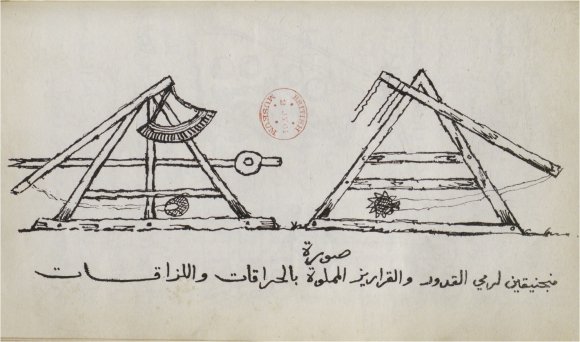 Shopping for books in the early nineteenth century

In these days of home delivery, we are used to the concept that (almost) whatever we wish to acquire, from takeaways and groceries to toys, clothes, and books, may be obtained without leaving the comfort – or confines – of the home. But two hundred years ago, for those with very specific literary interests, the acquisition of books or hand-written manuscripts could necessitate great dedication to the cause: months or years of foreign travel, tireless enquiry, and great expense.

Nonetheless, for those in possession of power, good contacts, and deep pockets, the pursuit of rare books could be conducted remotely, to a degree. And just as today’s shopping websites allow users to compile their ‘wishlists’, one remarkable document compiled at the behest of George FitzClarence, first Earl of Munster (1794-1842), tells a nineteenth-century tale of mail-order manuscripts.

The life and literary interests of George FitzClarence, first Earl of Munster

Eldest illegitimate son of Prince William (1765-1837, William IV from 1830), FitzClarence devoted much energy to appealing for funds and honours from his father, from whom he became estranged. Prone to drinking and gambling, publicly mocked in satirical sketches, and afflicted with depression, he has gone down in history as an unfortunate figure, committing suicide in March 1842 at the age of 48. 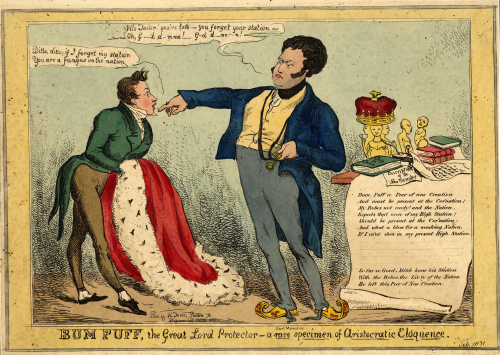 However, there was another side to FitzClarence, one overshadowed by his sad end.

After military service in India (1815-17) he travelled home via Egypt, later publishing his account of the journey. Pursuing his developing interest in Asian history and literature, FitzClarence became a founder member and from 1828, Vice-President of the Royal Asiatic Society of London, in which role he supported the publication and translation of Arabic texts via the Society’s Oriental Translation Fund, still operational today. 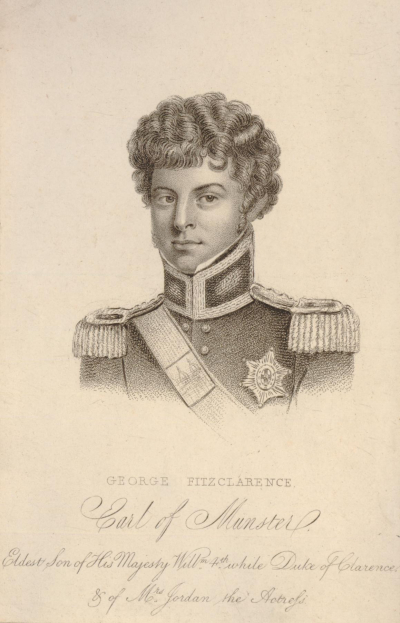 Subsequently, FitzClarence combined his interest in military matters with his scholarly and literary passions, initiating an ambitious project to author a comprehensive history of the military sciences in Muslim societies.

Hundreds of Arabic treatises on military science have been composed, re-arranged and translated into Turkish, Persian and other languages since at least the ʿAbbāsid period (750-1258). They are often categorised under the general label of furūsīyah (horsemanship), encompassing equestrianism, the mastery of mounted manoeuvres, polo, shooting at targets, and horseback hunting (a luxurious illustrated example of this genre is this copy of Nihāyat al-su’l wa-al-umnīyah fī ta‘allum a‘māl al-furūsīyah (Add MS 18866). However, the Arabic military sciences also include subjects such as the manufacture and use of weapons like the bow and arrow, sword, mace, lance (Add MS 14056, ff. 1v-10v; ff. 11r-18v) and spear; equine medicine and horse-training (Add MS 14056, ff. 19r-123v, Add MS 23416); tactical theory and skills for the battlefield; war machines (Add MS 14055) and explosive devices; military management and bureaucracy (Or 9016), and the etiquette of engaging the enemy and dividing the spoils of conquest.

Many texts take the form of didactic, practical manuals, with many surviving manuscripts today dating to the highly militarised Mamluk state in Egypt and Syria (1250-1517) as well as its Ottoman successor in the sixteenth and seventeenth centuries (Add MS 20736).

Wishing to gather as many of these primary sources as possible towards his magnum opus, FitzClarence purchased extensively (Add MS 14056 and 14055). Not mastering the necessary linguistic skills, he enlisted the promising young Austrian Orientalist Aloys Sprenger (1813-93), who had recently relocated to London, as secretary and research assistant in his quest.

In addition to FitzClarence’s acquisitions, he and Sprenger borrowed and compiled all that the libraries and private collections of Britain had to offer on the subject, as a note inside a copy of three treatises on military science (Or 3631) borrowed from the antiquarian and astronomer John Lee, Né Fiott (1783-1866), attests, its melancholy codicil ‘Returned August 1842’ hinting at the tragic event to come.

They also travelled across Europe together, visiting libraries in search of relevant texts in Arabic, Turkish, and Persian and Hindustani. During this period Sprenger also obtained a medical degree ‘on the side’ with a thesis on the development of Arab medicine.

The ‘Wishlist’ of military texts 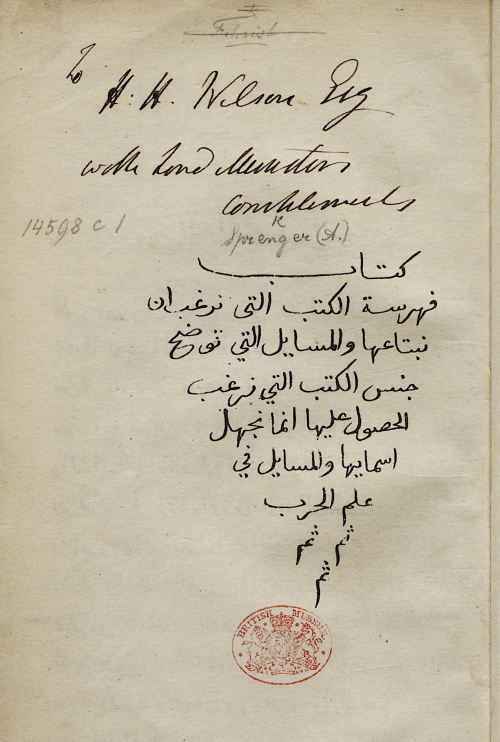 Written in Sprenger’s Arabic hand and lithographed, this veritable shopping list opens with a preface in ornate classical Arabic literary style (p. 1), followed by an explanation of FitzClarence’s aim in writing the list, and a long description of the subjects of interest (pp. 1-83). The latter range widely, from Qurʾānic and legal precepts relating to war; jihād; armies and warfare throughout the history of Islam from the early caliphates to the Seljuqs, Timurids, Ottomans and Mughals; military management and financing; terminology; different styles of warfare (mounted or on foot); horses; apparel; weaponry; armour; training; parades; manoeuvres; famous teachers; desired qualities in a soldier, and numerous other fields of enquiry.

Then are listed hundreds of known titles on warfare, horsemanship, and weaponry (pp. 84-106) and military and political history (pp. 106-156), followed by an author index (pp. 156-160). The titles, often cited alongside biographical details of the authors, testify to Sprenger’s exhaustive research and vast knowledge of the field. In a sense, this remarkable compendium saw the Sprenger/FitzClarence team take an unlikely honorary place in the rich history of Arabic bio-bibliographic writings. 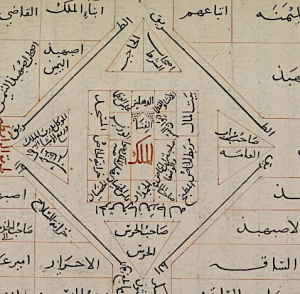 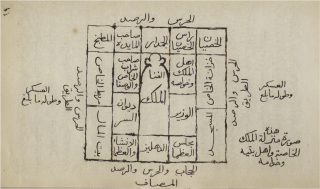 The work also contains examples of diagrams sometimes found in the Arabic treatises sought, labelled images of weapons apparently functioning more as a terminological inventory for the author or reader’s benefit than as faithful reproductions from the manuscripts, and as some drawings apparently taken from European military texts. 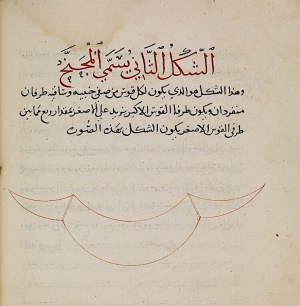 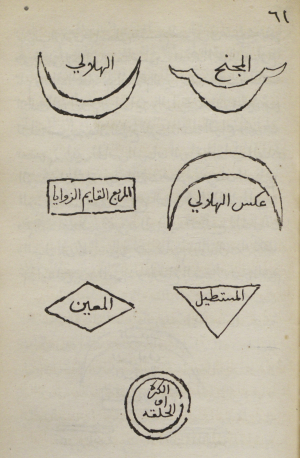 This document was clearly aimed at Arab book dealers and agents with access to Arabic manuscripts, but further research is needed to establish whether FitzClarence’s wishlist directly resulted in any acquisitions. His suicide only two years later stopped the project in its tracks, and the planned History of Military Science among the Muslim Peoples which by now had mushroomed into a vast account of warfare including the pre-Islamic societies of Persia, China, and Indian, never came to fruition.

Having lost his patron, Sprenger sailed to India as a surgeon, later continuing his scholarly career as principal of various colleges in Delhi and Calcutta, and researcher-cataloguer of Indian collections including the Imperial libraries of Awadh (Oudh). He also amassed a manuscript library of his own, at least part of which now forms the Sprenger Collection at the Staatsbibliothek zu Berlin - Preußischer Kulturbesitz.

Although FitzClarence’s book never came to be, copies of the wishlist remain in many libraries as a testament to his thwarted literary ambitions. One can only wonder what he would have made of the digital, virtual libraries of today in which his dream of access to ever more of the world’s Arabic military texts – and millions of others – is increasingly coming to pass.

FitzClarence, George Augustus Frederick,  Journal of a Route Across India, Through Egypt, to England, in the Latter End of the Year 1817, and the Beginning of 1818  (London: John Murray), 1819.

The Earl of Munster's obituary in 'Proceedings of the nineteenth anniversary meeting of the society' Journal of the Royal Asiatic Society, 7 (1843), pp. i-xxi.

Sprenger, Aloys, A catalogue of the Arabic, Persian and Hindu'sta'ny manuscripts, of the libraries of the King of Oudh, Vol. 1 (Calcutta: J. Thomas for the Baptist Press), 1854.

— , An Earl, a Collection and a Gun: the Curious Provenance of a British Library Manuscript', Qatar Digital Library (2014).