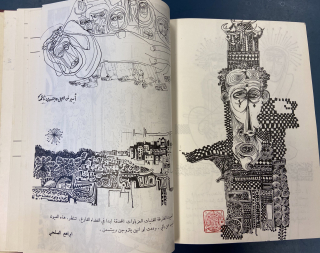 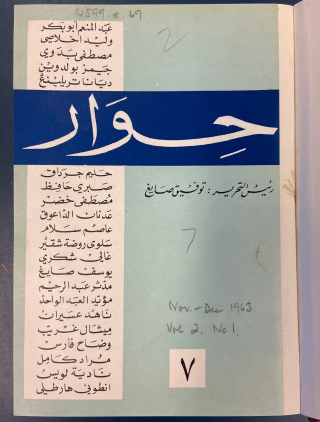 Between April and June 2021, the British Library and Murray Edwards College, University of Cambridge, hosted Histories and Archives of Arabic Publishing: an online series of talks exploring publishing practices in Arabic as a site for unfolding intellectual networks, artistic practices and political imaginaries from the 1960s until the present.

The series was co-curated and convened by Hana Sleiman, Research Fellow in History at Murray Edwards College, University of Cambridge, and Daniel Lowe, Curator of Arabic Collections at the British Library.

Recordings from all four events in the series are now available to watch on the British Library’s YouTube channel and we have collated them below for your convenience.

We regarded the series as a space for collective learning. As such we invite anyone with an interest in the subjects and themes raised —both in Arabic and different linguistic and regional fields— to be in touch so we can explore potential activities and interventions that build upon this series. You can do this by emailing Hana and Daniel.

Kayfa ta: On Shapeshifting Texts and Other Publishing Tactics
Ala Younis and Maha Maamoun appeared in conversation with Hala Auji

This session was organised in partnership with Delfina Foundation as part of their Collecting as Practice programme, and Middle East History Group, Faculty of History, University of Cambridge. Fehras Publishing Practices current exhibition is Borrowed Faces: Future Recall is on at Mosaic Rooms, London, until 26 September 2021.