Kālāma Sutta and the premise of free thinking

Tipiṭaka or the ‘Three Baskets’ forms the canon of the teachings of the Buddha written in Pāli. The second ‘Basket’, Sutta Piṭaka, contains five Nikāyas or ‘collections’ of thousands of discourses attributed to the Buddha and his disciples. The Aṅguttara Nikāya, or ‘numerical discourses’ is divided further into eleven Nipāta or ‘books’, one of which includes the Kālāma Sutta (ကာလာမသုတ်) or the ‘Instruction of the Kalamas’ (Tika-Nipāta, Mahāvagga, Sutta no. 65, also known as the Kesamutti Sutta). The Kālāma Sutta is famous for encouraging free thinking and opposes dogmatism, fanaticism and any kind of intolerance. It expounds the idea that in order to gain clarity one has to also examine one’s mind and ideas.

The British Library’s Myanmar (Burma) Collections hold several manuscripts of the Aṅguttara Nikāya. Man/Pali 56 and Man/Pali 61 both contain the Eka-, Duka-, and Tika-Nipāta of the Aṅguttara Nikāya, including the Kālāma Sutta. They are beautifully manufactured palm leaf manuscripts, entirely gilded from the outside and placed between bevelled gilded wooden binding boards. These manuscripts belong to the Mandalay Palace Collection from 1886 and therefore date from the 19th century. Both manuscripts contain over 170 precisely incised palm leaves. 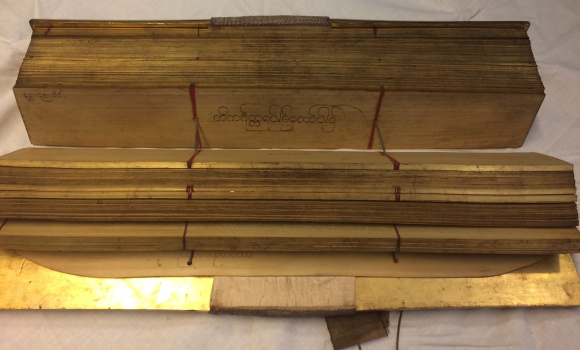 The beginning of the Tika-Nipāta, which includes the Kālāma Sutta, in a palm leaf manuscript, 19th century, Pali in Burmese script. British Library, Man/Pali 56

In the Kālāma Sutta the Buddha is wandering around Kosala accompanied by a large community of monks (bhikkhus) and comes to Kesaputta town, inhabited by the Kalamas. The Kalamas ask the Buddha for advice. There are many holy and wise men who visit the town, each expounding their own doctrines and demolishing opposing ones. This leaves the Kalamas uncertain: which of these men speaks the truth?

The Buddha responds with these famous words: 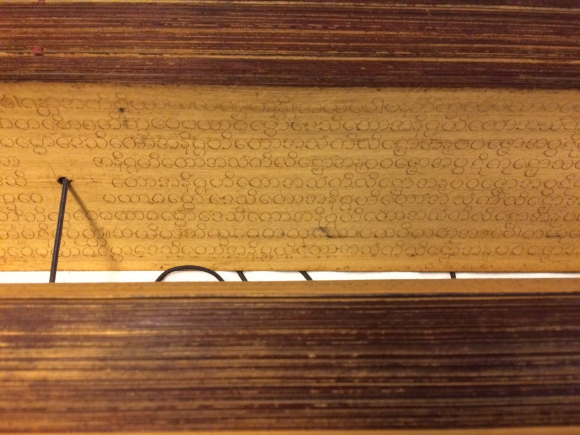 An excerpt from the Tika-Nipāta, which includes the Kālāma Sutta, from a palm leaf manuscript, 19th century, Pali in Burmese script. British Library, Man/Pali 61

The Buddha then goes on to explain that mental wellbeing can be acquired by overcoming greed, hate and delusion and goes through each of these in detail. The Kalamas agree that greed, hate and delusion can only cause harm and that the absence of these is thus beneficial. Following this the Buddha expounds that each person has the capacity to distinguish what causes harm and what causes happiness and therefore each person should follow their own judgement. Whatever one’s belief (or non-belief) in the hereafter, if one is free of hate and malice, that person will be able to find solace.

Distinguishing between what causes harm and what causes happiness is in the Kālāma Sutta not simply an act of reasoning or an intellectual exercise, it is the ability to distinguish what leads to the harm or benefit of not just oneself but of everybody.

The Kesariya stupa in Bihar is believed to be the place where the Kālāma Sutta was first taught. Creative Commons BY-SA 2.5.

"Kalama Sutta: To the Kalamas" (AN 3.65), translated from the Pali by Thanissaro Bhikkhu. Access to Insight (BCBS Edition), 30 November 2013.

Posted by Annabel Gallop at 1:52 AM