The British Library holds a small but important collection of about 120 manuscripts written in the Malay language and the Jawi (Arabic) script, originating from all over maritime Southeast Asia. These Malay manuscripts have always – in theory – been accessible publicly in the reading rooms initially of the British Museum and the India Office Library, and latterly in the British Library, but in practice access was restricted to those who could afford to travel the long distance to London. Microfilm was the standard reprographic medium at this time, which could at least enable manuscripts to be shared, but only the most dedicated philological scholars were prepared to tackle the cumbersome microfilm readers. In the 21st century, digitisation has been a game changer: now anyone, anywhere, can read a centuries-old Malay manuscript, on a computer at home, or on their smartphone while waiting for a bus. 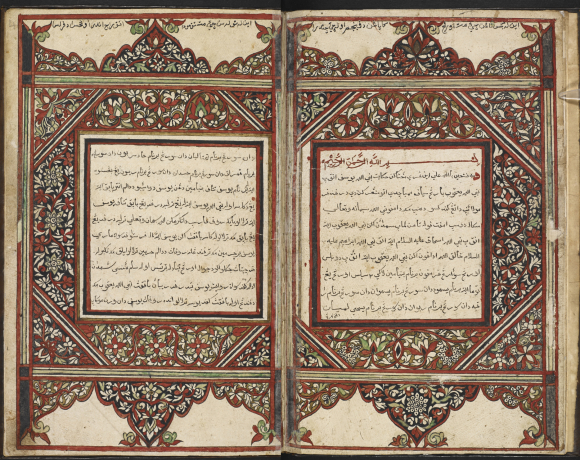 However, in the crowded digital universe, it was also important to find effective ways of bringing this valuable resource to the attention of the audiences who would most appreciate it, in the Malay world of Southeast Asia. Fuelled by a conviction that all manuscripts have a unique story to tell, each Malay manuscript was given its Warholian '15 minutes of fame' through posts on the British Library’s Asian and African blog. The blog posts, which were further promoted through social media such as Facebook, gained a faithful audience, and in 2020 Malaysia and Indonesia were the two top countries for readers of the BL Asian and African blog after the UK, US and India.

The impact of the project may be judged by some of the varied and creative uses to which the digitised Malay manuscripts in the British Library have been put over the past few years, some of which are outlined below. Or rather, these are the stories we know about, for the manuscripts are freely accessible online to all. Digitising a manuscript is like opening the door of a bird cage: once the bird flies off into the world, we do not know where it will alight.

Among the most traditional outcomes of the project are scholarly editions of Malay texts. The British Library collection is particularly rich in literary manuscripts, quite a few of which appear to be unique. Thus Hikayat Ular Nangkawang, 'The Story of the Serpent Nangkawang', only known from two British Library manuscripts – Add 12382 and MSS Malay A.1 – was published in 2019 by the Language and Literary Bureau of Malaysia (Dewan Bahasa dan Pustaka), edited by Fathenawan Wan Mohd. Noor. 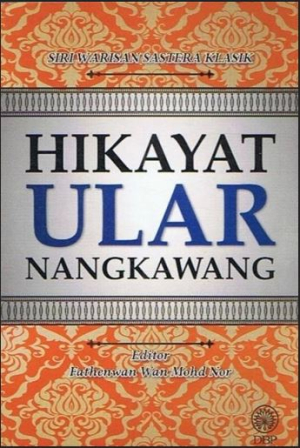 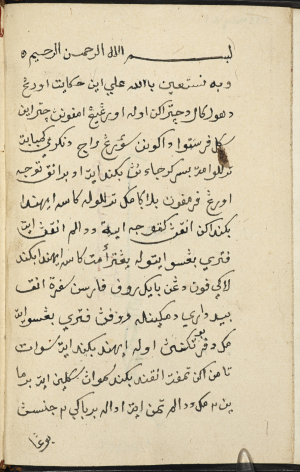 The digitised manuscripts are regularly used all over the world for teaching and research.  At Goethe University, Frankfurt, Prof. Ulrich Kratz and his postgraduate class on Malay philology are currently working together to transliterate a unique manuscript of Hikayat Raja Dewa Maharupa, MSS Malay D.2.  Each year, Asep Yudha Wirajaya S.S., M.A., a lecturer at Universitas Sebelas Maret (UNS, University of the Eleventh of March) in Surakarta, Central Java, sets his philology students to work on a digitised Malay manuscript from the British Library, including those accessible through the Endangered Archives Programme. I frequently receive emails directly from Pak Asep’s students with queries: for example, in 2019, Muhammad Zulkham asked about watermarks, and Siti Nafi'ah Nur Halimah enquired how the shelfmark MSS Malay B.10 was assigned. It is rewarding to see lasting outcomes from these academic exercises, and the British Library manuscript, Hikayat Selindung Delima (MSS Malay C.6) – containing the rare prose (hikayat) version of a tale more commonly found in poetic (syair) form – was published in 2019 by the National Library of Indonesia, edited by Dita Eka Pratiwi with Asep Yudha Wirajaya. 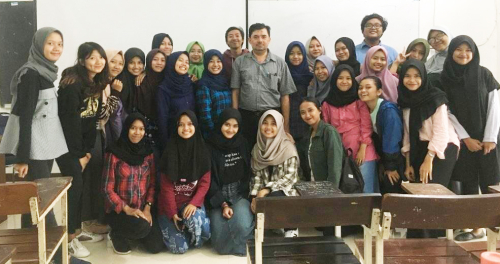 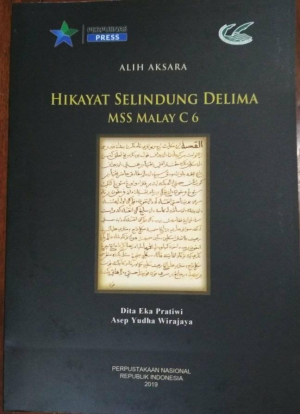 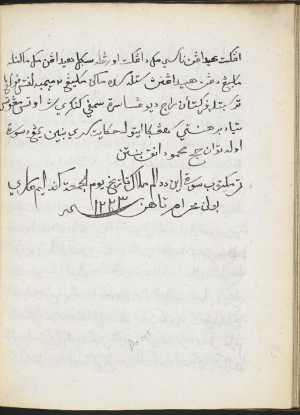 (Left) A new romanised edition of Hikayat Selindung Delima (Jakarta: National Library of Indonesia, 2019), based on the (right) British Library manuscript MSS Malay C.6, f. 65v , copied in Melaka in 1223 (1808), showing above the final page with the colophon and date.

Many of the Malay literary manuscripts in the British Library originate from the collection of John Leyden (1775-1811), who spent several months in Penang in 1806 in the house of Thomas Stamford Raffles (1781-1826). The Malay poem, Syair Jaran Tamasa (MSS Malay B.9), appears to have particularly caught Leyden’s attention, for in a notebook he had begun an English translation. In a blog post in 2016 I noted that this Malay poem, of  which no other manuscript is known, to that day remained unpublished. This ‘challenge’ was picked up by Dr Mulaika Hijjas at SOAS, who devised the innovative Jawi Transcription Project to crowd-source the romanised transliteration of this manuscript. 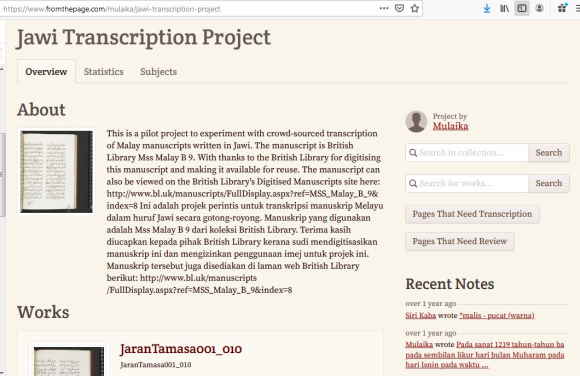 The involvement of the Malaysian ‘indie’ publisher Fixi is particularly gratifying in extending the reach of Malay manuscripts beyond a traditional scholarly audience, and bringing alive these centuries-old tales for a modern audience. Two British Library Malay manuscripts have been published by Fixi in innovative formats, both transliterated by Arsyad Mokhtar. With its many fight sequences, Hikayat Raja Babi, ‘The Story of the Pig King’ (2015) - based on a manuscript written in Palembang in 1775 by a writer from Semarang, Usup Abdul Kadir, Add 12393 - has been designed to appeal to silat or kung fu martial arts afficianados, with comicbook manga-style illustrations by Arif Rafhan Othman. The same artist opted for a different approach in the Hikayat Nabi Yusuf, ‘Story of the Prophet Joseph’ (2018) - an edition of a  manuscript copied in Perlis in 1802, MSS Malay D.4 - which is a deluxe hardcover production on glossy paper with a sumptuous palette evoking the setting of the story in Pharaonic Egypt. Recently, the Hikayat Raja Babi has been reborn as a children’s book in English, The Malay tale of the Pig King (2020), retold by Heidi Shamsuddin with dreamy illustrations by Evi Shelvia, published by Fixi with crowdsourced funding. 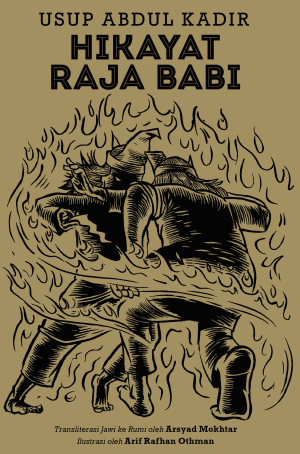 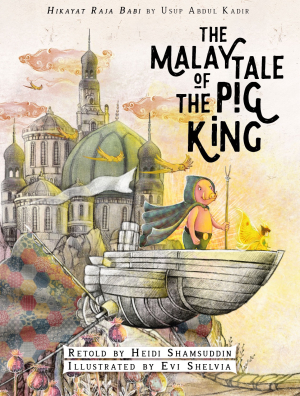 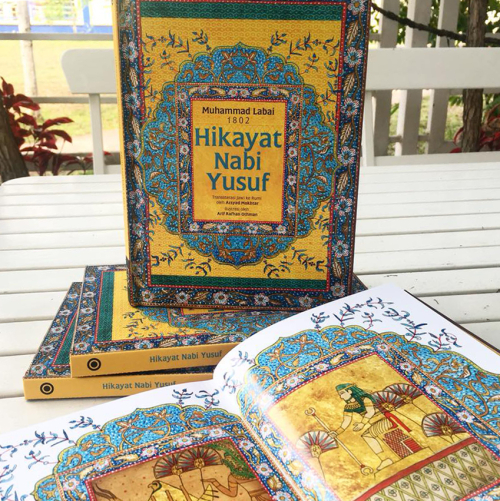 It is a particular pleasure to see Malay manuscripts used as sources of artistic inspiration. One of the first artists to be inspired by the British Library corpus was Hafizan Halim, an acclaimed illuminator from Kedah, now with many royal Malaysian patrons. He was entranced by a beautiful golden letter from Temenggung Ibrahim of Johor to Emperor Napoleon III of France, written in Singapore in 1857 (Or 16126), the only known traditional Malay example of chrysography, writing in gold. Hafizan has copied and adapted the illuminated borders of this letter in many guises in his artworks, often as the setting for Surat Yasin of the Qur’an. 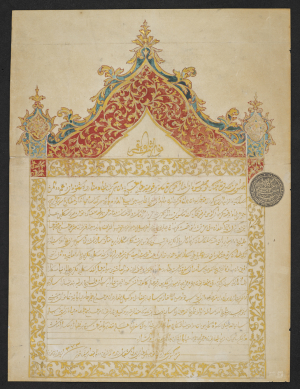 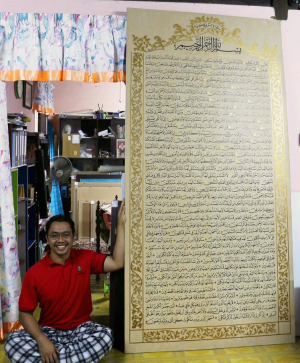 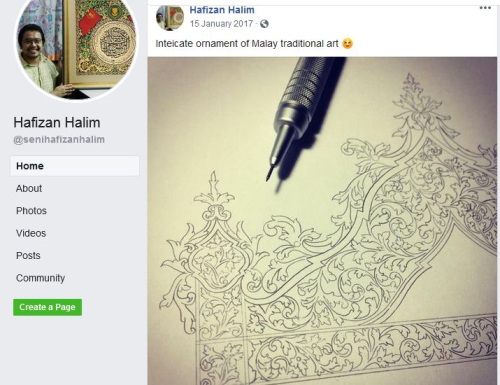 Detail of Hafizan Halim’s drawing based on the illuminated headpiece from of the royal Johor letter of 1857, Or 16126.

This same golden letter from Johor also provided the setting for the invitation to a illustrious  wedding held on the island of Pulau Penyengat in Riau on 6 September 2018, of Raja Sufriana - daughter of Raja Hamzah Yunus, an eminent aristocrat and cultural figure - and Aswandi Syahri, a local historian who was involved in the EAP153 project to digitise Riau manuscripts.  It was especially poignant to see how these beautiful royal Johor patterns and motifs, preserved in Or 16126, were revived to celebrate a marriage at the very centre of the historic Malay kingdom in which these art forms would have evolved. 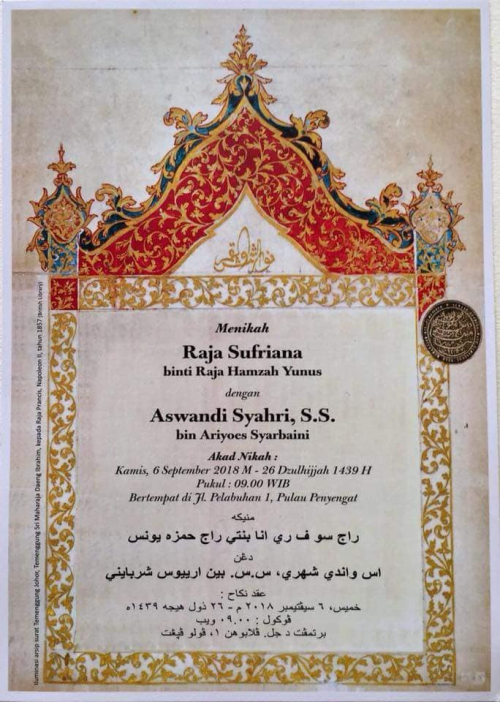 Why we need to digitise our history, talk by Annabel Gallop at TEDxUbud, September 2014

Posted by Annabel Gallop at 1:25 AM