Situations of Delicacy and Embarrassment: Ill-considered Favours in 1830s Persia

If you have ever started a new job, you may have found it difficult to catch up with the incomplete affairs in which your predecessor had been involved. You may be able to empathise then with James Morison, who took over as Resident in the Persian Gulf in September 1835. On Morison’s first inspection of the Residency treasury, he was taken aback by the large amount of money and valuable objects contained therein. Furthermore, Morison was alarmed that many of the items apparently belonged to individuals with no political or official connection to the East India Company; as a public office, the Residency treasury should normally only have been used to hold public money and valuables. Moreover, Morison was conscious that Bushehr, where the Residency was based, was in an unsettled and vulnerable state. If violence erupted in the area, the treasury would be an enticing and obvious target for thieves taking advantage of any disruption. Such was Morison’s unease about the contents of the treasury that he wrote to the Government of Bombay on 6 November 1835, seeking advice. 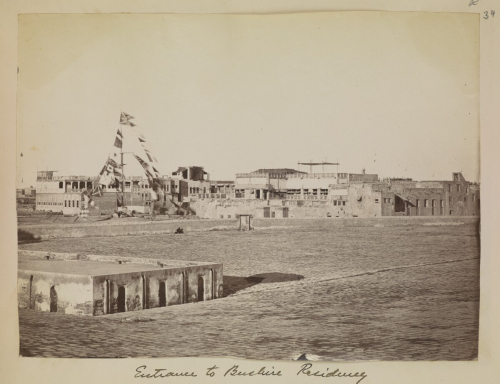 In his letter, Morison highlighted the most conspicuous items that he had discovered during his inspection: three packages, sealed with the mark of Rizā Qulī Mīrzā Nā'ib al-Īyālah, a member of the Persian [Iranian] ruling family and former Governor of Bushehr. As well as having a royal owner, these packages were notable for three reasons. Firstly, they were by far the most valuable articles in the treasury. Morison’s research lead him to believe that the packages were valued at 5-13,000 Persian tomans or 30-60,000 Bombay rupees – which translates to hundreds of thousands of pounds in today’s money. Secondly, the packages bore an inscription which stated that they should only be handed over either to Rizā Qulī, or someone who possessed a document signed by Lieutenant Samuel Hennell, Morison’s predecessor, permitting their release. This confirmed that the articles had been placed in the treasury with the knowledge of the previous Resident, although the question of this being a public or private transaction remained. Thirdly – and most worryingly – tumultuous events arising from the death of Fatḥ ‘Alī Shāh, Shāh of Persia, meant that the discovery of these articles within the Residency treasury could potentially be damaging to British-Persian relations. 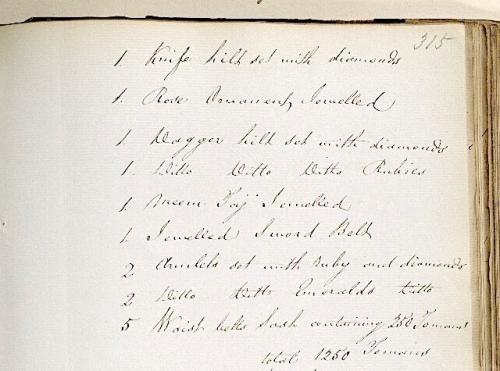 Extract of the list of contents of Rizā Qulī’s treasure, including weapons and jewellery set with diamonds, rubies and emeralds. IOR/F/4/1596/64626, f. 534r. Crown copyright, used under terms of Open Government License

Rizā Qulī was the son of the late Ḥusayn ‘Alī Mīrzā Farmānfarmā, Prince Governor of Fars, who had died in captivity following his failed attempt to claim the throne of Persia from his nephew, Muḥammad. When Ḥusayn ‘Alī had been captured, Rizā Qulī and two of his brothers had fled Shiraz. As Morison emphasised in his letter to Bombay, there was currently an extensive search being carried out by Manūchihr Khān Gurjī, the new Governor of Fars, to obtain the missing treasure and property of the late Ḥusayn ‘Alī. If reports were true, Morison was sure that Manūchihr Khān would already be aware of the extent and location of the packages currently held in the treasury. The situation, Morison feared, might lead to much misunderstanding and could place himself and the Ambassador at Tehran in a situation ‘of some delicacy and embarrassment’. 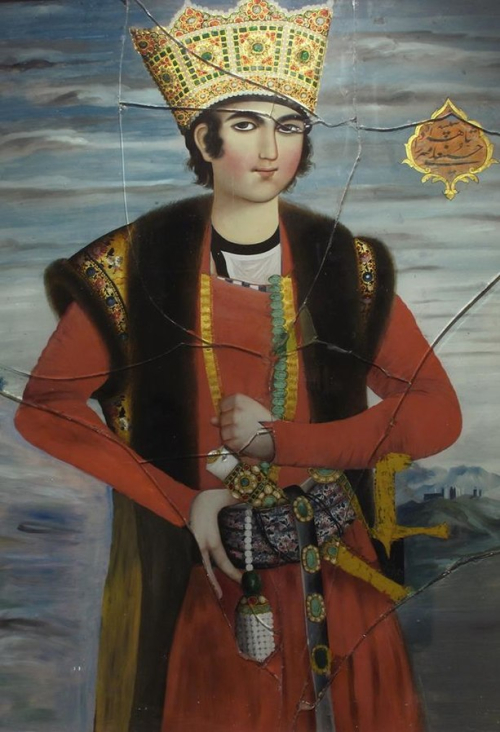 In response to Morison’s letter, the Government of Bombay instructed him to send the packages on board one of the East India Company’s ships of war for safekeeping until a decision could be made. They wrote to Hennell, the Acting Resident when the articles had been deposited in the treasury and who had been in Bombay on sick leave since July 1835. He replied to the Government on 11 February 1836, admitting that he had reluctantly agreed to hold Rizā Qulī’s private property in the treasury towards the end of 1834. He had felt obliged to do so due to the ‘intimate footing’ between Rizā Qulī and the British authorities in the Gulf, as well as the former’s kind treatment of all Residency members. With Rizā Qulī now on the run, it was unclear if or when he would return to Bushehr, and so Hennell suggested that the packages be sent to Basra and held securely on board a ship of war there, until Rizā Qulī could send an agent to collect them.

As for the diplomatic sensitivities, Hennell clarified that an agent of Manūchihr Khān had already made enquiries about missing treasure in July 1835. Hennell had been transparent with the agent, who seemed satisfied by Hennell's responses and made no further enquiries. The Government of Bombay criticised Hennell’s poor judgement in accepting Rizā Qulī’s private property, but focused on returning the packages to the fugitive prince as quickly as possible.

Morison's problem was solved. However, the incident perhaps served as an appropriate introduction to the role of Resident and the balancing act he would be required to perform when dealing with ruling families in the Gulf. Whilst beneficial to cultivate relationships with powerful elites, this could lead to difficulties when their power diminished and other individuals emerged as frontrunners to the throne. The favourable treatment shown to the British by Rizā Qulī had resulted in Hennell feeling somewhat obliged to agree to Rizā Qulī’s request, and to consequently bend the rules with regard to appropriate use of the Residency’s treasury.