The British Library holds the oldest dateable Batak manuscript (Add 4726), which entered the British Museum collections in 1764. Until recently, this was the only Batak manuscript in the Library accessible online. However, the complete collection of 37 Batak manuscripts in the British Library has now been fully digitised, thanks to a collaboration with the Centre for the Study of Manuscript Cultures (CSMC) at the University of Hamburg. The digitization was funded by the Deutsche Forschungsgemeinschaft (DFG, German Research Foundation) under Germany´s Excellence Strategy – EXC 2176 ‘Understanding Written Artefacts: Material, Interaction and Transmission in Manuscript Cultures’, project no. 390893796. A full list of the digitised manuscripts is available on the Digital Access to Batak Manuscripts page.

Pustaha in Mandailing Batak script, with many drawings in red and black ink, before 1844. British Library, Add 19381

The Batak peoples of north Sumatra live in the mountainous area around Lake Toba, and comprise a number of ethno-linguistic subgroups. The Angkola-Mandailing traditionally live in the area south of the lake; the Toba Batak, who are the largest groups, live in the central lake agrea; the Dairi-Pakpak are found to the west; the Karo to the north; and the Simalungun to the north-east. Originally animist but with Hindu influences evident in their religious practices, in the course of the 19th century nearly all the Batak peoples came under the sway of Muslim or Christian (Protestant) missionaries. 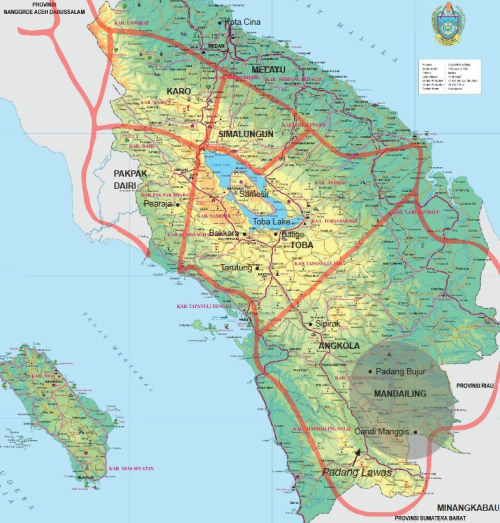 The Batak regions of north Sumatra, showing how the different ethno-linguistic groupings are clustered around Lake Toba. [Map from Putten and Zollo 2020: 10.]

The Batak are associated with a distinctive writing culture, with manuscripts written on a range of organic materials, primarily tree bark, bamboo and bone, in a variety of Batak languages and forms of the script linked to the different ethnic groups. The Batak script (surat Batak) is derived from the Indian Brahmi script, and is written from left to right with evenly-spaced letters, without longer divisions between words or sentences.

Most characteristic of Batak manuscripts are the bark books known as pustaha, written on strips of bark of the alim (Aquilaria malaccensis) tree, folded concertina-fashion, some with beautifully carved wooden covers. These pustaha were the private notebooks of datu or shaman, and contain texts on divination and white and black magic, often with illustrations. The language used in the pustaha is an archaic form of the Batak language called hata poda, ‘the language of instruction’, invariably mixed with regional words and elements of Malay. 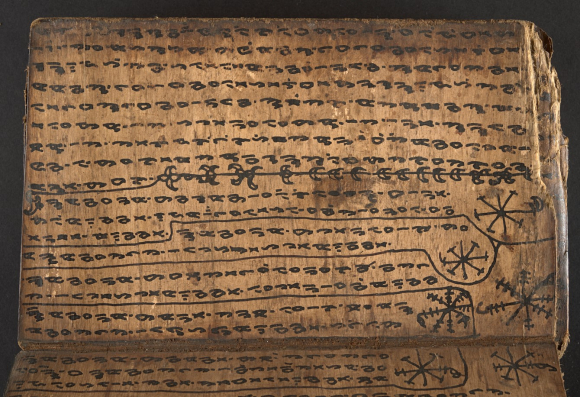 Pustaha in Toba Batak script with a text on pangarambui, divination based on the observation of signs in the sky; before 1918. British Library, Or 8196 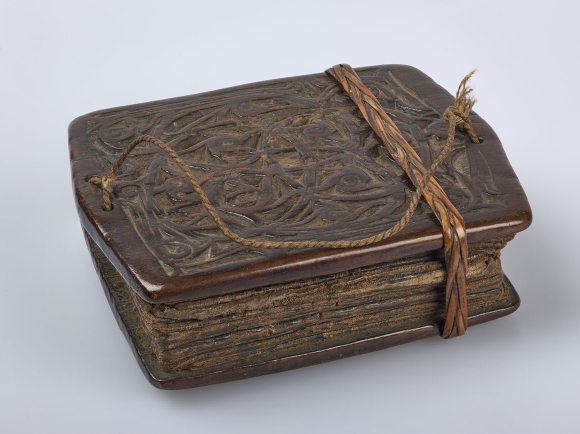 Manuscripts on bamboo could take the form of whole pieces several joints or nodes in length, or splints made from split bamboo. Texts found on bamboo may also be on divinatory practices, such as calendars, or may comprise letters or notes.

Divination text in Karo Batak script inscribed on a bamboo container, which has a wooden lid. British Library, Or 16736

Shoulder and rib bones of water buffaloes were also used as writing materials, and often contain magical or amuletic drawings alongside writing.

A piece of bone inscribed on one side with Batak text, and on the other with magical diagrams including the ‘Ring of Solomon’ in the centre. British Library, Or 13330 A

Of the 37 Batak manuscripts in the British Library, there are 33 pustaha of folded treebark, three inscribed pieces of bamboo, and one manuscript comprising two bone amulets. The tradition of compiling pustaha and other manuscripts had already begun to die out from the mid-19th century onwards under pressure from initially Muslim, soon followed by German Protestant Christian, missionary efforts. However since the early 20th century there has also a been a thriving industry of creating ‘new’ Batak manuscripts for sale to tourists.

It has been estimated that around 2,000 Batak manuscripts are preserved today in public and private collections around the world. Perhaps the largest number in any one country are in Germany, home to about 580 Batak manuscripts, owing to the historically prominent role of German Protestant missionaries in Batak lands. The recent publication of a detailed and fully illustrated catalogue of 54 Batak manuscripts, together with state-of-the-art essays on Batak history and writing culture (Putten and Zollo 2020), is a major contribution to Batak studies, and highlights the important role of the the CSMC of Hamburg University in developing and supporting scholarship on Batak manuscripts.