Arabic Manuscripts from Southeast Asia in the British Library

Today's guest post is by Prof. Andrew Peacock of the University of St. Andrews.

Despite the status of Arabic as the sacred language of Islam, and of Islamic law, across the Muslim world, surprisingly little is known about its history and textual production in the world’s largest Muslim-majority country, Indonesia. The first edition of the standard reference work on Arabic literature, Brockelmann’s Geschichte der Arabischen Litteratur (1902, vol. 2, 422 ), lists only three texts from the region, and while its Supplement (1942, vol. 3, 628-9) adds a handful more, but these references are marred by errors such as confusing the African kingdom of Bornu on Lake Chad with Borneo. However, a significant tradition of composing as well as reading Arabic texts existed in Southeast Asia, but one which is scarcely known owing to the fact it is very little represented in western libraries.

The British Library holds a small but interesting collection of Arabic works from the region which illustrate some of their characteristics. A manuscript (Add 12367) from the royal library of the kingdom of Bone in South Sulawesi, seized in the British attack of 1814, contains two Arabic works by ‘Abu’l-Fath Yayha ‘Abd al-Basir al-Dariri, who is said by local tradition to have been an Arab who came to Sulawesi in 1678 and died there 1723. Both ‘Abd al-Basir’s works were dedicated to local rulers. The Bahjat al-Tanwir (‘The Beauty of Illumination’) was written at the behest of the sultan of Gowa (Makassar), Fakhr al-Din ‘Abd al-Jalil (r. c. 1677-1709), while the Daqa’iq al-Asrar (‘Subtleties of Secrets’) was written for a sultan of Bone, Idris A‘zam al-Din (1696-1714). Apart from the British Library manuscript, Add 12367, these works -which constitute our sole evidence for ‘Abd al-Basir’s activities – are known from only one other manuscript, also from the court of early nineteenth century Bone, now held in Jakarta (National Library of Indonesia, MS A 108; it is this manuscript which provides the title of Daqa’iq al-Asrar, missing in Add 12367). 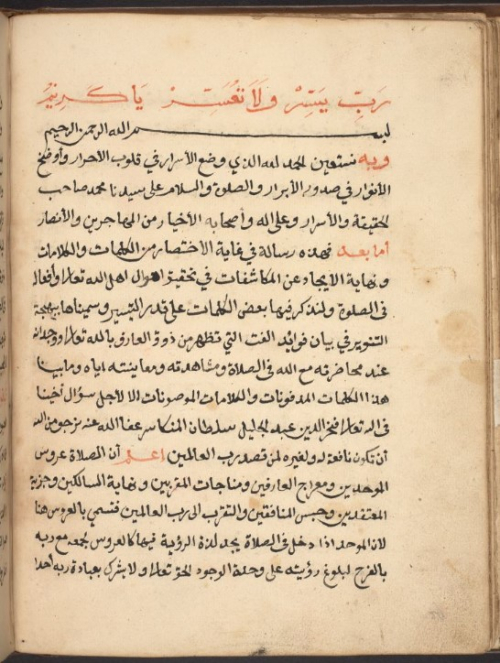 As this very limited manuscript circulation suggests, Arabic literary production was primarily associated with royal courts, and scarcely circulated beyond them even within Southeast Asia. These characteristics are also suggested by a library from Buton in Southeast Sulawesi recently digitised by the British Library’s Endangered Archives Programme, the Abdul Mulku Zahari collection (EAP212/2). This collection remains in the hands of the descendant of the hereditary secretaries to the sultans of Buton, and contains numerous works composed in Arabic by Sultan Muhammad ‘Aydarus of Buton (r. 1824-1851). Yet as far as we know, none of Muhammad ‘Aydarus’s Arabic works ever circulated beyond the island of Buton, and possibly not even beyond the court there. Even today, these Butonese Arabic works remain in private hands on the island, without even any copies in regional collections such as the National Library of Indonesia. 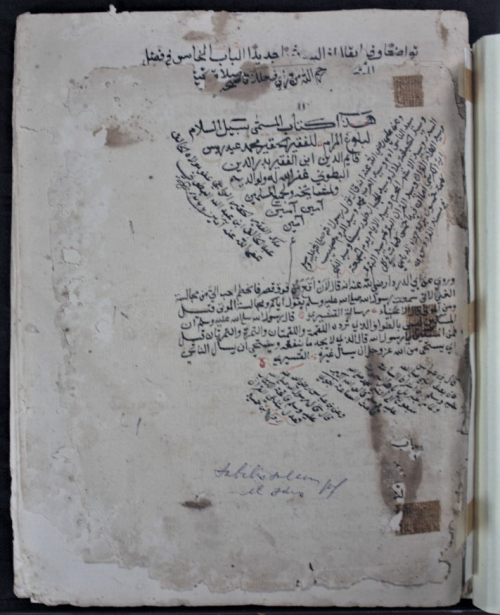 Almost all the Arabic works known from Southeast Asia deal with Sufism. ‘Abd al-Basir’s Bahjat al-Tanwir, for instance, emphasises prayer, contemplation and the recitation of God’s name (dhikr) as means of attaining the divine presence. His Daqa’iq al-Asrar discusses similar themes while emphasising that attainment of the divine presence was only open to the elite of the elite (khass al-khawass). While this concept in Sufism has long roots stretching back to al-Ghazzali (d. 1111) and originally designated those who were especially advanced on the Sufi path in piety and understanding, in Southeast Asia it evidently attained distinctly political undertones as well. Sufism became embedded in local political systems; for instance, in the Bone sultanate admission to certain Sufi orders was banned to all but the nobles and the sultan. In Buton, the Sufi concept of the Seven Grades of Being was transposed into the political organisation of the sultanate, and the sultan was elected on the basis of his learning and Sufi credentials. One reason for the extensive Arabic production of Muhammad ‘Aydarus may have been to underline these credentials.

These Arabic works thus were intended for the consumption of a small political elite. Their composition in Arabic, rather than one of the numerous written local languages such as Makassarese or Bugis, or the regional lingua franca of Malay, was precisely because it was less readily understood. Although on occasion these works were later translated – again largely for a court audience - Arabic became a marker not just of possession of esoteric religious knowledge, but also of political power, as is also suggested by the consistent use of Arabic on royal seals in Sulawesi (Gallop 2019: 547-8). 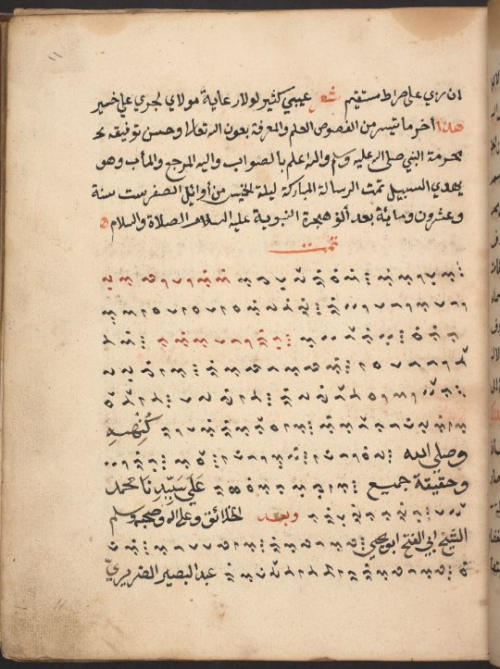 The ending of ‘Abd al-Basir al-Dariri’s Daqa’iq al-Asrar, written for Sultan Idris A‘zam al-Din of Bone and dated the beginning of Safar 1126 (February 1714), which is followed immediately by a translation into Bugis. British Library, Add 12367, fol. 11r

Works in Arabic were also composed specifically for Southeast Asian audiences by scholars in the Hijaz, of whom the most notable was Ibrahim al-Kurani of Medina (1615-1690), the towering figure of seventeenth century Islamic intellectual life. Al-Kurani attracted a circle of Southeast Asian students (known as al-Jawa), with some of whom he maintained a correspondence after their return to their homeland. In contrast to the very limited distribution of Southeast Asian Arabic works, al-Kurani’s fame ensured his answers to questions from the Jawa were widely read in the central Islamic lands. His best known work of this type was the Ithaf al-Dhaki bi-Sharh al-Tuhfa al-Mursala ila Ruh al-Nabi (‘Gifting of the Sagacious commenting on “The Gift Descended to the Prophet’s Spirit”'), a commentary on Sufi metaphysics, but in 1673 he also composed a work specifically responding to debates over Sufism that raged at the court of Aceh in North Sumatra, al-Maslak al-Jali fi Hukm Shath al-Wali (‘The Manifest Way to Judge the Ecstatic Utterances of the Saint’). The international interest such questions attracted is suggested by the British Library copy of this treatise, which comes from the royal Mughal library, seized by the British after the Mutiny in 1857 (Delhi Arabic 710, fol. 40b-51b). 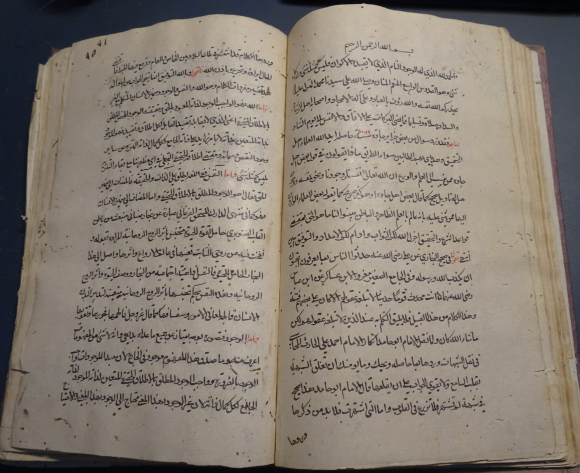 This research was supported by the British Academy through a Mid-Career Fellowship.