This guest blog is by Professor Peter Carey, University of Indonesia. 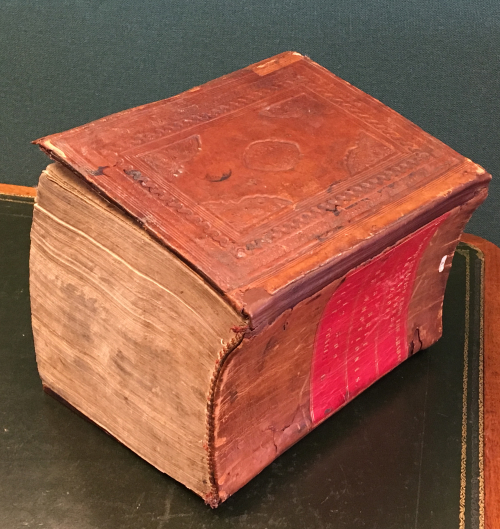 The manuscript’s owner, Ratu Ageng Tegalreja (c. 1732-1803), was also singled out in Annabel’s blog as a “devout Muslim” and daughter of an “Islamic scholar”. As the consort of Yogyakarta’s founding ruler, Sultan Mangkubumi (r. 1749-92), she was indeed a prominent figure in the late eighteenth-century Yogyakarta court. The daughter of a leading kyai (Muslim divine), Ki Ageng Derpayuda, from Majanjati in Sragen by a wife who was a direct lineal descendant of the first Sultan of Bima in Sumbawa, Abdulkahir Sirajudin (1627-82; r. 1640-82), she was renowned as the leading proponent of the Shațțārīyah tarekat (Sufi mystical brotherhood) at the Yogyakarta court in the late eighteenth century. She counted no less than four separate lines of transmission in her Shațțārīyah silsilah (genealogy of spiritual transmission) linking her back to the main murshid (male guide)-founder of the order in Java, Shaykh ‘Abd al-Muhyī (1650-1730), from Pamijahan, Tasikmalaya regency, West Java (Fathurahman 2016: 50-53).

Given this lineage, it is hardly surprising that her name still resonates in modern Javanese history as the guardian (emban) of her great-grandson, Pangeran Dipanagara (1785-1855). Entrusted to her at birth by her husband, Mangkubumi, when he had prophesied the young prince’s remarkable life story within hours of his coming into the world (Carey 2019: xxii-xxiii), Dipanagara followed her to Tegalreja shortly after she moved from the court following her husband’s death on 24 March 1792. Her estate some three kilometers to the northwest of the Yogyakarta kraton set in ricefields, which Ratu Ageng had opened up, became the meeting point of ulama (religious scholars) from all over south-central Java. There her great-grandson was brought up for ten remarkable years (1793-1803) and inculcated with her Sufi Islamic Shațțārīyah teachings until her death on 17 October 1803 (Carey 2019: 88-97). 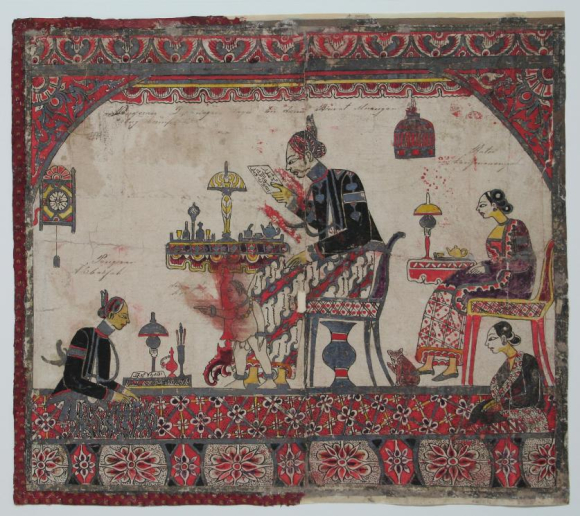 It was most likely during this time the Ménak manuscript, now in the BL collection, was made for her and she may have used it for the instruction of her great-grandson, who would use the pégon script (Javanese written in Arabic characters) in which it was written for all his literary productions in exile. We know this because, when Pangeran Dipanagara was in Fort Rotterdam, Makassar (1833-55), he asked the Dutch to make a copy of this selfsame Ménak text for him from the Surakarta court library. He intended this as reading material for the education of his own seven children born in exile, whom he wished to bring up as Javanese not as Bugis or Makassarese. Indeed, Dipanagara was apparently so familiar with the text that he could stipulate (in his own handwriting in Javanese script which is visible in the supporting documents to the Governor-General’s besluit [decision] of 25 October 1844 sanctioning the copying), the exact passage from the Ménak which he wished to have copied: Surat Ménak laré kang ngantos dumugi Lakad [the Ménak tale from (Amir Hamza’s) childhood until his war with (Raja) Lakad] (Carey 2008: 744 fn. 263). 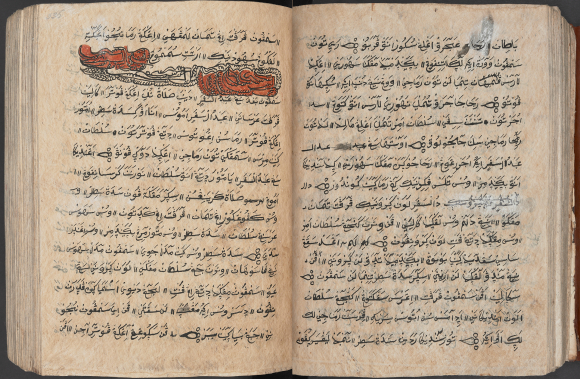 The Ménak text was just one of several texts requested by the prince in 1844. These included another Javanese-Islamic text linked to the Ménak cycle, the Serat Asmarasupi and several other texts related to the Panji cycle of East Javanese romances (Gandakusuma, Angrèni), a treatise on cosmogony and agricultural myths (Manikmaya), and the Serat Bharatayuda, the tale of the “Brothers’ War” in the Purwa cycle of wayang (shadow-play) tales. Interestingly, one text, which is in the British Library collection of Javanese manuscripts and which clearly belonged to Ratu Ageng Tegalreja, the Serat Anbiya (MSS Jav 74), “a history of all the prophets from the Creation including the history of Java (from the time of the fall of Majapahit and the conversion to Islam)”, written on European import paper and running to some 600 folios or just under half the size of the Serat Ménak, was not included in Dipanagara’s list of texts requested from the Surakarta court library (Carey 2008: 744; Ricklefs and Voorhoeve 1977: 69). 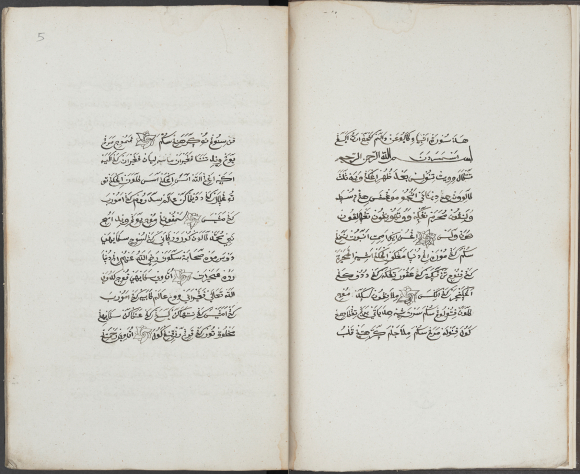 Even if it had been, it is very unlikely the Dutch authorities would have agreed with its copying, as they later rejected the Serat Ménak as being too long and too expensive to transcribe, with the cost of all the copies originally requested by the prince amounting to some 358 Indies guilders (₤4000 sterling in present-day [2022] money], equivalent to a month’s salary for a middle-rank Dutch colonial officer (chief secretary) at the time (Houben:92). Pleading poverty, the Dutch government decided to drop the transcription of one of the texts. Their choice fell on the Serat Ménak not only because of its length and expense of transcription, but also because its subject matter—The Prophet’s life— was just too sensitive. After all, why should the government help the exiled prince to bring up his children as devout Muslims?

To conclude, the British Library Serat Ménak copy has a special claim to fame: not only is it the world’s longest single-volume Javanese manuscript, but it was also likely one of the key texts in the upbringing of Indonesia’s foremost national hero (pahlawan nasional) by his Sufi Muslim great-grandmother. It can thus be set in the context of the other Javanese-Islamic texts studied – or read to – Dipanagara, including edifying tales on kingship and statecraft adopted from Persian and Arabic classics, such as the Fatāh al-Muluk (“Victory of Kings”), the Hakik al-Modin and the Nasīhat al-Muluk (Moral lessons for kings), as well and modern Javanese versions of the Old Javanese classics such as the Serat Rama, Bhoma Kāwya, Arjuna Wijaya and Arjuna Wiwāha (Carey 2008: 104-5). 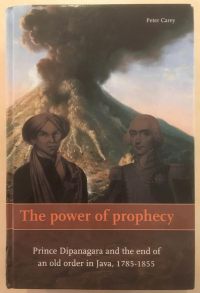 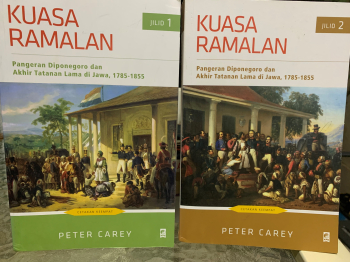 Posted by Annabel Gallop at 1:01 AM