A Baniya Letter from Surat

Today's blog post looks at a mischaracterized letter shedding light on the relationships between South Asian merchants and European powers in the 17th century. 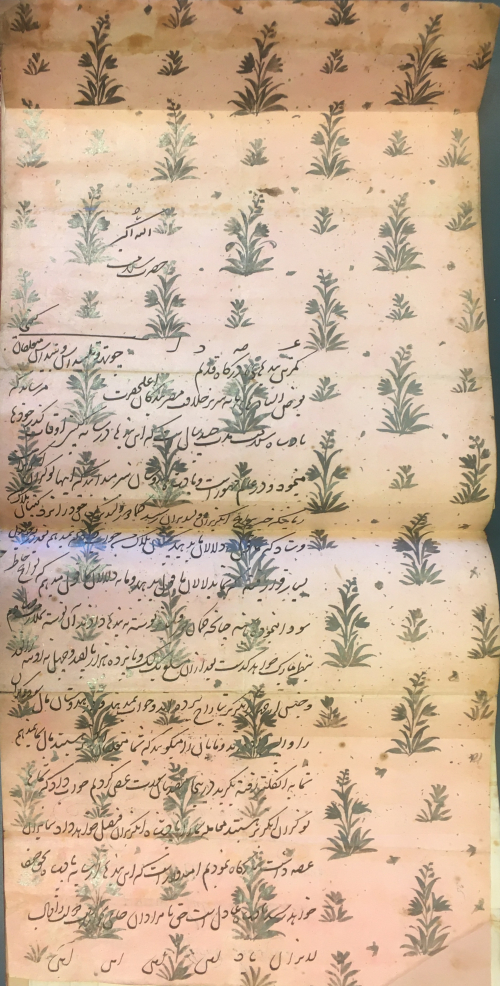 The letter forms a part of the papers of the celebrated Thomas Hyde (1636-1703), Professor of Arabic and Hebrew at Oxford, and eastern interpreter at the court. Hyde misstates in his covering note that it is “A Persian Petition to the King of Cambaia”. It is in reality a petition (‘arzdasht) written by three baniya merchants of Surat to the rulers of England in January 1655. 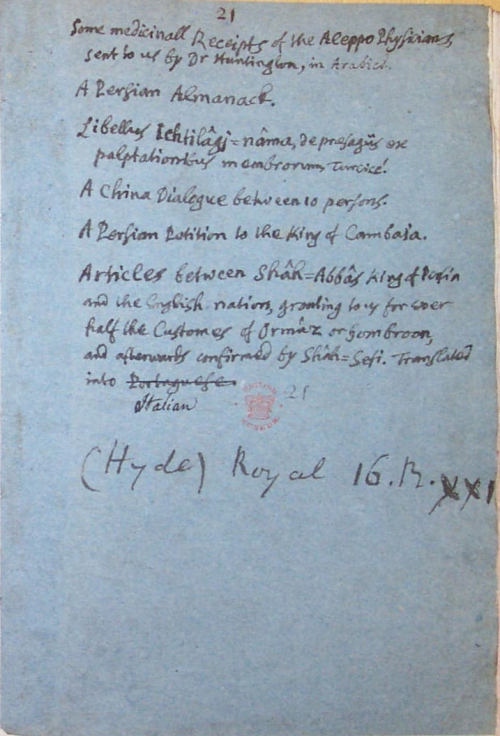 The contents of Royal MS 16 B, indicating the fifth item as "A Persian Petition to the King of Cambaia". (Royal MS 16.B.XXI)

The petition is headed Allah-o-Akbar, which is somewhat unusual. It is written on behalf of Cauth, Tulsidas and Benidas, humble merchants of Surat, to the Padshah and other high authorities at the Foot of the Caliphate (pa-yi khilafat) in England. They state that the Padshah must be aware that for some years now, the humble petitioners have been living under the protection of the Company, as this is a fact well-known to everyone. The Padshah of Hindustan (as they term the Mughal emperor) too knows that they are the servants of the English (naukaran-i angrez).

There is a short section referring to some past disputes between the Dutch and the English, in which some people had been killed. There were negotiations, in which it was demanded that several brokers (dallals) be handed over. After much argument, it was agreed that some guarantees (qauls) should be produced by the two brokers, and that normal trading affairs (sauda) should be resumed. In the context of this agreement, the Dutch commander had given over a written document, which was to be transmitted to the Padshah in England.

This brings us to the main question addressed in the petition. An English ship (jahaz-i angrez) had been seized by the Dutch, and they had taken an amount of Rs 115,549 in cash and goods (naqd-o-jins) from it, some of which belonged to Surat merchants including the petitioners. But the Dutch and their commander in Surat were refusing to answer for their role in this. It was pointed out to them that the custom in Hindustan was that looted goods were returned to traders who were third parties in the conflict. But the Dutch were refusing to listen to reason. The Dutch commander had even told the Surat petitioners who had suffered losses that since they were clients of the English, they should weep and wail with their masters in England.

The document ends with wishes for peace. 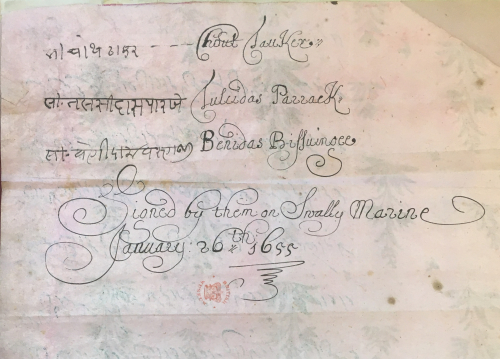 On the reverse, we find three Gujarati signatures with their rough English equivalents:

Signed by them on Swally Marine 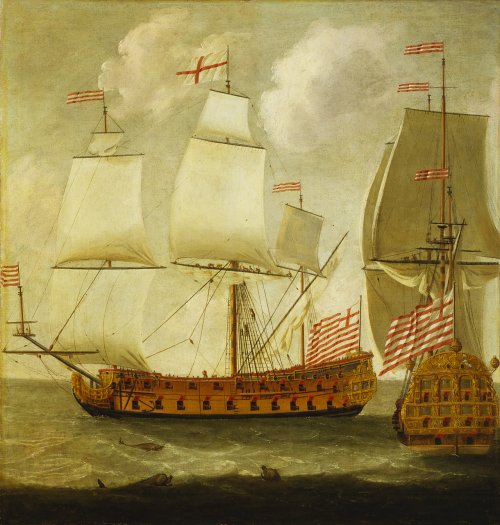 This document refers to fallout of the Anglo-Dutch conflict in the Persian Gulf in the first half of 1653, in the course of which the Dutch seized several English ships off Bandar ‘Abbas (or Kamaran). References can be found to this episode in both the English and Dutch factory records. The Surat-based ship in question that was seized was the Supply, which the Dutch renamed Cabo de Jask. Unlike the Blessing from Coromandel, the Supply did not offer resistance and negotiated its surrender. Its goods, like those of the other seized ships, were rapidly sold by the Dutch on the Persian Gulf markets and amounted according to the Dutch records to 140,336 florins. The earlier episode of violence referred to may be one of several involving the Dutch at Surat in the late 1640s. The Dutch commander who dismissed the pleas of the Surat merchants was Gerard Pelgrom. All three merchants are known to us from references in the English factory records, which also contain at least one other letter (in English, with a Gujarati signature) written by Tulsidas to the Company. In the published edition of the factory records, the name of the third merchant is usually rendered as Chot or Chota, when it is clearly written as “Cauth” (in Persian) and “Coth” (in Gujarati). Finally, it may be noted that the Surat merchants were possibly unaware that there was no longer a king (or Padshah) in England at the time of the Commonwealth and Cromwell's regime.
Dr. Muzaffar Alam (University of Chicago) and Dr. Sanjay Subrahmanyam (UCLA)