On Wednesday 7 March, the British Library welcomed members of the local Somali community to the Learning Centre for the first ever ‘show and tell’ of the Library’s Somali collections. Further to the success of the opening event of the Somali Week Festival, which the Library hosted last October, ‘Soo Dhawoow’ , meaning ‘welcome’ , invited artists, students, poets and historians from the Somali Community to participate in a proactive archiving engagement. 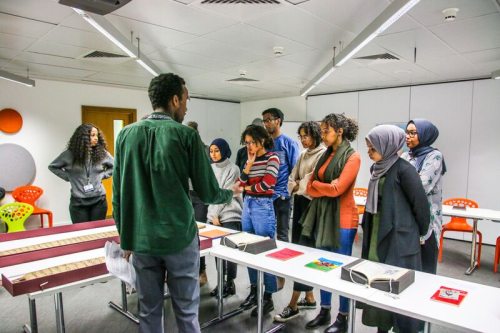 The Somali collections at the British Library, which range from archives and sound recordings to photographs and printed books, contain vital cultural and historical information on Somalia and Somalis, both at home and as part of the diaspora. The collections in the Somali language include books, periodicals, sound recordings, microfilms, maps and newspapers. There are also bibliographies of writings in Somali. In addition to this, the British Library holds a wide variety of relevant published materials in other languages such as English, Arabic, Italian, French, German, Russian, Dutch and Swedish.

Attendees were shown the highlights of the Library’s Somali collections, including two 20th century wooden Qur’an boards, ritually used for rote learning of the Holy Scripture, as well as printed books in languages such as Somali, English and German. The British Library also holds historic manuscripts and archives relating to Somalia and Somalis including correspondence about Somalia and Somaliland in the India Office Records and the India Office Private Papers. During the colonial period, the British Raj, the UK’s authority in India, managed the Empire’s holdings in the Horn of Africa and East Africa. To find archives and manuscripts, go to our catalogue Explore Archives and Manuscripts. These collections are currently being digitised and are available in the Qatar Digital Library. Photographic collections include studio portraits of members of the Somali diaspora in Aden which were published in an 1877 publication An Account of the British Settlement at Aden in Arabia compiled by Captain Frederick Mercer Hunter.

Representation of the Somali community was a key theme explored in the discussion at the engagement event, specifically the legacies of colonial photography. 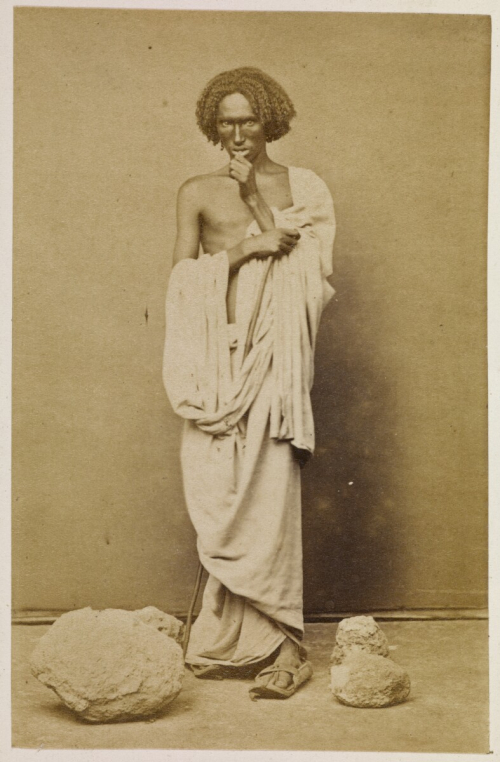 ‘Male Somali’ from An Account of the British Settlement of Aden in Arabia, London, 1877, compiled by Captain F.M. Hunter (Printed collections T.11308)

In response to the artefacts, written books and poetry in the Somali collections, participants later contributed artistic responses that expressed their own snapshot of Somali culture as members of the diaspora. The results were wide-ranging, including an array of mediums such as photography, poetry, paintings and graphic designs. These were exhibited at London Gallery West from March 27th to April 3rd. 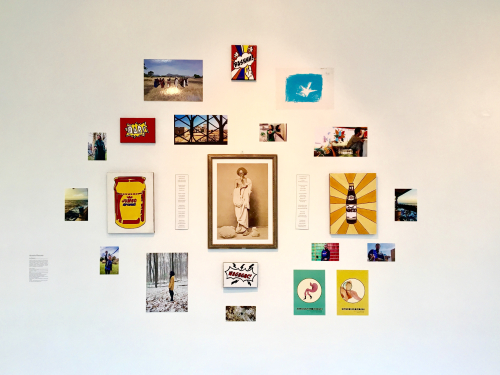 One of the participants, Huda Hassan, a graphic designer, depicted Somali idioms such as ‘cagta wax ka dey’, which literally means ‘search feet’ and is a metaphor for ‘run’. Huda said that the engagement event was ‘informative’, and ‘very promising’, but noted that the scope of the collections could be developed. The British Library welcomes suggestions for this collection, specifically from those publishing books in Somali from around the world. 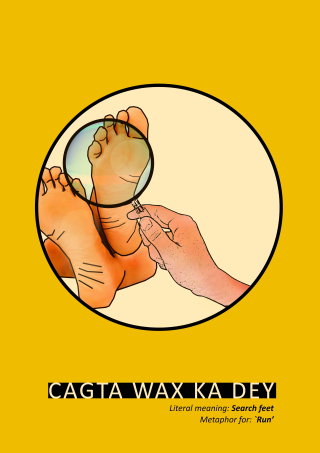 Anab Aided, a painter, produced colourful paintings of Somali staple goods, as well as common onomatopoeia in the Somali language. Anab, an art teacher working with Somali children with the Galbur Foundation, also encouraged her students to contribute. They produced a colourful selection of pictures and drawings depicting aspects of Somali culture. 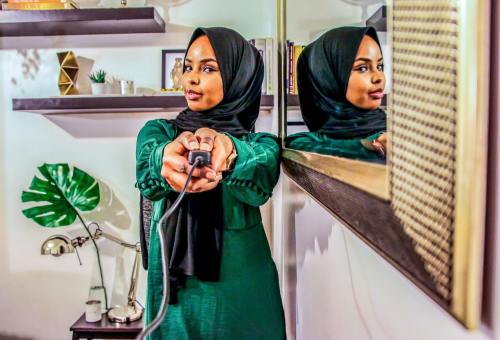 The youngest attendee, Khadar Mahi, contributed a poem depicting the Somali landscape that was eloquent in both English and Somali. Khadar’s main interests are physics and poetry, which he claims are one and the same.

All the livestock
within your sight
whichever way you look,
grazing near the homestead.

The herding youth
in their white sheets
resting in the shade,
passing time with games,
chatting without a care.
(Poetry: Khadar Mahi)

Photographer Abdul Aziz Ismail contributed photographs depicting his journey by sea from Yemen to Somalia, as well as from Bosaso in Puntland. 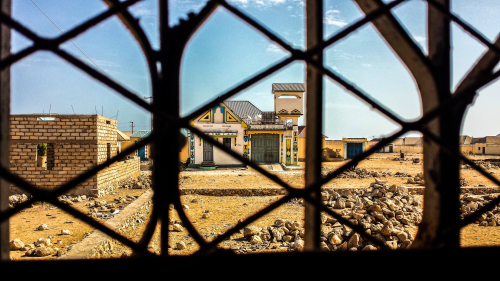 Mohamed Mohamud, founder of the project Somali Sideways, contributed portraits from his ongoing body of work. Somali Sideways collates portraits of Somalis from around the world standing sideways, aiming to highlight that there are always two sides to an individual. It provides a platform for representations of the success, determination and entrepreneurship that characterise the Somali diaspora. These works were exhibited alongside portraits of the participants.

To find out more about our collections, you can search our main catalogue Explore. For more information on the British Library’s holdings see our subject guide to African collections.