How to make your business an internet sensation

Online businesses are bigger than ever with entrepreneurs and investors eager to spot the next big internet phenomenon. Last week we brought together a panel of internet icons including; Justine Roberts, founder and CEO of Mumsnet; Ning Li, Co-founder and CEO of MADE.com and Renaud Visage, Co-founder of Eventbrite. They told us how they created some of the best-known global internet brands. Here are their unique stories and some tips they shared at the event. 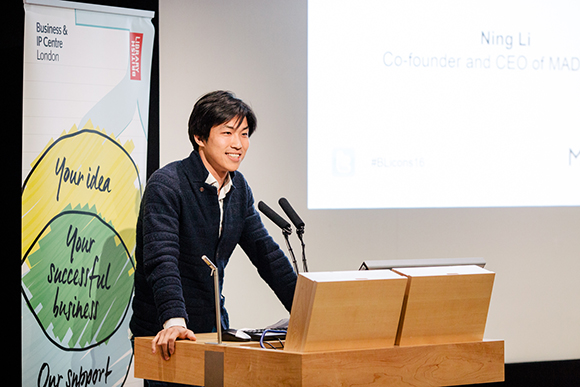 Since 2010, Ning’s mission has been to make great design accessible to everybody with the MADE.com brand.

How did he do it? Ning had his first job in investment banking and decided to treat himself to a sofa. He had his heart set on a leather one. He took a snap of it on his phone and showed his friend who recently took over his parents' furniture manufacturing business – the very place the sofa was made. Ning realised his friend was selling the sofa for $300 when the one he initially wanted to buy was priced at £3,000! This made Ning think about the supply chain and the intermediaries along the route to market who take a cut of the final cost.

Ning saw this as a business opportunity. His reasons for starting his own business were, in his own words, ‘selfish’. He wanted to do something he could enjoy and that would make him excited to get out of bed every morning.  Now, he’s happy that his business can create jobs for others and solve people’s problems.

MADE.com had to compete with big names like Ikea and John Lewis. MADE.com looked to young designers and entrepreneurs, teamed up with them, and launched smaller collections more frequently – something the bigger guys weren’t doing. His advice for would-be entrepreneurs? Think outside the box and turn your weaknesses into strengths. Being the smaller players in the game doesn’t mean you can’t compete with the best of them. Justine Roberts founded an online haven for parents who need advice from others who have been there and done it. The idea for Mumsnet came from a disastrous first family holiday which made Justine think that, if there was an online network of parents she could have tapped into before the holiday, it could have saved her a lot of hassle.

Her vision was to ‘make parents lives easier’ by creating a space where they could get trusted advice at any time of the day. Back in the early days of the business she created many aliases and would go on forums to ask herself questions so that she could answer them. If her friends wanted to ask her something about parenting – she would make them post it on the forum. She didn’t have much of a budget, so relied heavily on Mumsnet members telling their friends about the site. It worked, and eventually the idea caught on.

Justine’s advice for entrepreneurs is to always go back to your mission when in difficulty and put purpose before profit if you want to succeed - hanging on to what you believe in is essential. 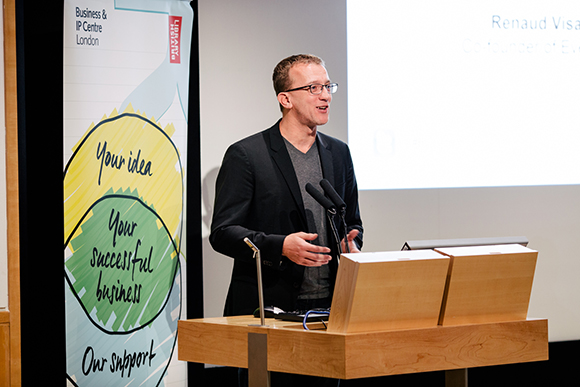 Renaud Visage co-founded the world's largest self-service ticketing platform that allows you to create, share and find events that interest you – anything from concerts to conferences and everything in between. When Renaud and his business partners worked together to co-found Eventbrite in 2006 they saw a gap in the market and acted on it. They wanted to bring an online ticketing service to the general public that anyone could use to host an event. Since then, they’ve helped millions of event organisers easily create, promote and sell tickets.

Renaud told our audience that you don't need to be an expert at everything, ‘create your own definition of what an entrepreneur is’ and don't be afraid to jump in - even if you know nothing about the industry. ‘The best business ideas are found at the crossroads of trends, creativity and curiosity – every one of us has the potential to be the next great entrepreneur.’

Feeling inspired? Visit the Business & IP Centre for help with starting and running your business.

Posted by Innovation and Enterprise Team at 11:35 AM