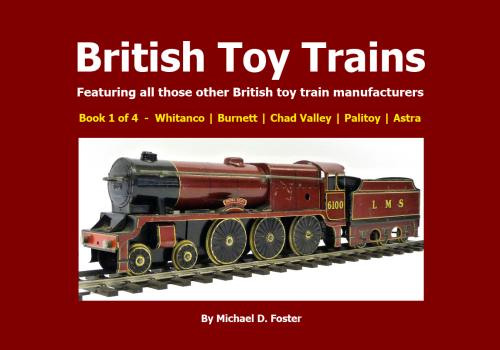 I seem to recall a famous BBC radio show called Any Questions. Perhaps the title for this blog post should have been Any Answers. Because, each and every time I have called on the services of The Patent Office Library - now called The British Library Business & IP Centre, they have promptly found the information I need.

I first came into contact with the Patent Office at their Station Square House offices in  Orpington way back in 1988. I had come across a piece of printed ‘0’ gauge model railway track, clearly printed – “G.W. and Co. Ltd., Prov. Patent 5902/23.

I was transferred to their Search and Advisory Service in High Holborn. They were able to locate the actual Patent number – 217,959 which unlocked, at last, the difficult history of this particular company. 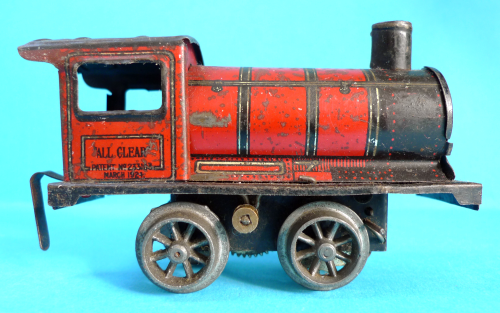 Fast forward 28 years and I came across a toy train with a patent number and date clearly printed on the cab side. I had known of this particular engine as it was featured in the May 1924 issue of Games and Toys, the monthly Trade magazine of the British Toy industry. However, an actual model had never previously been seen. I thought it would be fascinating to find a copy of the original patent.

What a journey, what a virtual tour of Britain! I started in London but was transferred to the UKIPO in Newport. I gave them what I thought was the patent number – 233183, but this number did not match the toy engine. Sadly, some rust had obliterated one number, so could we try 233163 I asked? Again we had no luck. It was suggested I contact the British Library in Boston Spa. Again no luck, but they suggested I contact the Business & IP Centre in London.

Within two hours of my email request, I was astonished to receive an email from Information Specialist Gail Mitchell who had not only found the patent (it turned out to be 233103) but had emailed me a copy. Fantastic service! Quite superb! 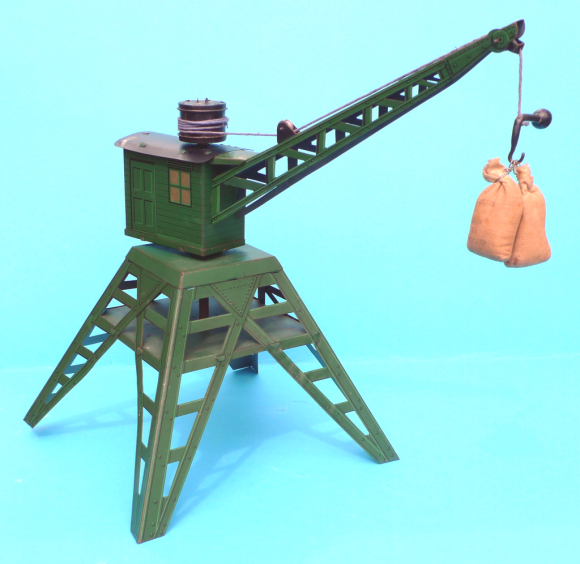 Of course, it did not stop there. Inventors, manufacturers are rightly proud of their products and patents. This patent number is worn with pride and frequently used to feature in their advertisements, box artwork or even printed or stamped onto the actual model itself.

Such a product was a tinplate Dockside Crane which we were photographing. Turning it over, we saw this patent number stamped -142747 underneath. We believed it to be taken out by the manufacturer – British Metal and Toy Manufacturers Ltd. We were surprised to read it was actually taken out by a Mr George Hazelton of Portadown, Ireland.  This was in May 1920 before partition, so he must have authorised BMTM to manufacture it for him. For us, your archives, your service is like the Rosetta Stone – it is the key to unlocking the history of the industry.

Only last month, I came across a picture in an old book advertising a 3D jigsaw of a toy ship which had the patent number printed on the box label. Once again, your Information Specialist, Gail Mitchell was able to track down and give us not only the patent but the company name, date, address and the name of the patentee. It is magic to be able to anchor our research and history in this way.

For researchers such as I, to have such enthusiastic, helpful people assisting us to unlock the ingenuity of our forefathers is really quite wonderful. 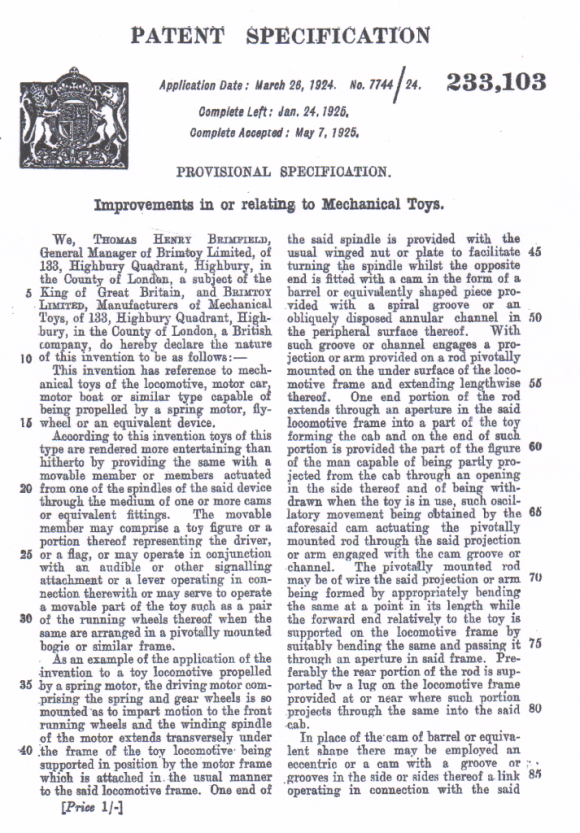 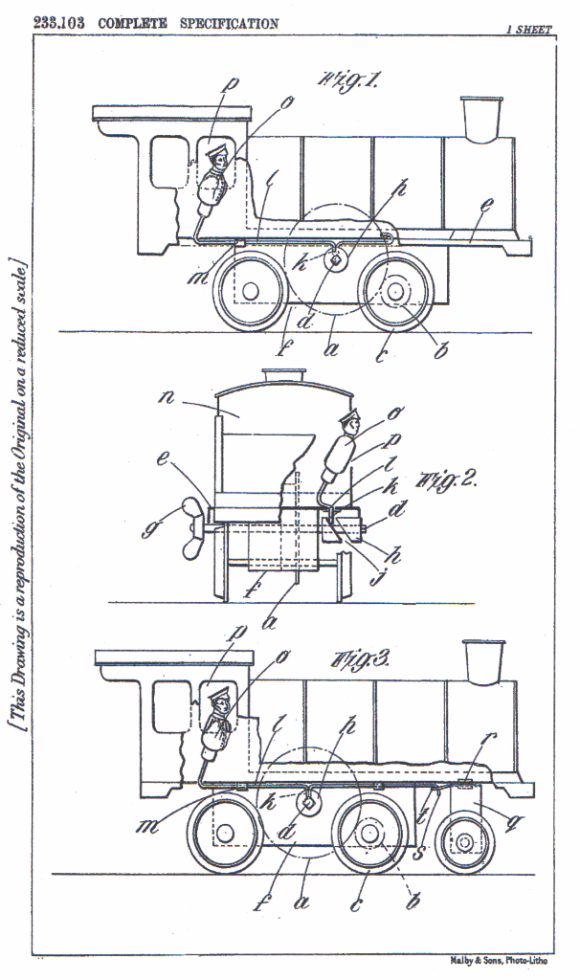 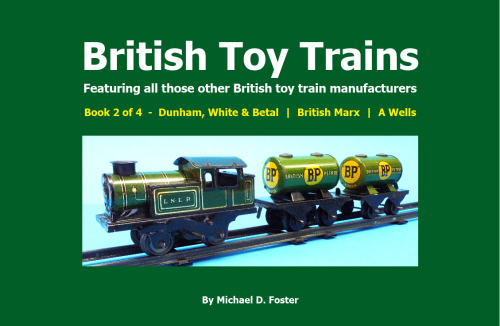 Posted by Innovation and Enterprise Team at 3:30 PM