Rupert Hunt is the founder of the UK’s busiest flatshare site, SpareRoom. As part of our Inspiring Entrepreneurs: Internet Icons panel Rupert will be spilling the beans on his unique journey to the top and will answer your questions. Having flat-shared in both, London and New York, Rupert realised that there was huge, untapped market just waiting to be exploited. In what he describes as a spider-ridden shed in his parents back garden – and with his trusty credit card handy, the foundations for Spare Room were set in 2004. Today, Spare Room’s website receives over 2 million hits a month and is the UK’s busiest flat-share website. 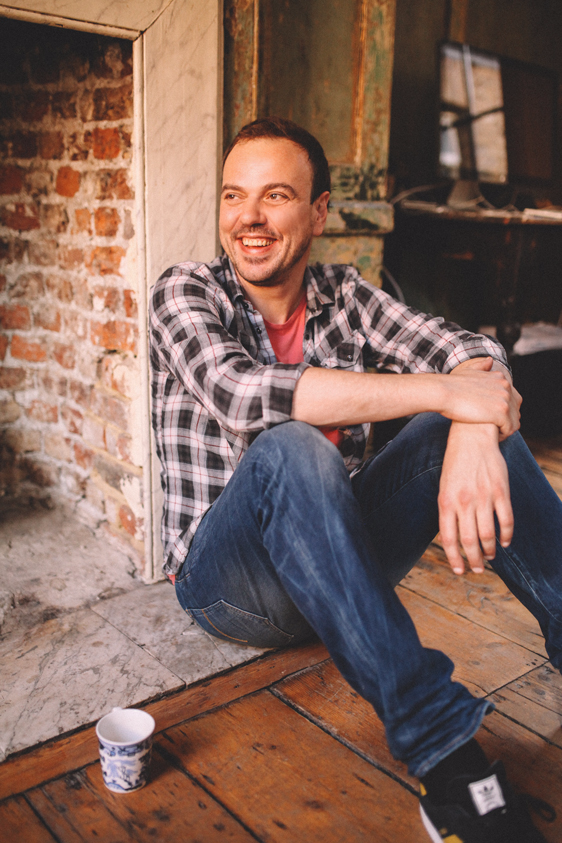 Hi Rupert! Tell us about what you did before starting SpareRoom?

In my early 20s I moved down to London with the band I was in, in the evenings we gigged around the usual venues and in the day I worked for a web development agency (where I learned a lot of the skills I later applied to creating SpareRoom). The band did OK, we had a record released and got a bit of airplay from people like John Peel, but we never got any further.  Living in London made me realise how crazy the housing market was and how difficult it could be to find somewhere to live. That’s where the idea for the website that eventually became SpareRoom came from.

What challenges did you have to overcome to get your business off the ground?

Finding the time to focus on it was the first challenge. London wasn’t as expensive back then as it is now but it was still a struggle to make ends meet. In the end, I decided to move back to my parents’ house and give myself six months to really push SpareRoom and see what I could do with it. I set up office in a little spider-infested shed on my dad’s farm and set to work. The next challenge was how to market the site with virtually no capital behind me – in the end, I believe this was one of the reasons for my success as it forced me to be creative and resourceful. If I’d had investment, I’m sure it would have been too easy to naively waste lots of someone else’s money. By the end of those six months, the site was turning a small profit and I was able to move out again.

How did you really crank up your business growth?

Growth has been strong and fairly steady (in the 20 to 40% range) every year since we started, and I wouldn’t say there was any single game changing thing that we did but rather lots of things.

In the early days, SEO was a massive thing for us and something I’d got very good at during my previous job. I also leveraged the old school methods of finding rooms by reselling SpareRoom branded room adverts in the Loot classified ads newspaper (so that it was nearly free for us), and putting posters up in key newsagent windows where there were lots of postcards in the window advertising rooms (costing next to nothing per week). Our Speed Flatmating events were great for PR and word of mouth. For several years listing our inventory on property portals was an effective way of attracting new users on a revenue share basis. We also did a few co-branded white label flatshare sites for brands like thelondonpaper (one of the free London newspapers that appeared for a few years), which helped grow the user base as well as spread brand awareness and trust by aligning ourselves with a more known brand. As well as this I invested in keyword domains like flatshare.com and houseshare.com and created our own in-house white labels to dominate the SERPS. Cracking Google’s PPC so that it started to make a profit was also a fairly pivotal moment for us.

You recently became your own customer by placing an ad for a housemate on SpareRoom yourself, what did you learn from this?

It definitely started out as the ultimate market research but I learned so much about the business, and about myself, in the process.  I think the single thing I took away from it was that communication is at the heart of what we do. It’s all about bringing people together to find their perfect flatmates. So things like improving the messaging system, or adding video profiles to the site, became really clear after I’d been my own customer. I also learned that living with the right people beats living on your own any day and I’ve shared ever since. I’m currently living in New York and sharing with two roommates I found through SpareRoom – they’re both entrepreneurs too and we’re learning from each other every day. It’s great!

If you had one piece of advice for yourself if you were to start again, what would it be?

That’s a tough one because sometimes I think a bit of naivety is a good thing. If you knew all the challenges that lay ahead before you set off on a journey you possibly wouldn’t do it! Just throwing yourself into it and dealing with things as they come up is what it’s all about.

That being said, maintaining focus is key. I’ve always got very excited about ideas but realised over the years that ideas are ten a penny – it’s execution that matters. When SpareRoom started to grow I would often get side tracked with some new exciting idea and attempt to run it as a side business. Each time, the new project would fail because I didn’t devote enough time and focus to it, whilst losing precious time that could’ve been spent on growing SpareRoom. As entrepreneurs, we tend to be full of ideas, and it’s important to accept that you’ll never have enough time to do most of them so learn to let them go and focus on that one thing.

As with many great ideas, the story of SpareRoom is one that was created because of a personal experience. As customers, we often notice how services can be made more efficient and products improved. Rupert is the perfect example of an entrepreneur who acted on his observations to create a successful solution to a common problem. Our wonderful audience had the opportunity to quiz him and our others on the panel, for which you can rewatch the event, Inspiring Entrepreneurs: Internet Icons Q&A:

Don't also miss out in hearing in further depth more about Rupert Hunt's success story, at our 2017 Inspiring Entrepreneurs: Internet Icons event, with Rupert Hunt taking stage to talk on his entrepreneurial journey:

Posted by Innovation and Enterprise Team at 2:46 PM