Street food has grown in popularity over the last few years and many entrepreneurs have taken the opportunity to create their own foodie empires. One such company is Le Bun, a street food business focused on delivering quality burgers with a French-American twist. We caught up with one of the founders, Tim Talbot, to hear how it all started and find out how Innovating for Growth programme helped them to reach new heights.

How did you come up with the Le Bun concept? A French-American burger is pretty unique!

My business partner, Andy, and I used to cook for friends whenever we could. We both worked in the music industry, he was in a band and I was a Tour Manager. We both had a couple of weeks off early in 2014 and so we got together to make some food.

For a change, we wanted to challenge ourselves to come up with a concept. Andy suggested Thai or this idea he’d been thinking about, French American. He’d noticed both French food and American food were deeply rooted in slow cooked foods. What’s the most American dish you could have? A burger. The most French? Bourguignon. So Le Bourguignon Bun was our first creation and, still to this day, signature dish. When did you realise this could become a business?

Originally, we were just playing around with the idea of maybe doing a street food stall on Acklam Road in Notting Hill, whenever we were both off tour, for fun. We were both totally in love with the Street Food scene back in 2014, with the emergence of Breddos, Smokestak, Bleeker and Bobs Lobster.

The weekend we came up with Le Bourguignon, I got my brother, a video director, to film us messing about in the kitchen. We ended up putting a two minute video on Youtube. The next day, I had Jamie Oliver’s production team messaging me asking if they could come and film us. I thought it was one of our mates winding us up!

Three weeks later, we were in a house being mentored by Gizzi Erskine and filmed for a Sky 1 TV show. By the time it had finished, The Times Magazine had done a 6 page spread on us, Street Feast had offered us a pitch to open their summer season in Dalston, we’d shot our food with David Loftus (Jamie Oliver’s photographer) and the show was about to air on Sky 1. We didn’t really have a choice but to keep going! It was a massive learning curve. 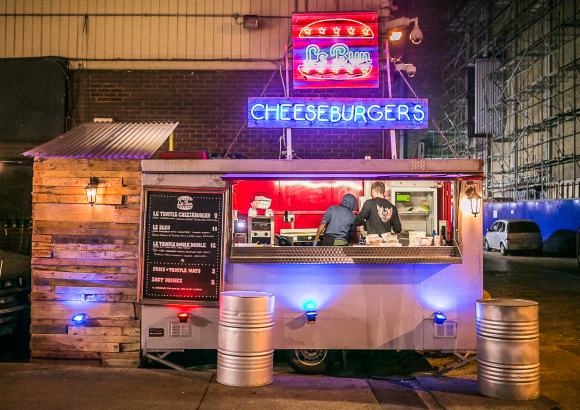 What challenges have you had to overcome along the way?

So many. Festival organisers taking you for all you’re worth and not selling enough tickets to their events (despite telling you they are sold out). Running out of cash and managing cash flow. Trying desperately to avoid wasting food after a poorly attended event. Staffing. Every day in the food industry is constantly a challenge, especially if you are moving about and “popping up”.

You were a part of the British Library’s Innovating for Growth programme. How did that help with the business development?

It massively helped. It made me consider things in a more strategic way, whilst giving me the opportunity to take time (literally) out of the business to think and chat with like minded people on the programme. The tutors were incredibly supportive, informative and sensitive to the challenges of running a business. I found the whole experience incredibly positive and on a personal level, it has given me the confidence to step away from the operations of the business and allow myself more time on business development. 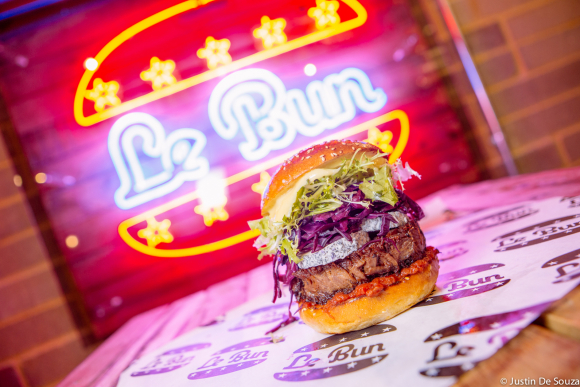 How are you planning to celebrate National Burger Day?

Alongside the greatest burgers in the world. We’ll be at Street Feast’s Hawker House in Canada Water for Mr Hyde’s National Burger Day. We’ll be hanging out with Bleeker, Honest Burger, Lucky Chip and Mother Flipper, to celebrate the insane quality of burgers we have in London.

What’s next for Le Bun?

We’ve been working hard, after a few setbacks, to find the perfect location for our first restaurant. We’ll also be focussing in on private events, which allow us to budget and cost control more effectively than public events.

Are you an ambitious business owner looking to scale up, like Le Bun? Innovating for Growth is a free three-month programme to help you turn your growth idea into a reality. Find out more about the programme and apply now.

Posted by Innovation and Enterprise Team at 4:38 PM