Meet the entrepreneurs who made their mark online 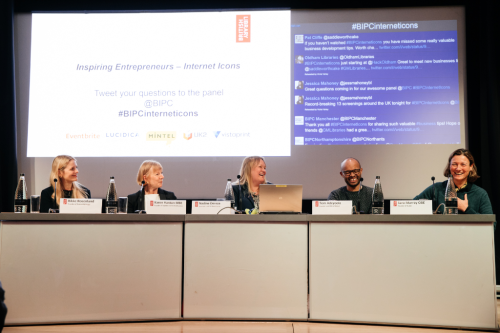 As part of the The British Library’s Business & IP Centre’s flagship Inspiring Entrepreneurs: Internet Icons event, a panel of entrepreneurs who made a success of online business gathered to share their knowledge.

Starting a business can be daunting enough. But what about starting up online? Do you need a lot of experience in tech, or can you outsource that to others? Will that cost you a fortune or is it cheaper to run your company in-house?

These and a whole host of other questions were answered by people who have been there, done it and (more importantly) made a success of starting up an online business. A panel of experts gathered at The Knowledge Centre on 6 February to talk about their experiences of making an idea work for them online, plus impart some important lessons they picked up along the way. The event was live-streamed online and at a record-breaking thirteen local libraries around the United Kingdom.

Rikke Rosenlund talked the audience through how she set up her business BorrowMyDoggy, a trusted online community for dog owners and dog lovers. Her idea was simple: to create a service that connected dog owners in need of help and people who wanted to experience having a dog, but perhaps couldn’t have one full time. Conscious of the very high failure rate of tech companies within the first couple of years, she decided to try something called a Lean Startup Model to see if her vision was viable. This is a methodology that allows you to test out your idea without investing too much so if it needs tweaking or rethinking, you will know before you’re too far down the line. 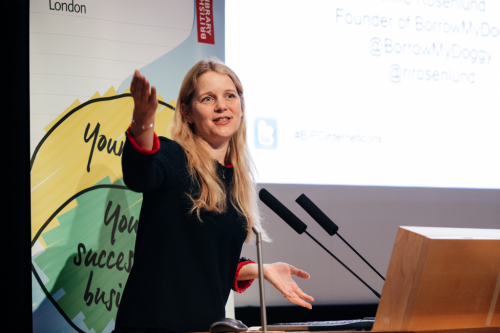 Rikke’s idea turned out to be not only viable, but incredibly popular. She set up a landing page after testing the concept manually and within 3 days 85 people across the UK had signed up. “Doing it manually first, mapping out addresses and matching people and dog owners in person saved me both time and money in the long run,” she explained.

When it came to promotion, the BorrowMyDoggy community helped spread the word. “A friend with a big following on Twitter tweeted about it, the media picked up on it after an article appeared in Emerald Street and this was all while it was a little idea!”

Rikke finished with some sage advice. “Starting the business has been a fantastic journey but also incredibly hard. You cannot be perfect at it all—the Business & IP Centre can help. Find sources of guidance. Find people that will help you—and for free or cheaply!”

Karen Hanton, founder of Toptable.com, comes from an HR background. Her time in recruitment was a great learning curve before working in digital—it was the late 90s and the internet was starting to be a thing. "I saw the rise of lastminute.com and then one night, at the kitchen table, my friends and I all started talking about our own ideas for an internet business.” 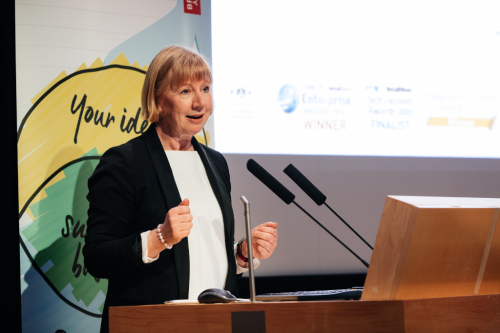 Realising that more people not only had access to the internet but were confident booking holidays and buying products through it, Karen hit upon her own idea. “I wanted to give people the option of booking a service online, but holidays weren’t frequent enough. I thought about being able to book tables at popular restaurants and Toptable was born!”

Toptable went from strength to strength and had soon attracted attention from an American competitor, OpenTable. After selling Toptable to them in 2013, Karen wasn’t sure she would venture into online business again. But then she saw something interesting happening in the pet business...

She now runs PetsPyjamas which is in its fifth year, specialising in dog friendly travel. "Everything takes much longer than you think. Some budding entrepreneurs have expectations of 2-3 years for things to really get going and you should be delighted if it takes you any less, but building a brand or business is hard. It often doesn’t turn out how you planned.”

Tom Adeyoola founded Metail to solve the online shopping sizing problem. A holiday in Vietnam proved inspirational after his wife had some clothes tailor-made and Tom saw how much better the fit was when her measurements were taken into consideration: it inspired him to use AI and tech to make shopping easier. 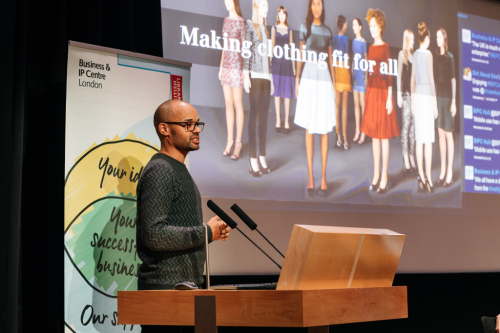 Metail uses computer vision technology developed from Cambridge University to create 3D virtual models of both shoppers and garments. You ‘try on’ any number of clothes in a virtual changing room, to see what it would look like in 360 degrees and find out whether it would fit.

Tom is an economist who likes to fix big problems. “I wanted to see if I could harness academic research and global scale, cutting-edge tech to make Metail work. Plus, I wanted it to be able to grow and compete with larger markets, say in the US".

Because he’s using tech and AI to build his business, Tom is constantly protecting his new ideas. Metail currently owns 10 patents and has a further 20 pending. With Patents in mind, Tom recommended the Business & IP Centre for finding out as much as you can about Intellectual Property (IP). “Intellectual property is a game you have to play, and we actually had a strategic lawyer to help us out. Think about where you’re going with your business, the key territories you’d want your idea protected from key competitors. Use that information to help build your patent. It can be a long process, but building IP is important. ”

Sara Murray is the founder of confused.com, but has since moved on. Her latest venture Buddi is her real passion now. “I’ve been working on Buddi since 2005, but people still want to know about confused.com, I guess because it is such a well-known name,” she explains. Using research to push boundaries has always been a huge part of her motivation. Although she went on to sell confused.com and could easily have retired in her early thirties, she knew she wanted to do it all again. 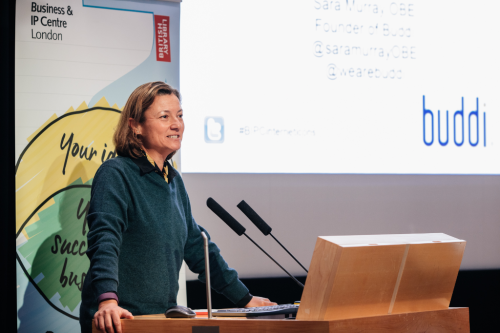 “My daughter went missing in a supermarket when she was around four years old.” This prompted Sara to begin researching modern tech. "I couldn’t find anything out there to help avoid a situation like that in the future, at least not in the right size, so I decided to make it myself.”

Sara hired engineers to help her design GPS tracker small enough for a child to hold. “They were all too big!” Determined to get what she wanted, she had a clear objective: something imperative for a business plan. By 2008 the trackers were significantly smaller and better. “You have to make a product that people want to use – it might not fit a business model, but I knew people wanted it, so I set out to create it”.

To one of the most commented questions about how much money does it take to start up an online business, Sara has a simple answer: cash is king. “I’m very aware of turnover, but what matters is cash flow. The only thing that makes a business fail is running out of money. And it’s better to have less people funding your business than a lot—there’s less bureaucracy that way.”

Rewatch and hear from our Inspiring Entrepreneurs: Internet Icons event panel of tech trailblazers, to give you the inside track on how you can accelerate your business growth online.

* The British Library’s Business & IP Centre, supports small business owners, entrepreneurs and inventors like you. The team is on hand to offer advice, masterclasses and support for your business. You can visit us in the British Library at St Pancras, London six days a week, or one of the ten National Network Centres around the UK.

Posted by Innovation and Enterprise Team at 2:19 PM