From Under Dog to Top Dog in the Male Skincare Industry

Bulldog Skincare for Men launched eleven years ago, and is currently driving the market for male skincare growth in the UK. Way back in 2008 we welcomed the founders to the British Library stage to talk about the brand that was changing the face of the male skincare industry with its natural ingredients and bold, simple designs. In those days Bulldog, at less than twelve months old, was a mere pup!

However, ten years on and the brand’s 40-strong range is now available in 24 countries with a product sold every seven seconds globally. We’re thrilled to be welcoming Simon Duffy to our Inspiring Entrepreneurs: Feelgood Founders on July 10, and caught up with him before the event to talk about how Bulldog became every man’s best friend.

Bulldog was launched in 2007, now eleven years ago, but what inspired the creation of the business?

We launched nationwide in the UK in 2007 with Sainsbury’s. I originally had the idea for Bulldog Skincare for Men in November 2005 whilst I was shopping for natural skincare products for my wife. I was buying some of her favourite products when I noticed that there were no straightforward skincare options for men which contained natural ingredients. This kick-started the R&D process, which flowed into fundraising, and culminated with our first retailer launch. 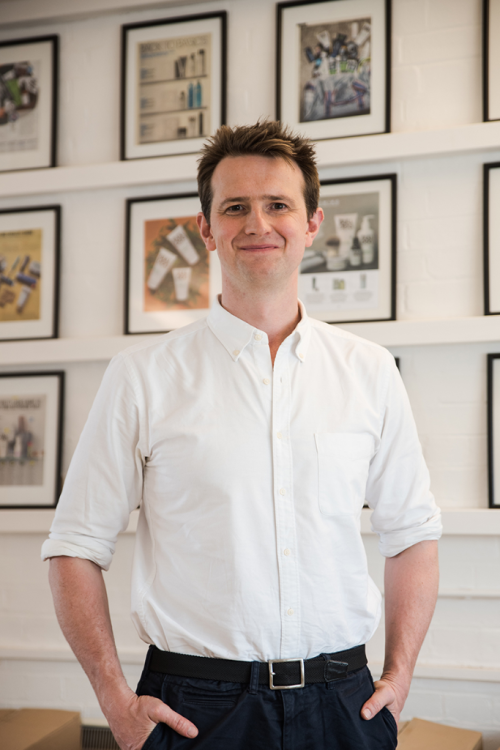 What are the key changes in the sector since you've been established and how has the business changed to respond to that?

The 2013 European Ban on animal testing in cosmetics was a great moment for everyone who is interested in ‘Cruelty Free’. We have kept to the ‘Cruelty Free’ standards right from the very beginning. It’s a fundamental part of how we think about formulation.

Today, the focus on sustainability is more important than ever. This is also an area where we want Bulldog to continue to push boundaries.

For example, we have never used plastic microbeads which is unusual in the industry. More recently Bulldog became the first men’s skincare brand to use plastic tubes derived from sugarcane rather than fossil fuels.

Recently we launched a new razor which uses much less plastic than conventional options and overall is trying to be much more environmentally responsible. The handle of this new razor is made from a bamboo rather than plastic, and the packaging is created using recycled card stack and environmentally soy inks. Overall there is much less plastic being used in both the primary products and in the outer packaging.

In a crowded market how have you been so successful in making your products and brand stand out?

When you don’t have the enormous budgets of the massive companies you compete with, you must believe that your products can do the talking for you. We have always set out to make amazing products and I believe word-of-mouth has helped to grow our sales.

From a branding perspective we very purposefully intended to stand out in a crowded market. Before Bulldog, the men’s skincare aisle was a sea of blacks, blues and greys. All these products were marketed with complicated skincare jargon. Our simple white packaging was chosen to be different; and our straightforward language was intended as an antidote to the unnecessary complexity we saw elsewhere.

From a formulation perspective, Bulldog also stands out as something different from the norm. There are controversial ingredients we won’t use, and instead we prioritise natural ingredients and essential oils.

A selection of original Bulldog products

We know that all Bulldog products are suitable for vegans, are free from micro beads and use sustainable packaging. How important is it you to create an ethically sound product and has that always been the case?

It’s fundamental. This has been our stance since day 1 and it won’t change.

If you were an ambitious entrepreneur attending the 'Feelgood Founders' event what question would you ask yourself?

I'd ask what is the best way to make a brand famous?

What key piece of advice would you share with an aspiring health & wellness owner to give their business the best chance of success?

Collaboration really is key. Figure out what you’re good at and then build a team, both internally and externally, to support you in areas where you know you’re not as strong.

Simon will be appearing at the upcoming Inspiring Entrepreneurs: Feelgood Founders event on July 10, alongside Liz Earle MBE, Mark Constantine OBE, Co-founder of Lush and Sherille Riley, Founder of Nails and Brows Mayfair Boutique. You’ll hear the stories behind some of the best-known health and beauty brands and also have the opportunity to ask our expert panel your burning questions and make connections over drinks and canapés at the networking reception after the event (which is included in the ticket price). Tickets cost just £10 and are available here.

Posted by Innovation and Enterprise Team at 11:59 AM