As with most businesses, our Business & IP ambassador Anne-Marie Imafidon also had her light-bulb moment: a keynote lecture at a conference for women in technology, and the realisation that the number of women in the industry had been steadily declining for the last three decades. This resonated with her own experience of being one of just 3 girls in a class of 70 studying Maths and Computer Science at university.

A child prodigy herself, Anne-Marie holds the current world record for the youngest girl ever to pass A-level computing aged 11, and is one of the youngest people to be awarded a Master's Degree in Mathematics by University of Oxford aged 20. So who better to reverse the trend than someone who has been inspired by maths and science, and went on to pursue a career in STEM? 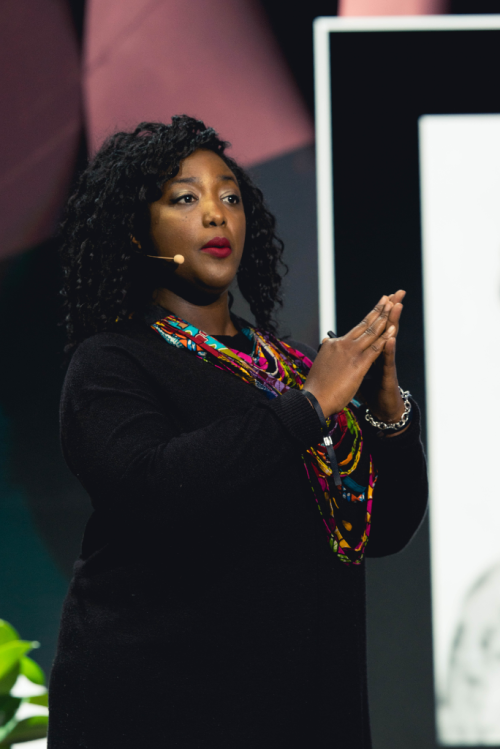 Anne-Marie Imafidon MBE is an inspirational figure within maths, technology and business.

Less than a year after that momentous keynote lecture, STEMettes was born: a social enterprise that motivates young girls to take up Science, Technology, Engineering and Maths. The award-winning enterprise has since empowered over 40,000 girls to realise their potential, changing the future of technology one STEMette at a time in a landscape currently dominated by an overwhelmingly male workforce.

But not all went according to plan when Anne-Marie was setting it up, and her initial vision of what STEMettes should be changed in a number of ways.

“There were several key aspects of what we do today that we were not going to pursue to begin with. One of them was working with schools, something we did not think would be part of our offer: and now we have a schools programme hosting trips into partner companies, we also support schools by running panels, sessions on site and more. Another one is mentoring, an important part of STEMettes today with a more-than-mentoring programme connecting young women with inspirational industry examples to guide their first steps. What was there from the beginning and has remained at the core of what we do is creating a free, fun and food-filled experience to inspire and support the next generation of girls into STEM while making them feel like they're part of something special... and cool." 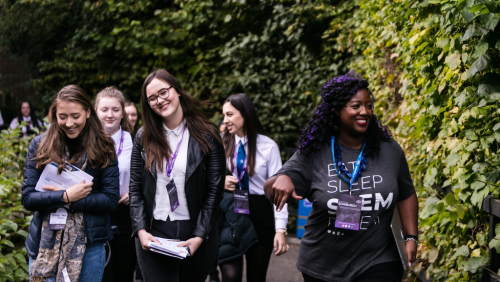 Anne-Marie is vocal about the importance of diversity, not just for its own sake, but diversity of thought as a necessary part of innovation: only by introducing the female perspective in industries that are severely lacking one can we create a genuinely equal future.

"We're a small, but passionate team doing what we can to help. We can't have women leaders if they're not joining the industry in the first place."

While working with girls from an early age is important, and a desire to pursue a career in STEM is a great first step, Anne-Marie says it is also crucial to have support at a post-education stage to facilitate real progress. Business is another area were there are plenty of barriers.

"The Business & IP Centre, with hubs throughout the UK is a wonderful example of how free resources, accessible expert help and a programme of workshops and events in an inclusive, welcoming environment can make a tremendous difference in supporting entrepreneurs from all backgrounds. The fact that over half of the Business & IP Centre supports are women proves that demand is certainly there."

Posted by Innovation and Enterprise Team at 9:26 AM