It’s beginning to feel a lot like Christmas so we decided to catch up with some of our Innovating for Growth alumni whose businesses become even busier over the festive period to get their take on seasonal trends, consumer behaviour and to see what they are offering this year...

Mellissa Morgan, co-founder and Company Director of Ms. Cupcake in Brixton, has found that traditional flavours remain popular, but are wanted in contemporary and innovate ways, "Big successes this year have been our Stollen Muffin, which is a light and fluffy take on the traditional German treat. Our Mince Pie Squares have been a big hit with our B2B clients, flying off the shelves of their establishments”.

That’s not the only change in consumer habits Mellissa has noticed. Consumers’ lifestyle choices have also impacted on Ms. Cupcake, “Veganism has been on the rise over the last two years and retailers both big and small are taking note! When we opened the UK’s first vegan bakery back in 2011, we were a novelty. Now that vegan foods have become a firm fixture on the high street, we are in great company!”.

From food to feet... ChattyFeet, co-founded by Gil Kahana, is a brand of quirky, pun-filled, character socks, Gil says, “Here at ChattyFeet, we're very excited about Christmas. We love the Christmas lights, mulled wine and spending time with people we care about. The festive season can get pretty intense so we're also looking forward to chill out in January”.

Their sock characters, however are causing mischief... Yayoi Toesame insists that ChattyFeet’s Christmas tree will have only circular shapes! Can you imagine? Is it a bit dotty or perhaps she's right?

Ernestoe Hemingway is doing OK apart from his constant demands. He wants ChattyFeet to let people know that he doesn't want any more books for Christmas (on social media)... Apparently he has enough books to read until 2020! 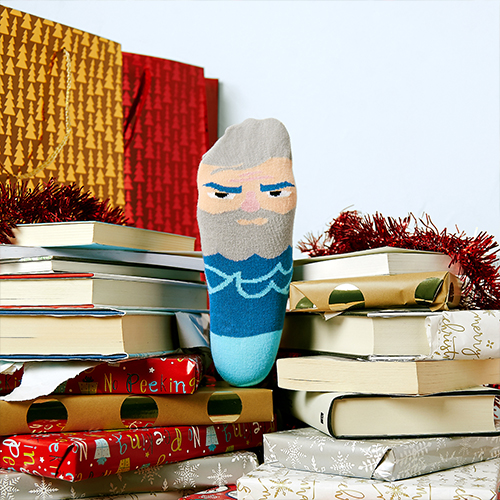 And lastly, a bit of an embarrassing one... If you bought Mr. Grrrril socks between 2017-2018, ChattyFeet need to warn you about a possible issue... Some customers sent us evidence of Mr. Grrrril opening up the presents early. 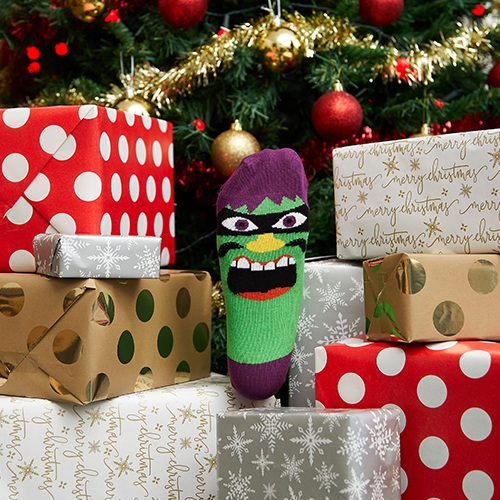 It sounds like ChattyFeet have a demanding bunch on their hands feet, but they aren't the only ones with a sense of humour. Rosie Tate, designer of cards and gifts at family-run business, Cath Tate Cards has a range of traditional and humorous Christmas cards. With the rise of digital communications, we asked Rosie if the trend of sending Christmas cards was in decline, “The rise and rise of the internet, email, text and social media might make you think traditional paper greeting card sending was dead, however this is not the case. In 2017 100 million single Christmas greeting cards were bought and in addition, an estimated 900m Christmas cards were sold in boxes and packs”. 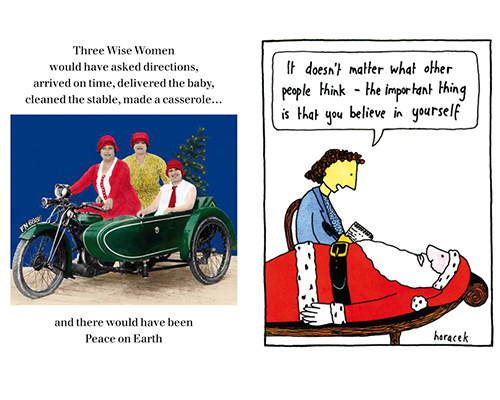 Rosie add, “Every person in the UK sends on average 33 greeting cards a year. A text or an email is just not going to cut the mustard for Aunty Brenda at Christmas! A paper card is an obviously more thoughtful gesture.”

Which gets us thinking, we should probably make a start on writing ours...

If you’d like to follow in the footsteps of these entrepreneurs and believe your business has what it takes, is based in London and has a turnover of £100,000 or more, why not apply for Innovating for Growth: Scale-up and take your business to the next level? Register your interest for our next intake today.

Posted by Innovation and Enterprise Team at 11:25 AM