Patent application and grants are published every week and it is always interesting to see what is coming through the system and potentially on to the market. 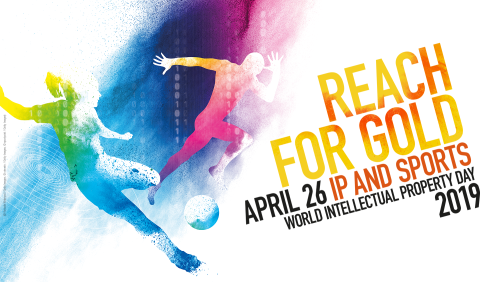 This years’ World Sports Day is on 6 April and World Intellectual Property Day is on 26 April, so I thought I’d take a look and see how many of the March 2019 patent publications were related to sport. There were 15 relevant patents in total including some interesting ones…

US2019083870A is a published USA application for an ‘In goal ball return or collection device” which details a flat device for soccer (football to you and me!) practice. Rather than covering the whole goal mouth this device is apparently intended to cover the lower part of the goal and to lie at an angle thereby allowing the ball to potentially bounce back to the player or to be easily retrieved. This is intended to save valuable practise time usually spent in retrieving or chasing loose balls.

EP3132778A1 is a European patent application that designates GB for patent protection. The inventors are Spanish and the invention claimed is for a “Wheelchair accessory for playing soccer”. The idea basically consists of a pair of manually-operated levers, one for each hand, which are attached to the wheelchair and have devices at the bottom for retrieving and shooting a conventional ball. 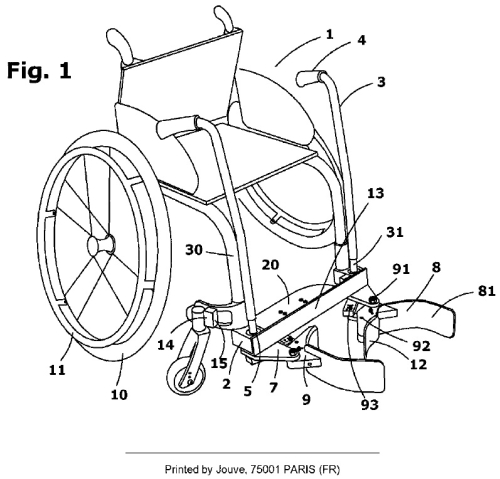 Amongst the 15 patent specifications published there are also a couple of GB applications GB2566646A, “Method and apparatus for playing a sports game”. The proposed game, consisting of at least two wickets and an inflatable ball, sounds like a derivative of cricket! Then there is GB2566799A “Sports Aid” which is basically an enclosure for sports practice.

It’s going to be a case of wait and see to find out if any of these patents do get granted. 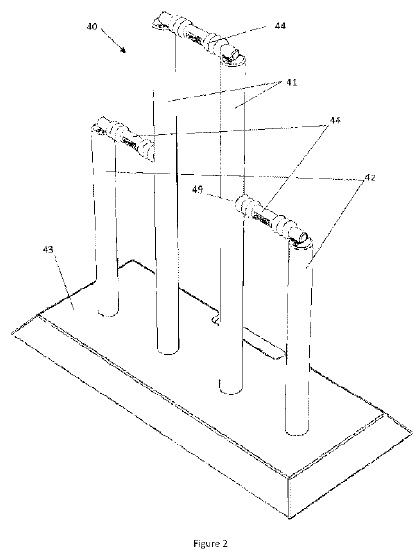 Patenting innovations relating to sports is not new, the earliest granted patent I could find relating to football boots is GB11854 of 1887. This was granted to a Harry Howe a boot manufacturers’ warehouseman from Leicester, and it was titled “Improvements in and appertaining to boots or shoes used in playing football and the like”.  His idea was to add a roughened, corrugated or grooved surface to the toe of the boot to help ensure that when the ball is booted a ‘sure kick is obtained’. However, football isn’t the only sport that I found patent documentation for, there is a great patent from 1894 for a new innovation in clay pigeon shooting. A certain Hugo Fuchs of Vienna, Austria was granted a British patent in 1894 for “An improved pigeon or object to be used as a moving target in shooting sports and practice”. His idea was that the ‘pigeon’ should be made out of paper or cardboard rather than the traditional glass or clay. He maintained that by filling his discs with coloured powder or soot the ‘hit’ would be as visible as a shattering clay or glass pigeon would be and his innovation would be much safer. Personally, I’d rather be hit by paper or even soot than a lump or glass or clay!

Patent searching, if you have an innovation in mind, is a must because if an idea has been patented at anytime, anywhere in the world it cannot be re-patented. So if your new idea happens to be steel toe-capped football boots, sorry that’s already been done!

If you do have an invention in mind it would be worth visiting your local Business & IP Centre, there are 13 in total around the UK details of which can be found here.

Posted by Innovation and Enterprise Team at 9:38 AM