Sitting on the train reading the news on my mobile phone today it struck me how far the humble telephone has come since the day it was first invented by Alexander Graham Bell. The mobile phone still does what Bell intended, it allows two people to talk to each other at a distance, but over the years improvements have been made to Bell’s invention so that mobile phones are now telephones and so much more. And this is true of practically everything we use today.

Take someone like Leonardo da Vinci, we currently have an exhibition of his drawings, diagrams and handwritten notes here at the British Library (Leonardo da Vinci: A Mind in Motion) and whilst many people may know him as a great Renaissance painter, perhaps most famous for La Giocconda better known as the Mona Lisa, Leonardo da Vinci was also a great visionary with ideas such as:

Let’s take a look at a few of Leonardo da Vinci’s ideas and see how inventors brought variations of the ideas into being, whilst not necessarily being the first to patent! 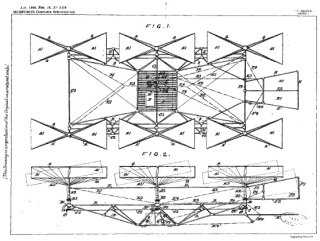 Leonardo da Vinci created a design for a machine that is sometimes described as an "aerial screw", unfortunately, Leonardo’s drawings do not indicate that he came up with a way to stop the machine once it had taken flight. Like all inventions though, Leonardo’s “aerial screw” was taken and improved upon by people such as British inventor, Edwin Mumford. A naval architect from Dumbarton, who came up with an invention titled ‘Improvements in or connected to Aerodromes or flying machines’ and received patent GB3214 of 1905 for his trouble. 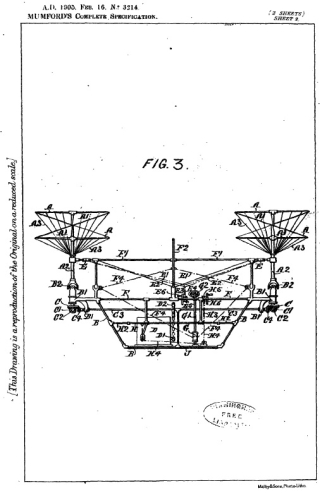 The first underwater breathing apparatus to be patented was the Rouquayrol regulator, a device intended to regulate the flow of compressed air. This was invented in 1860 (1860 44655) by Frenchman Benoit Rouquayrol, a mining engineer from Aveyron in France. Originally the invention was intended to assist miners to escape flooded mines, but Rouquayrol adapted his invention in 1864 (1864 63606) and patented it under the title ‘moyens propres à protéger les plongeurs’ or ‘means to protect divers’.

A British inventor by the name of John Stapleton invented ‘Apparatus for working under water’ in 1693 under patent GB318. Stapleton’s idea was for a device that allowed a person enclosed in it to walk under water. Unfortunately the patent doesn’t have any diagrams so we will have to use our imagination to visualise the apparatus in actual use. However, it might have looked like this: 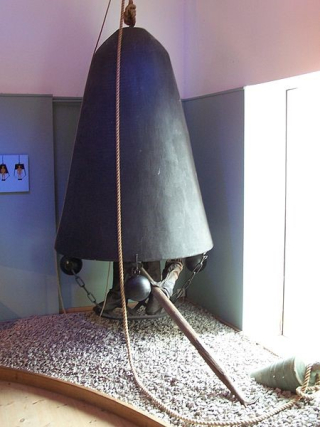 Leonardo da Vinci's armoured car invention was regarded as a forerunner of the modern tank. Covered in sheets of metal, the armoured car was intended to be capable of moving in any direction and was to be kitted out with a large number of weapons. It even had a turret on top to aid steering of the vehicle and aiming correctly when firing the weapons. In truth, the armoured car as designed by Leonardo would never have worked as it was far too heavy for humans to move and far too small for animals to be used to manoeuvre it. 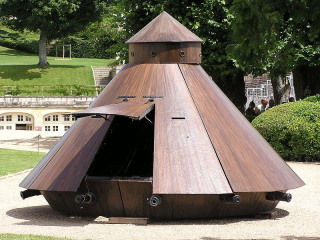 An armoured tank designed by Leonardo da Vinci at the Château d'Amboise (this work has been released into the public domain by its author, AYArktos. This applies worldwide) 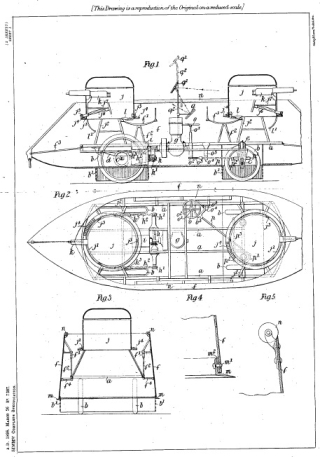 The problem with armoured cars, as was discovered during the First World War, was that the wheels of the vehicle sank into the mud of the battlefields. The solution was to add caterpillar tracks to the vehicles so that it was capable of moving over any terrain, but this didn’t happen until later.

Although when others later tried to reproduce the ideas in Leonardo’s drawings they often found that they didn’t work as they should and needed modifications. Had there been a patent system in place in Leonardo’s day, the fact that his ideas worked in theory would have been enough to get him a patent as there is no requirement of the inventor to supply a prototype or other proof that their idea works in reality. This often leads to claims that the patent, once granted, should be declared invalid and, of course, if the inventor could not get his or her invention to work then there would be no chance for them to commercialise it.

Today users of the Business & IP Centre can speak to our partners who specialise in prototyping to get an expert opinion on whether their idea has legs or not, or they can take advantage of joining our Inventors’ Club which meets on the final Monday of every month.

Posted by Innovation and Enterprise Team at 9:09 AM