Businesses of all types and sizes have been greatly impacted by Covid-19, and ours is not different. For a small business such as ours, the key to survive is how fast you adapt to the new circumstances. And for us it took only four days to transform our company.

One day back in March we were preparing ourselves for the next school term, and practically the next day we found ourselves with no business at all due to nurseries and schools being forced to close, activities cancelled and gatherings forbidden. I won’t deny that at first we panicked and there were lots of tears in those very first moments, but then we took the resolution be creative and think what we could do to survive. No schools or nurseries and children in lockdown? Let’s do our classes online! We worked really hard to research and learn the feasibility of delivering our classes by digital streaming with a professional result – if we wanted people to still pay for them we should offer something looking professional. Our first attempts were a bit clumsy - tech problems on our side a lot of problems to solve on the customer side – but after several sessions, I think we mastered it! Ever since our first online class we’ve been doing nothing but improve the service – we run 10 classes per week, we do live events on Facebook, we’ve rebuilt the website so that it’s easier to book the classes, we’ve developed several plans (pay as you go or subscriptions) to suit all preferences and pockets, we’re creating new online content (such as videos on demand) to keep people engaged, we’re even translating the songs in order to be able to offer classes in other languages… all in all we’ve transformed our business and adopted a digital mindset to develop new online services and we’re now focused on thinking how to grow our online presence. Of course we miss the way we used to teach children face to face, but life sometimes puts you in a position where you don’t have a choice but to adapt to the new situation and keep going. And that’s what we’re doing now!

UNESCO (the United Nations Education, Science and Cultural Organisation) created International Mother Language Day in 2000 to promote linguistic and cultural diversity and multilingualism. Every year since then, the day have been celebrated to promote the dissemination of mother tongues and a fuller awareness of linguistic and cultural traditions throughout the world and to inspire solidarity based on understanding, tolerance and dialogue. One Innovating for Growth: Scale-ups alumna, Bilingual Beats, aims to do the same thing and has developed a programme for teaching young children foreign languages through music. 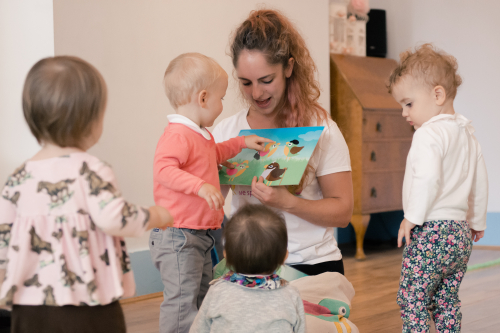 Almudena, co-founder, had the idea for the business after finding that the UK had a lack of structured programmes for introducing foreign languages to very young children, “This is the best age to start learning a second language because children do it in a very natural way, and if it's taught through play, it creates meaningful learning and sets the roots for a successful future learning.

“Music constitutes a language itself, but it also makes it very easy to remember words and sentences. The combination between rhythm and melody, with lyrics, helps to process and acquire structures in a foreign language. Besides, music is one of the most loved things for children, and we aim not only to develop their linguistic abilities but also their inner music abilities, which develops in these first years of life.” 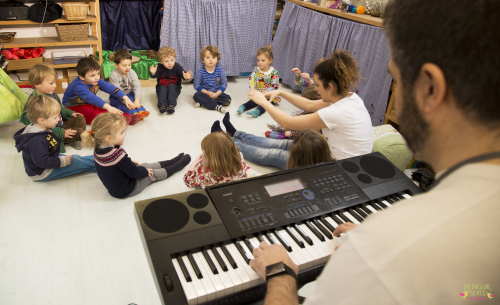 According to UNESCO, despite there being over 6,000 languages throughout the world, only a few hundred languages have made it into education systems and less than a hundred are used in the digital world.

This is reflected in what Bilingual Beats believes to be important, “The benefits of speaking more than one language are quite numerous, including the possibility of communicating with more people of different cultures, the increase in self-esteem, being better equipped for the professional life, etc. However, there is a lot of research demonstrating that there is a window of opportunity during the first years of life for learning languages successfully in a very easy way, and after those years, it becomes much more difficult, often with worse results. The children’s’ brains absorb and retain any kind of learning with very little effort.” 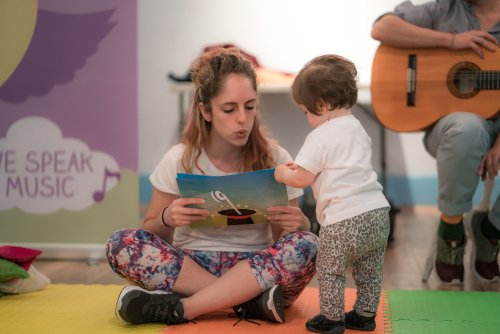 The desire for parents wanting their children to learn additional languages has increased over the years. Being based in London, the business sees a large amount of their customers speaking more than one language already and for those who only speak English, they want their children to learn foreign languages to increase their opportunities in the future. This trend is part of the businesses growth plan, as they plan to offer classes in other UK locations, with the ultimate aim to expand internationally.

Posted by Innovation and Enterprise Team at 8:18 AM