Julie Deane: Living proof that you can start and adapt a business from your kitchen table

Julie famously founded The Cambridge Satchel Company from her kitchen table in Cambridge, with only £600, as a means of paying school fees for her children. Being seen on the arms of celebrities and bloggers such as Taylor Swift and Liberty London Girl quickly gave the brand global recognition.

To celebrate Julie's upcoming event, Kitchen Table Talks: adapting to the times with Julie Deane OBE, in partnership with Santander, we caught up with her to find out more about her business journey, and why every business should have a dog for company. 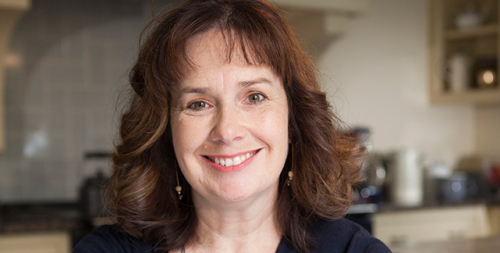 Championing the self-employed cause

Julie’s monumental start-up success from “a cup of tea and a big idea” to a globally recognised brand is living proof that anyone can set up a business they’re passionate about from their kitchen table. Throughout her rise to business success, Julie’s philosophy has always been to champion aspiring entrepreneurs, believing that everyone should have a chance to take control of their own destiny and achieve their life goals.

“Personally, self-employment changed my life,” said Julie. “There are over 4.5 million self-employed people in the UK and there are now more possibilities to set up as self-employed. People can now create opportunities for themselves – they now have options.”

Whether it’s getting a brand new product to market, securing investment for a potentially ground-breaking invention or simply spreading the word about your available services using social media, there are now more ways than ever to achieve your self-employment ambitions.

Julie has now had to come back to where it all began, her kitchen table, when Cambridge Satchel Company's office closed during the pandemic, she realised that founder stage Julie may have had better ways of working than now. "I’ve rediscovered the necessity of making decisions quickly and not overthinking. The clarity of focus when undisturbed has been good when reflecting on how best to move forward. There are fewer distractions and more hours, reclaimed from commuting, but how did I separate life from work? How did I shut off when the house is filled with work reminders? I have some questions I’d love to run past the first year founder me!"

The importance of work/life balance is also key, especially when it comes to pets. "I can do without most things, my dogs don’t fall into that category. The garden has never looked better and the dogs have never been happier – those are the balances that have kept my spirit high." 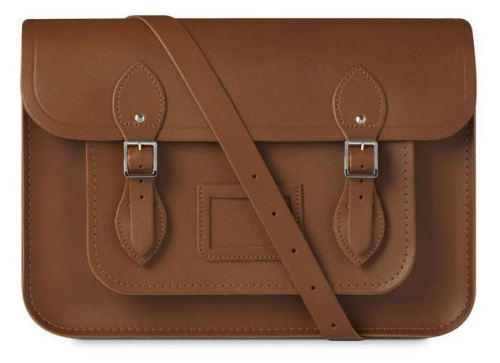 With such a small starting budget, Julie had to be extremely creative in raising awareness of her new business. Julie admits she was a self-proclaimed “queen of the free directory listing”, utilising as many local resources as possible to get noticed, such as regional newspapers, fashion and lifestyle editors and business directories. In fact, it was her innovative relationship-building with fashion bloggers and lifestyle editors that would eventually propel the brand to the next level.

In 2010, Julie was contacted by fashion bloggers in the United States, who were desperate to wear her satchels to New York Fashion Week. This massively increased the exposure of the brand, and having the satchels on show on the laps of front row fashionistas caused quite a stir. This culminated in Bloomingdales stocking the satchels in the iconic 5th Avenue store in New York – quite a meteoric rise from Julie’s quiet Cambridgeshire family home.

The importance of staying true to your roots

Perhaps the really impressive aspect of the global growth of The Cambridge Satchel Company is that the brand has continued to remain close to its roots. Julie has been the brand guardian throughout the years, using social media to maintain close relationships with customers and building the human aspect and relatability of the brand.

Julie’s first company photo shoot of her product range even featured her own children as models. This proved to really resonate with customers, especially given that Julie’s children were such a significant factor in the company’s creation.

Julie cites her greatest achievement in business as being able to scale the business globally whilst staying true to who she is.

“We’ve taken investment, and it would be very easy to step back and potentially get too big for our boots but we’ve remained the same company essentially – we have a direct relationship with our customers and want it [to stay that way],” she said.

When stores had to close due to lockdown, these roots proved once again to be key to success. "The Cambridge Satchel Company was born on the internet. Our customers and following were built online and so from that perspective it’s always been a strength we feel we have. During lockdown though, there was an increased need to reach out and help customers with browsing, product advice and customer service through all online channels. I even recorded videos in the garden for some customers to answer queries."

This has also led Julie and her team to reassess and not be afraid of changing decisions made previously. Her current three priorities for the company are: 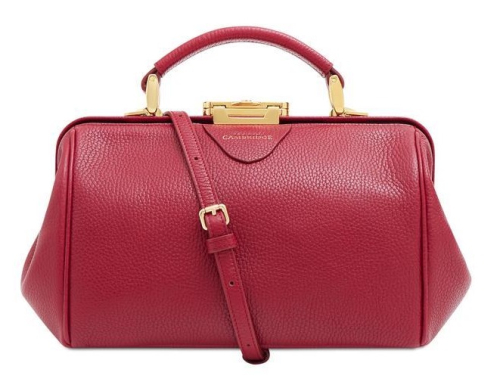 Guard your intellectual property with your life

One of the biggest challenges Julie faced in the early stages of building up her business was protecting her intellectual property. The company’s first factory and manufacturer actually attempted to steal her original designs to create an imitation product.

Julie, however, soon learnt from her naivety, and opted to set up her own manufacturing facility in Leicester and operate using non-disclosure agreements when working with third parties, which helped her protect her brand.

In the space of just twelve months, Julie discovered 330 fake websites that claimed to sell her satchels – some even displaying an imitation trade mark. Fake profiles had also been set up on social media channels claiming to be The Cambridge Satchel Company and selling counterfeit goods.

“We enforce our trade marks aggressively and have fake websites shut down,” she added.

“At MarkMonitor meetings I am surrounded by household names, far bigger than us. We have to join together to defend ourselves but it is a huge drain on resources.”

Intellectual property infringement is no laughing matter; it can cost you thousands. However, you can get all the information and guidance you need to protect your ideas and creations here at the British Library at our regular workshops and through advice clinics. Work with honesty and integrity

The Cambridge Satchel Company has quickly become a brand that people can believe in across the world and this has led to global success. This is particularly the case for China, which is now the business’ second-largest territory for sales. Even Prince William paid a visit to a festival in Shanghai which housed Julie’s very own ‘Great Wall of Satchels’.

Julie has used the recent months to think about the brand in a more meaningful way. "We recognised that this was the time to stop, pause and reflect on exactly why we deserve to exist and survive. What we offer that’s of value and sets us apart. Those fundamental questions led us to recognise that we needed to rediscover the brand in a way and be bolder. The project has brought so much excitement and clarity – definitely the most defining, valuable solution."

Julie has been deservedly heralded as a true British business success story and was acknowledged by the former Prime Minister, David Cameron who asked her to lead an independent review of the UK’s self-employment landscape. The resulting report outlined 10 recommendations for the Government’s consideration that would support the growth of the self-employed community in the UK. This included increased use of libraries and enterprise hubs.

The Cambridge Satchel Company’s inspirational story is a fantastic example of how one great idea can spiral into a global business success. As Entrepreneur in Residence, Julie shares her own expertise and experience to help users of the Business & IP Centre achieve their own self-employment ambitions. Kitchen Table Talks: adapting to the times with Julie Deane OBE is on Tuesday 22 September, 10.30.

Posted by Innovation and Enterprise Team at 2:11 PM