A week in the life of James Seager, Company Director of Les Enfants Terribles

Les Enfants Terribles is the pioneering theatre company behind the groundbreaking immersive productions “Alice’s Adventures Underground”, “Dinner at the Twits”, “The Game’s Afoot” and “Inside Pussy Riot” as well as original and innovative stage shows ‘The Trench’, “The Terrible Infants” and “The Vaudevillans”.

Run and co-owned by James Seager and Oliver Lansley, the company was formed in 2002 and together they have pushed the boundaries of immersive theatre, alongside their unique take on more traditional stage shows, always challenging the audiences’ perception of theatrical productions. They took part in our Innovating for Growth programme in 2020.

Their artistic policy is simply to make theatre they love and that excites them. With a large and loyal following for their spellbinding work, Les Enfants Terribles continues to captivate audiences in the UK and internationally.

James is the lead producer and creative director of the company and he also co-directs many of the shows.  Currently he is the director for Sherlock Holmes: An Online Adventure, which is an immersive online show designed to bring the Les Enfants Terribles magic into people's homes. It has just opened and you can find out more at www.sherlockimmersive.com. He shared what a week in the build up to the opening of this show looked like...

The start of a big week – well most weeks are pretty big at the moment due to us launching our new immersive on-line show Sherlock Holmes:  The Case of the Hung Parliament, but this week is a biggie!  We’ve been tirelessly working on this show for three months now and working to build a unique ‘game’ for people to experience.  Working in entirely new ways is always very exciting but it has surprised us how similar this on-line show has been in its creation to how we usually plan our immersive shows like Alice’s Adventures Underground which was similarly built on spreadsheets and computers.  The beauty of course is that the audience are never aware of the complicated tech behind these shows (nor should they) and just enjoy the show as a narrative creative experience.  However, when you are genuinely doing something new you’re bound to hit hurdles and unfortunately our Sherlock show has been slightly delayed due to an issue it took the tech team three days to find and 3 minutes to solve!  Of course, this waiting has been quite stressful as we have many sold out shows and an expectant audience for next week when we go live so we have to deliver the ‘game’ by next Thursday. 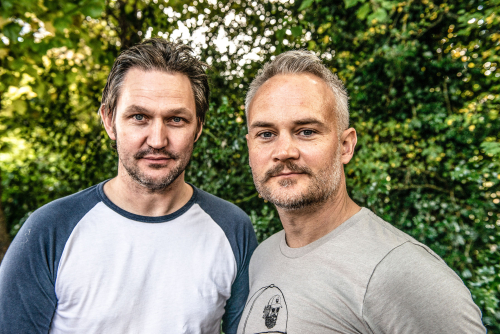 I start my day going for a run - I started this routine every morning since lockdown one last March and have kept it up for a year and do you know what?  I still hate it and it still is not any easier!  However, it does I suppose, clears the cobwebs and gets me started for the day.  I am lucky that I have a small outdoor office in my garden which psychologically has been great to ‘leave the house’ and try and leave work when I ‘come back home.’  Running a company is stressful at the best of times but in lockdown and trying to create a new show – its doubly so!  Monday’s we have a team meeting on zoom which we try and keep to an hour and half but it always runs over.  It’s a good chance for the office to connect when we are all apart working remotely and to see what is on everyone’s plate for the day ahead.  The big question of the day is when do we expect delivery from of the final product for the on-line show  – we hear from the tech team that it will be this week and we remain cautiously optimistic and excited.  The ‘rushes’ we’ve seen so far look extraordinary.  At 2pm I have an interview with the FT about the technology and about creating theatre in a pandemic.  I hope it will be a good piece as we chatted on zoom for an hour and half!  Hearing myself speak it really dawns on me how challenging it is for all the office to create a piece of theatre when we are all apart and a piece of online immersive theatre that is genuinely different.   The rest of the day I’m looking at schedules for the actors (16 of them) who will be in the show and then I join a zoom about a writer’s programme.  The previous week was very stressful but it looks like we have turned a corner and as my head hits the pillow I hope for good news tomorrow.

Ugh another run – still as hard as it was a year ago!  We get news from the tech team that they have sent over the first pass at 9.45am which is great.  The day ahead looks likely to be a testing day to see if it works for us as we start the morning with a few issues.  My team have a call with the tech team at 11am and so we hold off scheduling the actors for rehearsals until we are all happy.  The tech team spend most of the day trying to make the small issue go away which is like waiting in a delivery room reception in a hospital!  I spend the day trying to put it out my my mind by working on a creative pitch for a large company who want us to create an immersive charitable experience for them at the end of the year.  It is based on a book and I spend the day listening to an audio reading of it while creating the immersive idea for it – once finished I send it over to my co-director to get his thoughts.  5pm we are still waiting news on the technology from the tech team who have reported they have fixed the final problem and they need to test it further.  The deadline looms!  At 7pm I receive a version and have to test it for most of the evening – it’s a late one.. 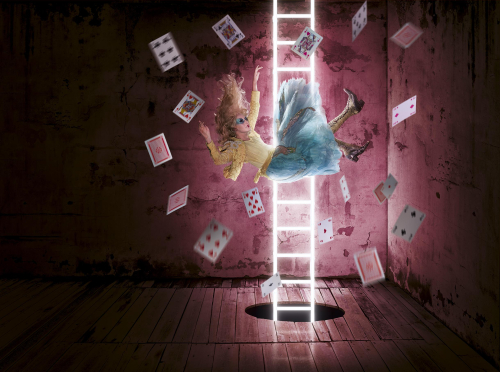 Raining this morning for my run – double ugh.  The show development has hit a snag as its only playing 65 minutes and cutting off the final 9 minutes of the show for some reason so its back to the tech guys to see if they can solve the issue before we roll it out next week.  We spend the day in zoom meetings discussing options and plans in case we don’t hit the deadline but we hear good news at 5pm that the system is responding well to some ‘care’ and we should be able to test it again on Friday.  A long day!

More updates from the tech team and its more waiting our end to see if the changes they have made will work – they need 24 hours so we will get our final update tomorrow.  I spend the day on zooms discussing options and then we realise a 6 second piece of video is missing from the content – not crucial – but still missing.  I get my daughter to film it as we need a hand holding some birthday cards and then I send it over the editor!  Back to working on some head of terms agreements for a secret project that we are hoping to launch next year and we’ve been planning for a further three years. 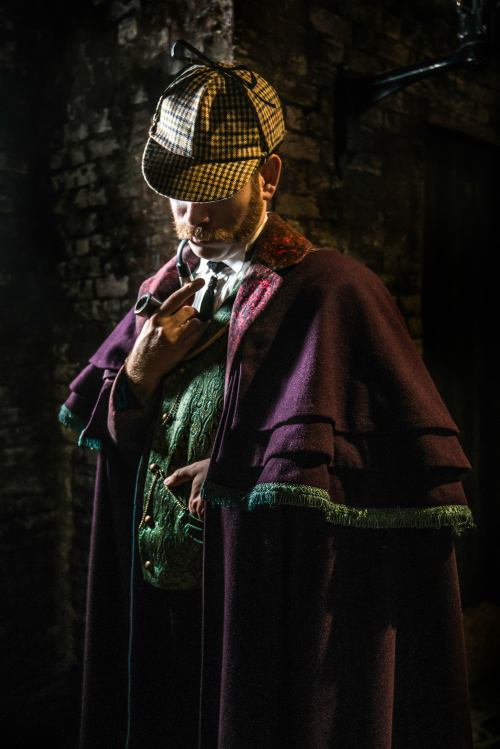 It looks like we will be able to launch the show next Friday which is great news.  We intend to change a few things and then rehearse all the actors next week before going live with the show on Friday.  We are all very excited and can’t wait to unleash the show to the public and hopefully give a bit of theatre to people who have really missed it over the last year.  The whole day is spent planning rehearsals and logistics.

I try and not work weekends but that’s tricky!  Especially when you are launching a show in a week so I spend some time with the family on a long walk and long lunch and sometime in my office shed preparing for the week ahead.  It’s been a busy week but as expected and we can’t wait for the show to open on Friday.

Find out more about Sherlock Holmes: An Online Adventure and book your tickets by visiting www.sherlockimmersive.com

Posted by Innovation and Enterprise Team at 2:47 PM