Design for a better life – the legacy of William Morris

Have you ever bought anything artisan made? It might be something like a beauty product, organic food or even sustainable handmade furniture? Or maybe an ethically made fashion item or you’ve sampled an exotic craft beer locally made by an independent brewer?

Our love for high quality products with an ethical heart can be traced back to a man and a movement. Step forward and take a bow, William Morris (24 March 1834 – 3 October 1896). Pioneer, polymath and prophet; you changed our world and made it that little bit better by creating a lot more beauty. 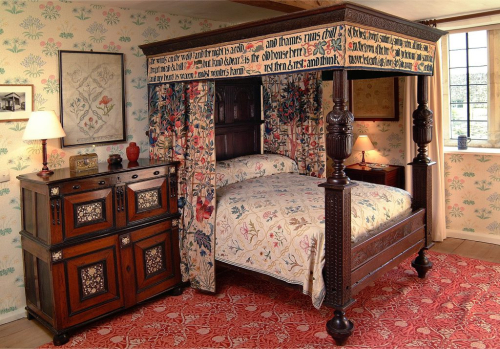 Morris was a founder of what became known as the Arts & Crafts movement and was its most well-known proponent.

Among his great achievements was to make high quality design a desirable commodity, and the world never looked back. It’s what Morris is most famous for today.

How did he do it and why? What role did design production and protection play in guaranteeing his success and reputation? When we explore these questions we discover a man and his time, eerily similar to our own.

He was a pioneer pushing against an age of mass-produced, badly designed factory products. ‘Made in Britain’ was an embarrassment and he wanted to change it. The country could (and would) make better and more beautiful things. Especially for the domestic home, a place of rest and recreation from a harsh and polluted world outside.

The rapid pace of industrialisation and manufacturing had come at a cost, not least a social one. It was widely felt that society had lost contact with the natural world and age old skills and crafts that connected us to it. Factories, those ‘dark satanic mills’, had crushed the artisans by sheer scale of efficiency. It had made the factory owners a ton of money.

Perhaps then it’s no surprise that the medieval age with its community guilds and love of nature and beauty represented a pre-modern innocence, a paradise to be regained. That’s why the middle ages gripped the imaginations of artists, writers, architects and social critics for much of the century. 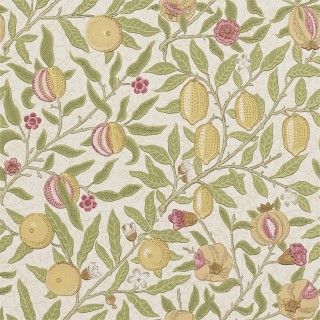 Morris lived in this world and he wanted to re-shape it, radically, by returning to the best of its past. This would be achieved through traditional ways of living and working, by changing the process of creating decorative arts. The craftsperson and artisan would become the centre of production.

So he founded a company with fellow artisans, Morris, Marshall, Faulkner & Co, later to become simply Morris & Co. Businesses today have vision statements and so did they. Theirs was, ‘art for all’ and they fully lived their vision. 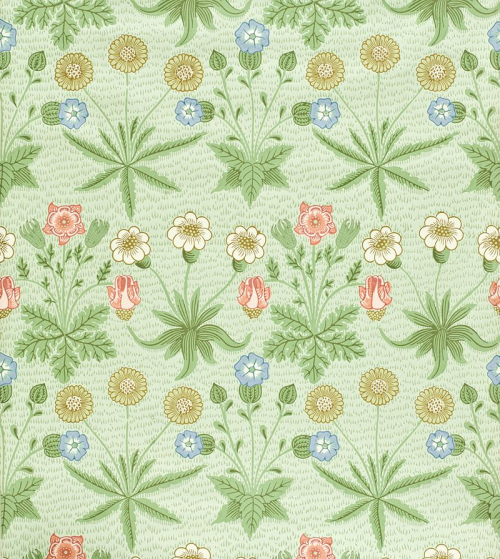 In a strange way, the world was ready for a new generation of entrepreneurs. The Victorian age was also the great age of reform. Historic Acts of parliament established a modern state and created a world recognisable to us moderns.

In the late 1830s, there was much talk in parliament to protect industry from unauthorised copying of designs and products, which was endemic and costing industry terribly. But there was also a need to safe-guard future exports from countries with a strong design heritage, such as France.  So during this time a system of design registration was enacted that we recognise today.

New legislation, such as the Ornamental Designs Act of 1842, expanded the coverage and copyright protection for proprietors of more crafted design, to recognise artistic originality as being of high value.

There were many other changes of significance such as the promotion of schools of design and public galleries to expose more of the public to works of ‘good taste’, thereby encouraging consumers to demand better designs. All of these reforms set the stage for William Morris.

He and his company would soon benefit from the intellectual property protection the design registration provided, as did many of his contemporaries. 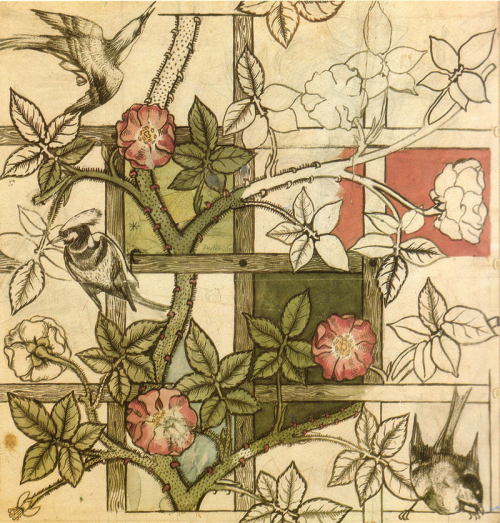 Some of his most famous wallpaper designs were registered by Morris & Co and are now held at the National Archives, the main repository of designs for this period. This includes illustrations such as ‘Daisy’ (171341) the first wallpaper by Morris to be put into production and ‘Trellis’ (173081) both registered in 1864.

Other examples registered for design protection were textile designs including ‘African Marigold’ (304147) 1876, and ‘Pomegranate’ (311179) also designed by Morris and registered in 1877. Also furniture fabric such as ‘Anemone’ (298226).[1] Here at the Business & IP Centre we have indexes of design for this period. 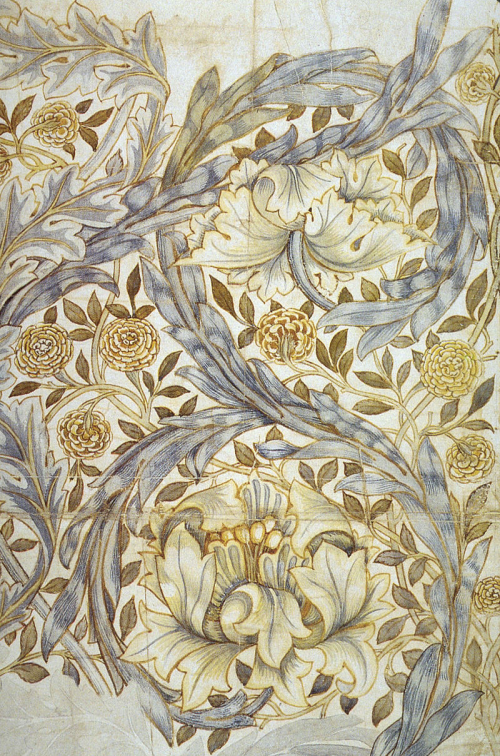 It was soon apparent that there was an ‘alternative economy’ emerging. Morris understood something fundamental, people recognise and even demanded good design, and they will pay for it. He also understood the commercial importance of protecting it, not least to promote his work as well as to benefit the company and achieve its vision.

Morris’ extensive design portfolio included wallpaper, furniture, tiles and even stained glass windows, for the more affluent. He also recognised that people desired natural more than the synthetic, so natural vegetable dyes were used in printing rather than chemicals. We can all relate to that.

So by providing consumers with a choice to buy good design and crafted works of art, he forged an industry that would only grow bigger and bigger into the 20th Century and to our own. 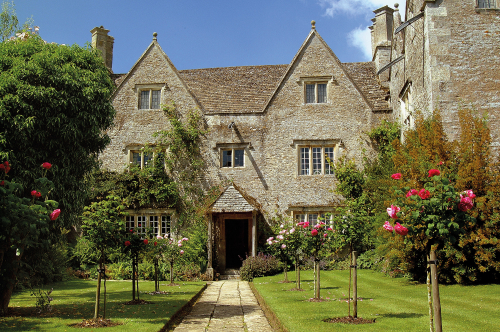 We live in a craft age.

Morris looks modern to us simply because he helped create our world. His priorities have become our priorities.

Today we value exceptional design more than ever and prioritise how it’s sourced and made. These values complement each other. The designer has retained their status and their creations are just as valuable to us. I wonder what Morris would think of the latest debates around design? In 2016, section 52 of the Copyright, Designs and Patents Act (1988) was repealed giving ‘works of artistic craftsmanship’, produced industrially, the same length of copyright as works of art, the life of the creator plus seventy years. A helpful boost for designers creating contemporary icons, just like Morris did.

Designers of today live out Morris’ original vision, “have nothing in your houses that you do not know to be useful or believe to be beautiful.” Now we all share his vision. We too can own a little work of art, thanks to a man and his movement.

Posted by Innovation and Enterprise Team at 7:00 AM