Introducing our latest blog feature: Inventor of the Month! In our first edition, our IP expert, Jeremy O'Hare explores the fascinating life of Lucean Arthur Headen.

'For someone to be both an inventor and an entrepreneur is a unique thing. To be someone who overcomes racial prejudice and become a pioneer in his field is truly exceptional.

I discovered the story of Lucean Headen while answering an enquiry for an historian and author, Dr Jill D. Snider, who has written a recent biography about this extraordinary man. Jill had used our historical collections of patents in order to track Headen’s achievements in engineering.

Lucean Headen, an African American, born in 1879 in North Carolina, was to become an important figure in manufacturing and engineering in Camberley, Surrey before and after the Second World War. 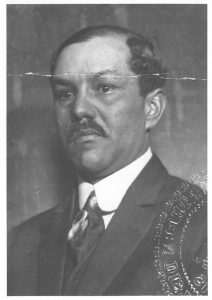 How then, did Headen travel from a segregated USA to England in the early 20th Century and prosper in what was an extraordinary life journey and adventure for his time?

The answer is, invention. Quite a few of them in fact.

Headen, was born into the generation after the American Civil War where racial inequalities and prejudice were the norm. He belonged to a family of artisans, who had learned their trades while enslaved.  His father was exceptional in his own right as an entrepreneur and owner of a sawmill  and his family had acquired strong connections with other African American entrepreneurs.

The social networks his family built were what Headen needed to get ahead, and they became vital to his securing future opportunities. They included contacts through the Northern Presbyterian church, a network that would continue to be a place of social as well as spiritual support for Headen. But also a wider circle of investors, both black and white, who saw promise in Headen’s early inventions.

His first two patents, in fact related to cars as he established a car manufacturing business producing car bodies and engines. But it was the promise of overseas opportunities that saw him travel to the UK. He made his first trip toward the end of the First World War, to demonstrate to the British Admiralty an optical device referred to as the “Headen system of mirror camouflage,” used to make small patrol craft invisible to German submarines.

This of course helped to get him known in inventing circles. However, with the war soon to end he didn’t receive the opportunity to fully develop his idea, though his talent was commended. 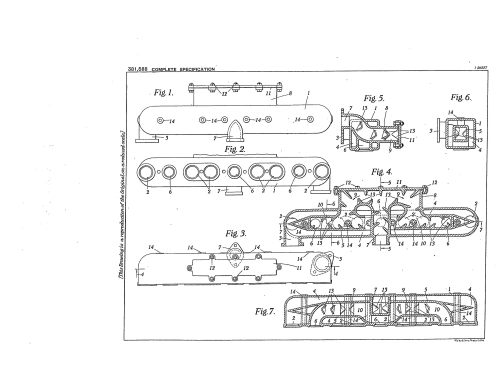 After some time back in the USA, Headen returned to the UK in 1931 not with patents for the military, but for the car industry.

Again, the trip was because of an opportunity. England had a petrol problem; there wasn’t enough of it, and it was too expensive. Something that wasn’t a problem in the US at the time. So Headen had developed a converter kit that allowed petrol engines to burn heavy oils instead of petrol. This was a big advantage for England at the time because heavy oils were more plentiful and cheaper.

The invention certainly created a stir and was demonstrated at the Royal Motor Club. Off the back of its early interest, Headen formed a company in 1932, first in London, then relocated to Camberley, the place that would become his home. Having formed a partnership with another entrepreneur, George Hamilton, and later Camberley builder James Richard McLean Keil, this gave Headen the local network and connections to get his invention to market.

Headen and his company would become central in the local business community, and he emerged as a leading industrialist for his time in the region.

More patents were soon to follow, each developing his automotive innovations, but it was the onset of war that proved to be of such importance for Headen’s contribution to the war effort.

His engines were instrumental in British agriculture and logistics because tractors and lorry operators were able to switch to oil, therefore allowing scarce petrol for military use. His engine gasket also increased the efficiency of oil-burning engines and reduced the maintenance required.

It was clear that Headen had grown to love England and indeed had remarried here and adopted a son. He never gave up his US citizenship but was very much considered a local, and even served in the Home Guard. It’s true to say that he had created opportunities as an African American here in the UK that were so much more difficult for him in the US at the time.

But it would be wrong to see Lucean Headen as either American or British. He was bigger than that, a man who would never allow his race, background or lack of higher education hold him back, Headen succeeded with talent, determination and an instinct to chase an opportunity wherever it led him. 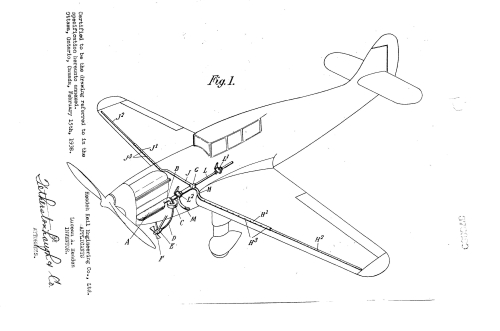 To use a cliché, the ‘sky’s the limit’, would even be a little limiting, as Headen was also a pioneer aviator, among the first African-Americans to fly. He added to his automotive achievements with aeronautical inventions. One of these, an anti-icing technique for planes, has been cited as an early patent for later developments by Curtiss Wright, GM Grumman Aerospace, Boeing and Rolls Royce right up to a recent thermal patent method to de-ice turbine blades in 2018.

His inventive and personal legacy continues to inspire to today. Lucean Headen is a man whose time for recognition has come.'

Posted by Innovation and Enterprise Team at 1:53 PM