Last week at our Start-up Stars: Eco-conscious entrepreneurs event, we were lucky enough to speak to some great green businesses; Asquith London, FRUU Cosmetics and Two Lives. They gave invaluable insight into what it takes to turn an idea into an eco-enterprise that’s built to last. 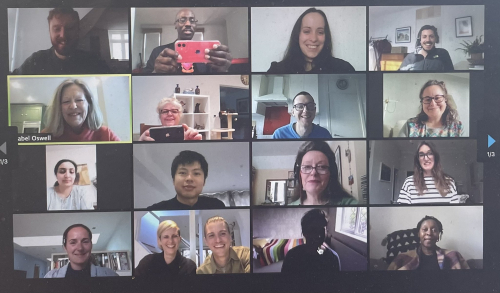 “If you bring anyone into the business, it should really be a positive addition to what you already have and not overlap too much with your own skills. Really look for someone that adds a lot of value to what you're doing.” - Tina, Two lives

“Don't underestimate those really genuine opportunities to interact with the customers, just as a founder, because customers really value that.” - Terence, FRUU Cosmetics

“If you have a product, take it, sit somewhere and get people to feedback on it and say, don't just give me positives, I want genuine positive and negative feedback. Honest feedback is what matters.” - Alice, Asquith London

Let’s hear more about our panellists⁣…

Alice started Asquith London in 2002. She had a stressful job in TV and was doing a lot of yoga and pilates, this was when she decided to set up a yoga clothing label. Alice noticed that the only product available at that time was sportswear which was all made from very synthetic fabrics, she had grown up in an environment where her mother, grandmother and great grandmother, had all made their own clothing. Alice made the decision to work in all natural fabrics.

“All this nasty synthetic stuff I just thought, hold on a second. This isn't right. I decided to do something that was very different and not available at that time.”

Terence started FRUU five years ago when he was working as a science teacher.  He had graduated from university and then went into antibiotics research, which he felt was one of the most urgent things that needed to be solved in the next 10-20 years. FRUU was started after Terence and Kelly noticed that the cosmetic industry is like a sister of the chemical industry, and essentially an entire industry is set up on the back of the petrochemical industry.

“FRUU is set up as a way to not necessarily guide people away from it but it is kind of like a shining light to go, actually there's a way away from petrochemicals.”

He looked into utilising waste from the food industry; specifically the fruit juicing industry, where there is an excess of fruit pulps and access to materials like wonky fruits, skins and peels.

Tina and Niklas founded Two Lives in 2019 with the mission of giving textile waste a second life, hence the name, Two lives. Both Tina and Niklas have worked in the creative industry for a number of years and realised they wanted to do something about the waste generation that's happening within the textiles industry.

“We went to factories, warehouses full of dead stock that sometimes ended up in landfills or just being burned. So we just thought, there's so much available material there, why can't we just utilise that, why do we have to make new stuff all the time?”

To find out more about our Start-ups in London Libraries and Innovating for Growth communities, visit bl.uk/SiLL and bl.uk/grow.

Posted by Innovation and Enterprise Team at 1:18 PM