Book and podcast recommendations from our entrepreneurs

Some business owners are using this time to tune into podcasts or read books from other entrepreneurs they are inspired by, to get tips with business help books or just read for leisure, for themselves or as a family activity. We’ve put together a reading and listening list, with recommendations from entrepreneurs we’ve supported from around the UK on what’s inspired them (you can now also read recommendations from the BIPC team as well)…

Small Giants by Bo Burlingham. It’s a great book on how to became an AWESOME company not a big corporation, and how business can make this a much better world to live.

The last enjoyable book was 21 Lessons for the 21st Century, written by Yuval Noah Harari. One of the important messages was that 'global problems demand global solutions'.

Abigail and Chloe Baldwin, founders of Buttercrumble, a creative studio based in Leeds

It may be old school, but Roald Dahl's Charlie and the Chocolate Factory was a huge influence. When reading this as children, it offered so much hope. Quentin Blake (who created the illustrations) inspired us to pursue a creative career from a young age.

A book which has really impacted me is The Way Things Work by David Macaulay. It’s a book from my childhood, it inspired my interest in design, engineering, and making things that work!

Natalie Taylor, founder of Acacia Facilities, who supplies interior and exterior landscaping and flowers to business throughout the UK

Amanda Overs, founder of I Can Make Shoes, a London-based shoemaking school for beginners

A book which really impacted me is In My Shoes by Tamara Mellon. I thought I was aspiring to have a glamorous company and that once you reach a certain status things become easy. After reading, I realised that no business is glamorous. Everyone has to do their tax, deal with problems and juggle their personal/professional life. Once I realised this, I was free to just grow the business.

Podcasts have more of an impact on me though; I’m obsessed with How I Built This. I love to listen to entrepreneurs share their successes and failures; it helps get perspective on issues I’m facing.

I don't read as much as I would like to, time is taken up with research papers and new books about how to make better beer. The last book I read was The New IPA by Scott Janish, it's a collection of scientific papers analysing hop flavour and aroma formulation in beer.

The books that has had the biggest influence on me was mostly cult classics like 1984, On the Road, One Flew Over the Cuckoo's Nest, Fear and Loathing Las Vegas, and Naked Lunch.

Who Moved My Cheese and The Miracle Morning are both books which are really good for helping you transform your life and adapt to change positively. Engaging and easy reads!

Many books have inspired me, but one that really stands out is Shaping Up Culture by Mark Maciver aka Slidercuts. I’ve always had a keen interest in his business as I went to school with Mark, so I have followed his journey closely. He is a real role model and his book gives simple answers to many questions that most budding entrepreneurs would like answered. It is a book I would highly recommend!

Keira O’Mara, founder of Mama Designs, a mother and baby retailer based in Birmingham

When I do have a chance to read, I loved Chillpreneur by Denise Duffield Thomas. I love the idea that you can run a successful business without being busy or stressed out.

Siobhan Thomas, founder of What’s Your Skirt? A fashion brand based in Leeds

I am a big reader and many books have impacted me, I am currently reading The Slight Edge by Jeff Olson.

If I Could Tell You Just One Thing by Richard Reed. This book is really well written and full of inspirational stories from some of the world’s most successful people.

How much is William Shakespeare worth today? 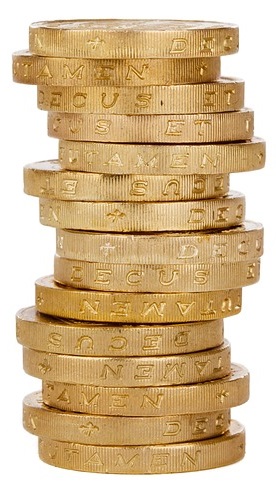 William Shakespeare died over four hundred years ago. But his literary legacy lives on to the tune of billions of pounds of financial value.

After four centuries he continues to be recognised as the greatest writer in the English language. The Bard was also quite a savvy businessman, amassing enough money to acquire New Place, one of the largest houses in his home town of Stratford-Upon-Avon. But how much is his literary legacy worth today?

More popular abroad than in his home country

Before we get onto that, I suppose we shouldn’t be surprised to discover that nowadays Shakespeare is more popular abroad than in his country of birth according to a 2016 YouGov poll.

But the poll also shows that his legacy makes a significant contribution to the UK’s financial prosperity and cultural influence.

Shakespeare's 38 plays and 154 sonnets been translated into 118 languages (including Klingon), and performed throughout the world. In addition, he is also a major factor in attracting visitors to his birthplace.

Out of copyright for hundreds of years

The answer to the question ‘how much is Shakespeare worth’ is complicated by the issue of copyright. His entire creative output has of course been out of copyright for centuries. In the UK, copyright currently last for 70 years after the author's death.

So the billions of publications and performances do not need to pay royalties to his estate. So, instead I have looked for the total value of Shakespeare-related content in the market today, rather than the amount he would have earned. 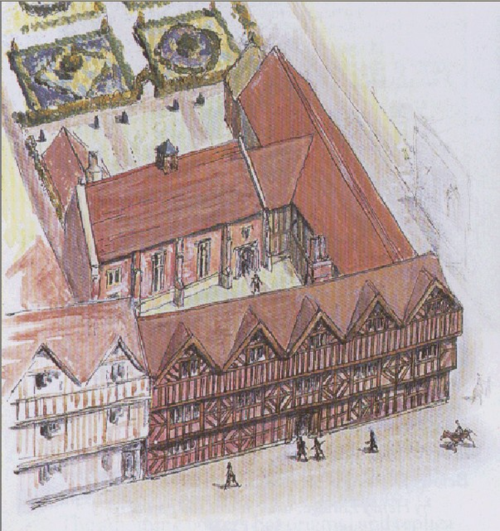 Next, there is the question of whether we are valuing the annual ‘turnover’ of the Shakespeare ‘industry’, or the combined value of current Shakespeare assets?

How much is Shakespeare worth?

OK, enough waffle, it’s time to get down to brass tacks.

For the annual figure. Australian valuation firm Brand Finance came up with £325 million in 2012. They claim this is more than double the combined value of Elvis Presley and Marilyn Monroe brands.

- Shakespeare is the best-selling author of all time; with book sales estimated between two and four billion. In contrast, J.K. Rowling's unit sales are estimated to be 'merely' 450 million.

- There have been more than 400 feature length films and TV productions of Shakespeare works.

- There are currently 67 registered trademarks bearing Shakespeare's name in Australia, the UK and the USA alone ranging from Shakespeare's Pies to the Royal Shakespeare Company. 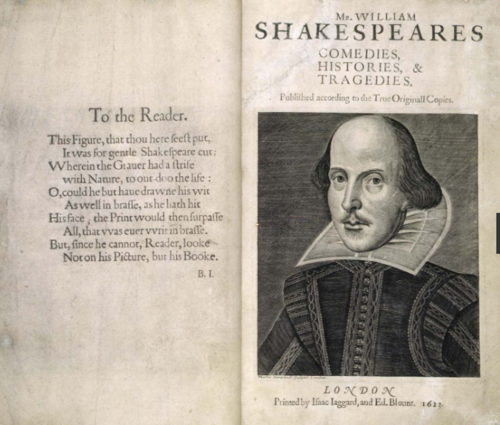 We hold an impressive five copies here in The British Library, although this is somewhat trumped by the Folger Shakespeare Library in Washington, D.C. who have an astonishing 82 copies. Their value varies according to condition, but by some estimates the average value would be around £5 million. This would give a total value of £1.1 billion.

It’s impossible to be precise about the number of Shakespeare related books published in the last 400 years. A quick search on Amazon shows 146,801 results with prices ranging from £9,999.98 to zero plus £1.99 post and packing:

Then we need to add in the value of all the theatres around the world who specialise in Shakespeare productions. The Royal Shakespeare Company (RSC) employs 700 staff and produces around 20 productions a year from its home in Stratford-upon-Avon. Together with the re-created Globe Theatre on the Thames in London, the value must be at least £100 million. 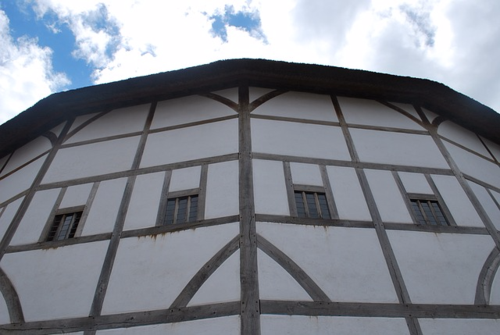 Shakespeare on stage and screen

Next comes film and television adaptions and their related recordings for home sale. And of course, we mustn’t forget the merchandise, such as the William Shakespeare Candle and My Book of Stories: Write your own Shakespearean Tales, available from the British Library shop.

Or from elsewhere, how about Shakespeare Christmas tree ornaments, board games, playing cards, shower curtains, action figures, and even onesies.

My personal favourite is the Shakespeare bust used to conceal the entrance to the bat-cave, seen in the classic 1960’s Batman television series. Available in life-size or Lego version. 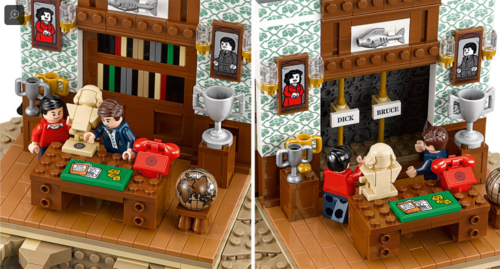 Finally, and biggest of all, is tourism. It’s impossible to calculate how many visitors to the UK are coming because of Shakespeare. Either to see his plays or explore his hometown, Stratford-Upon-Avon. Or for those seeking a warmer climate, the fictitious balcony where Romeo serenaded Juliet in Verona, Italy. 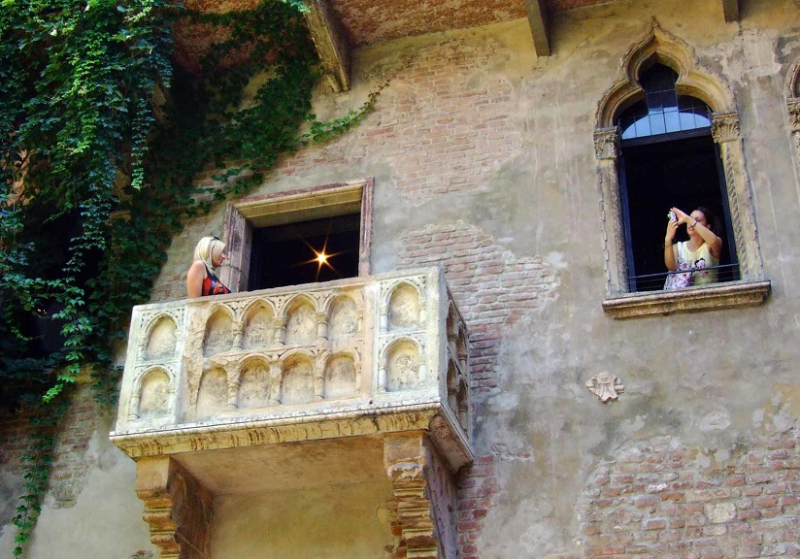 It all adds up to an impressive several billion pounds. But perhaps this focus on hard cash misses the point. The world is a richer place culturally, thanks to Shakespeare’s genius with the quill all those years ago.

Written by Neil Infield - Manager in the Business & IP Centre