The Women Breaking Barriers in Business

Female founded start-ups represent a growing share of investment activity – in the UK in 2011, only 11% of start-ups were women founded and by 2020, this number had risen to 32%. In the male dominated space of entrepreneurship, women founders are often underestimated and overlooked; while we have made progress, there’s still more to be done. To mark Women’s History Month, we’re delving into the experiences of two entrepreneurs we’ve supported to learn how they overcame discrimination in business.

First up is Innovating for Growth alumna Eleanore Richardson, who alongside her mother, Teresa, owns Fulham Scalp and Hair Clinic. 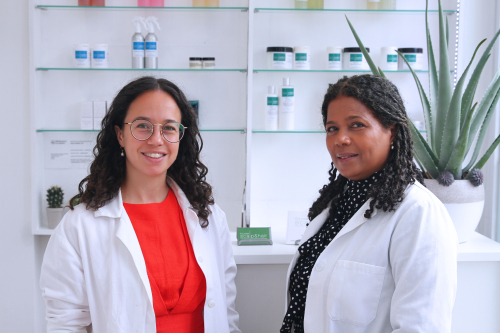 “My mum certainly has some stories of working as a black female entrepreneur and as I have entered the business with her in the last five years there are a few things that have brought me back down to reality in terms of the challenges that women face in business.

My mum has worked in the hair industry for the past 45 years. She moved from working in a salon to working from home as a hairdresser when she started her family; part-time availability for hair stylists wasn't a realistic career and banks wouldn't lend her the capital to open her own salon. She worked out of our utility room and bathroom for 30 years and with that income, sustained two children (and our many after school activities), a mortgage and bought a flat in Portugal.

Over those years, the banks slowly offered my mum an overdraft for her sole trader account but she never used it because she had always associated debt with poor financial management.”

When Eleanore was studying for her A-Levels, Teresa also stepped back into her own studies and re-qualified as a Trichologist. Soon after qualifying, she found a retail space that she could run her clinical practice from. However, even though she was a successful business owner for the past 35 years, she was asked for a guarantor to support her retail lease application. Financially independent and in her fifties, she didn't find this appropriate, but was forced to compromise by signing an eight-year lease with no break clause instead.

Upon realising that their business was making enough money to register as a limited company instead of a sole trader, Eleanore and Teresa went to several banks and opened a business bank account. Whilst one bank was happy to offer them a sole trader account with a £12,000 overdraft, the only business account they were keen to offer was with a £2,000 overdraft. They eventually went with another bank that offered a measly £6,000 overdraft and meant that their cash flow was still too tight to invest in growth.

Several years later, Teresa was ready to move clinics and they were in a position to develop their clinic hair care range into a product range ready to be sold to retailers. Despite presenting a business plan in an effort to increase their £6,000 overdraft, the bank turned them down. This made no sense to Eleanore, “I had been offered bigger overdrafts as a student earning nothing, yet here was a successful business that made money every year and had never had to dip into an overdraft, had grown organically year after year, and yet credit options were non-existent.” They postponed development of their range for three years out of fear that the investment would deplete their cash flow, and there were no obvious alternatives to financing that weren't fraught with high interest rates.

Fulham Scalp and Hair has also been operating in Luanda, Angola, which is Teresa’s birthplace. There she has a loyal customer base who have grown with her over the years but many customers and onlookers still don't understand how a business like theirs can generate enough interest and enough revenue to fund a satellite clinic in Luanda. “Rumours of my mother having a wealthy benefactor are always amusing, but depressingly remind me that the expectation for women to run a successful, international business is still questioned.

Last year an investor in Angola who was keen to buy a stake in our Angolan business propositioned us. When negotiations began, it emerged that he was only going to accept a majority stake in all of our business holdings internationally and was going to establish his own solicitor as a business consultant with a 5% stake. The mind boggles at how foolish they must have assumed an older black woman and her younger daughter must be.

This I find is the most common theme being a woman in business, and it hasn't really changed from the time of my mum starting her own business through to me joining and leading it. Women continue to be underestimated in their own businesses, and this seems to be particularly brutal for women of colour or for very young (looking) women. For mum she had been underestimated by so many of the services and employees previously hired, that it was a relief to work with her daughter who she could completely trust and not be on her guard with. Personally, I have had to correct solicitors, landlords and accountants on their own work and have even had one rep from an organisation ask if I need to chat with my "mummy" before signing off on membership.”

Our next business is The Fermentation Station, founded by Amy and Sam who received support from BIPC Liverpool in relation to their trademarking. We spoke to Amy to learn how her experience as an entrepreneur has been different to that of her partners’. 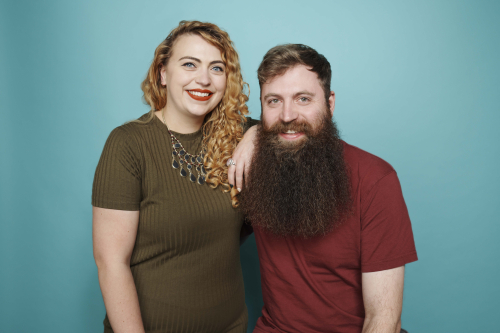 Whilst it wasn't impossible to be a female business owner 30 or 50 years ago, the challenge was much greater than what we see in 2022. Things have certainly come a long way but we still have a lot of progress to make in how we view women in business.  I often think my Nan would have achieved even more remarkable things during her working years had gender roles been different back then. She was an outstanding woman with a genetic eye condition that she never let stand in her way.”

It is also important to encourage young girls into entrepreneurship, when Amy was in high school the only future presented to her was one of academia. “We were told that it was a safe route into employment that meant that we didn't need to rely on a man - can you guess I went to a single sex school! Whilst I am eternally grateful for the solid upbringing they gave me, the option of becoming an entrepreneur was not one that I was encouraged to explore. I think often this causes 'impostor syndrome' as we feel we aren't skilled for the role, whilst men are more likely to take the leap without second guessing whether they’re qualified to do so."

Having been a Company Director for six years between The Fermentation Station & H2A, Amy has built up confidence to present herself as a business leader and leave the impostor syndrome at the door. When asked about whether she has noticed a difference in the way she is treated by investors, suppliers or clients in comparison to Sam she pointed out that unconscious bias is always at play.

“I believe that many think that Sam is the driving force behind our business – that's until I open my mouth, and he is often granted commendations for behaviours that I perform regularly. When we have been challenged with difficult customers or stockists, who are unprepared to acknowledge or accept my response, I have now resorted to responding to them by pretending to be Sam; you would be surprised how quickly their tone & response changes when they believe it's a man they’re speaking to.”

Overall though, the advantages of being a female founder outweigh the disadvantages, Amy has been the company director of a mother-daughter team and a male-female team which have both been incredible experiences for her. “I think it's completely dependent upon the personalities of your fellow directors or founders, and with both businesses I held close personal relationships. Sam and I work well together not because we are different genders or sexes but because our working styles complement each other.”