A new conservation studio has been set up at the British Library to support a digitisation project as part of the British Library Qatar Foundation Partnership programme. The Library’s Arabic material has been scoped for the creation of a new web portal where, in a year’s time, around 500,000 images will be made available online to the general public. The majority of material identified for digitisation comes from the India Office records. Many of the files that form this collection are related to the Gulf area, and so are deeply connected to the history of Qatar and its neighboring countries.

The India Office Records are a very large collection of documents relating to the administration of India from 1600 – 1947, the period which spans Company and British rule in India. The archive is held here at the Library and is publicly accessible.

As the formal document of British presence in the Persian Gulf, IOR/R/15 is a fascinating series within the India Office Records, giving a unique insight into a colonial encounter between European imperial power and tribal shaikhdoms on the Arabian Peninsula coast.

One of the most striking features of these Records is the variety and mixture of formats and features related to different manufacturing techniques. These range from bound printed or manuscript volumes to folders containing loose leaves, folded maps, photographs, miscellaneous textile offcuts and samples of products sold in the colonies during the English occupation. In many cases these records were produced by a local workforce in the countries where the IOR officers were stationed.

This mixture of local craftsmanship and foreign taste (and in some cases even foreign materials) has produced very interesting objects which carry a fusion of western appearance and “Islamic” manufacturing techniques. 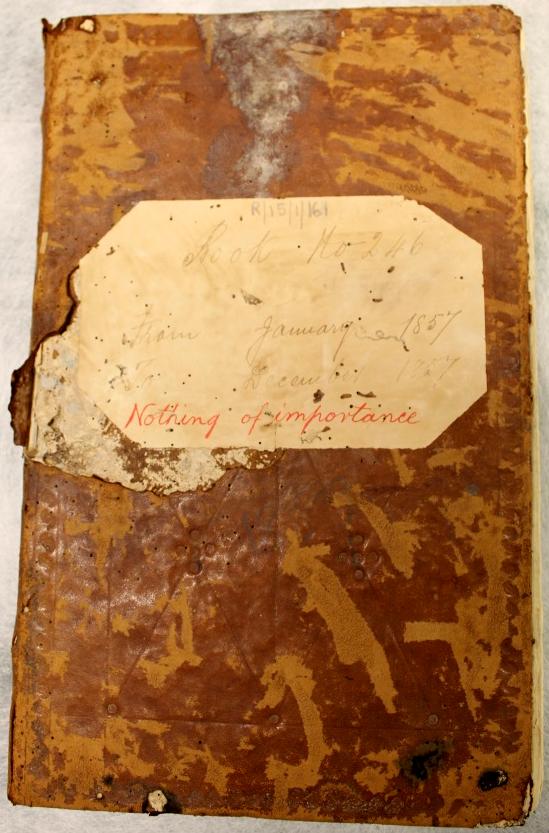 These manuscripts were produced in the middle of the 19th century and contain collections of letters sent from the British Political Residency in the Persian Gulf stationed at Bushire (or Bushehr) on the south western coast of Iran.

Many of the features of these volumes are traditionally considered to be Western. They were all bound in full leather and decorated with similar finishing tools without the use of gold (blind tooled decoration). 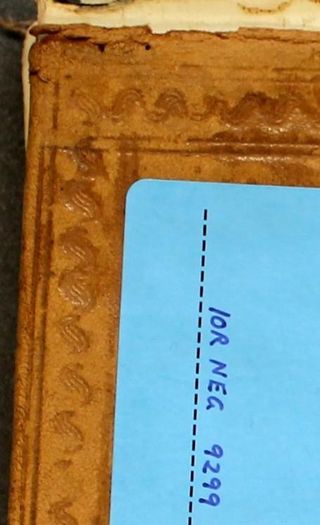 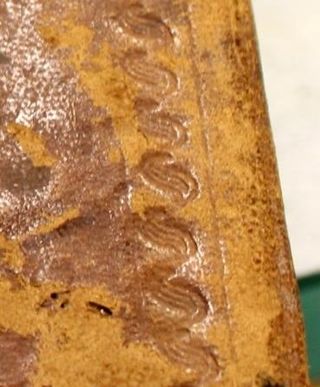 They are written in English on western handmade paper. The countermark in the image below indicates that the paper was produced in 1843 in Stowford Mill, which continues to make paper to this day. 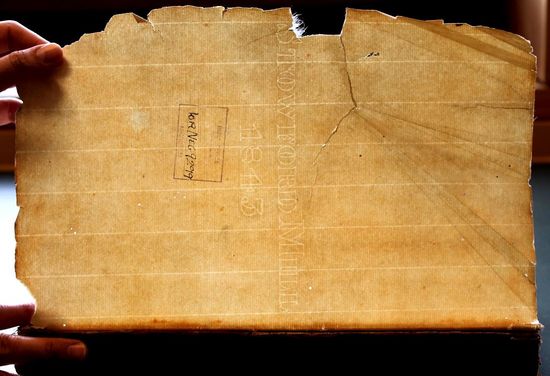 Page from one of the volumes, photographed in transmitted light to reveal the countermark

Other aspects of these books have been produced using ‘Islamic’ style binding techniques. For example, the textblock sections are secured with ‘unsupported sewing’. The Western binding technique of using a material (vellum or cord) to sew around, attaching the sections to it using the thread, is absent here meaning that it is only the thread itself securing the sections together.

Another example is the execution of the endbands that you see in the images below. These are typical of Islamic bindings as commonly recognized in the field of the history book by the way they are sewn and by the final pattern and appearance. 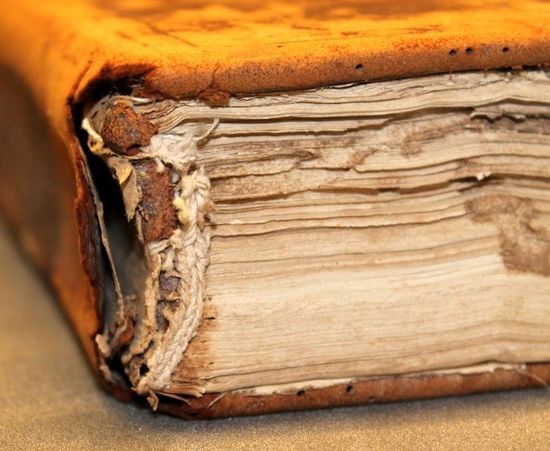 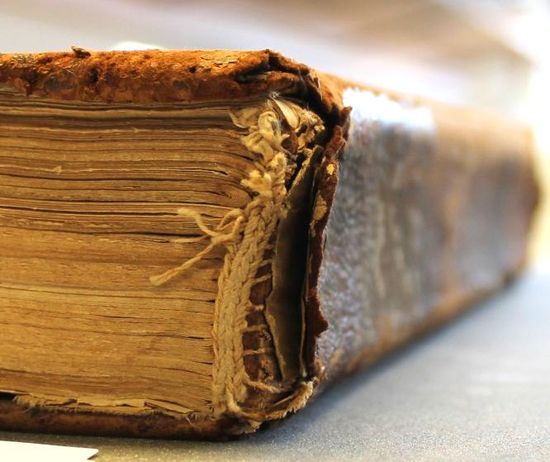 It is clear from this mixing of binding influences that these volumes were not produced in a Western bindery! It is likely that the materials were provided by the India Office, along with specific requests regarding the appearance, which tie in with traditional Western tastes. The rest was down to the knowledge and expertise of the local binders, and what an exciting interesting fusion of styles it has resulted in! 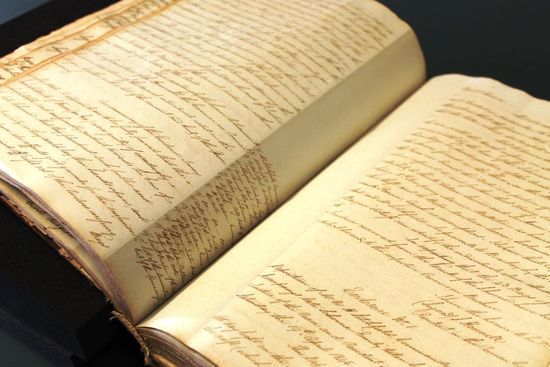 The writing close to the gutter of the book can make it difficult for digitisation.

In these specific cases, we re-housed the books in custom made archival boxes and repaired enough of the damaged paper and boards to stabilise it for future handling.

They will soon be fully digitized and available online on the Qatar National Library web site. The process of digitisation gives conservators the opportunity to assess large numbers of items in a short period of time, enabling them to more fully understand the collection. In this case, it allowed me to appreciate the fusion of binding styles that make these items so interesting. Their content will be made available and their peculiar and unique features will be preserved. 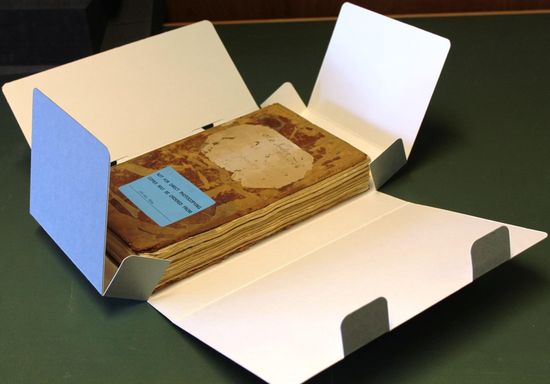 Posted by Christina Duffy at 10:19 AM