The British Library opened its doors at the current St Pancras site in 1997 having legally separated from the British Museum in 1973. It was purpose built to match the neighbouring St Pancras hotel and station whose red bricks came from a patent brick fired from a supply of Keuper marl clay in Mapperley, Nottingham, and New Red Sandstone from Mansfield. The impressive St Pancras station site has over 50,000,000 red bricks. The British Library’s matching red glow is found both inside and outside the main library with the brickwork complemented by a variety of other rock types. 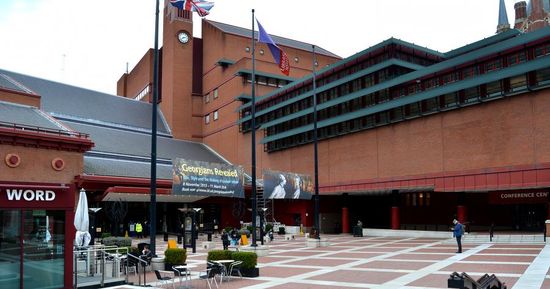 A view of the exterior of the British Library

Entering the Library through the main gates from Euston Road visitors will notice a russet red granite from Norway called Røyken Granite forming the initial entrance steps and the base of the brickwork. 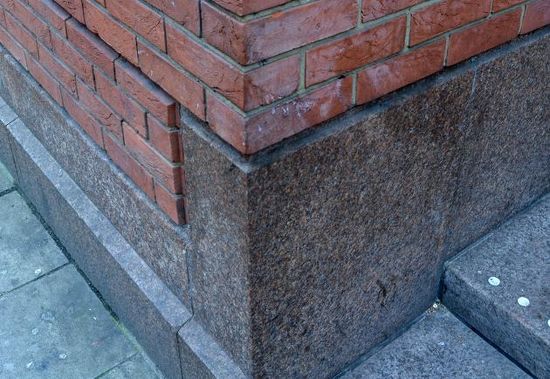 To the left of the entrance gate is a granite stone inset into the brickwork commemorating its unveiling on 7 December 1982 by HRH Prince of Wales. 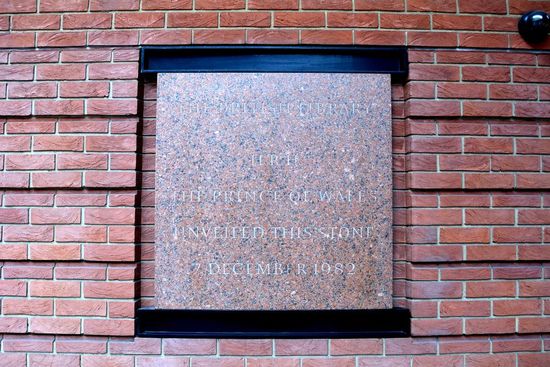 Granite is an igneous rock produced by slowly cooling magma. The same granite has been roughened to provide a non-slip surface in the piazza. Granite forms a major part of continental crust and consists mainly of quartz, mica and feldspar. These three minerals are seen everywhere at the base of the walls around the courtyard and in the Conference Centre walls. Feldspar is the most abundant mineral and presents as regular rectangles giving the rock its red appearance. Quartz is dark and fills in the feldspar gaps, while mica presents as tiny black specs. 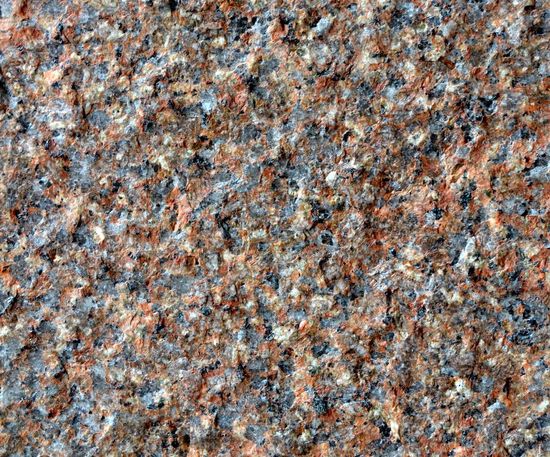 Close-up of Granite slab which is composed of feldspar, quartz and mica

Over the entrance gate are several large red slabs of New Red Sandstone from Dumfriesshire. The slabs were cut from a larger square block at the quarry. The slabs facing onto Euston Road have been carved with the words The British Library (in case anyone is confused about where they are!). 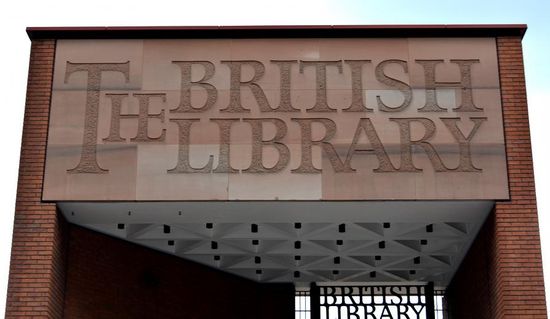 The clay red bricks we most associate with the architecture of the British Library come from Hampshire achieving their fiery red colour through use of Southern England’s finest red clays. These clays are high in pure alumina and devoid of gypsum. The iconic red colour is produced by controlling the oxygen concentrations while heating in a kiln to high temperatures. As the bricks are heated their colour burns through various red hues before turning brown or grey at maximum heating.

The red bricks forming paving in the piazza are similarly formed, but close inspection will show curved line cavities at the surface. These are a result of gas escaping during heating. 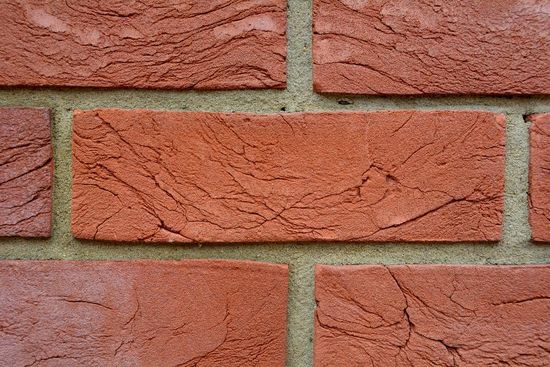 The Brick walls of the British Library

The red paviour bricks in the piazza are bounded by strips of white Hauteville limestone which originates in the high ground of the French Jura – in fact it is so high that delivery of the stone to the Library was delayed due to the quarry being snowbound! It is a heavy crystalline material and the observant passer-by may notice some fossilised sea sponges in the stones around the conference centre. 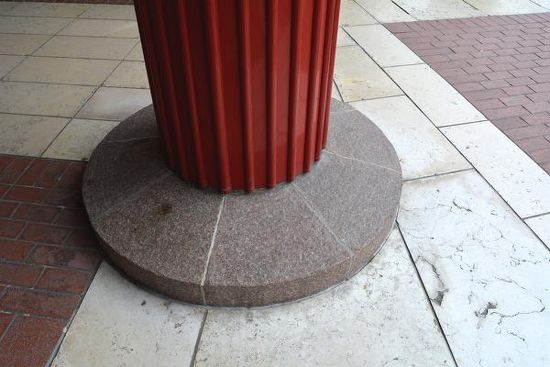 On the piazza is a combination of red brick paviours set between Hauteville limestone strips. Granite is rock bottom at the base of the pillars

View of the British Library from the piazza 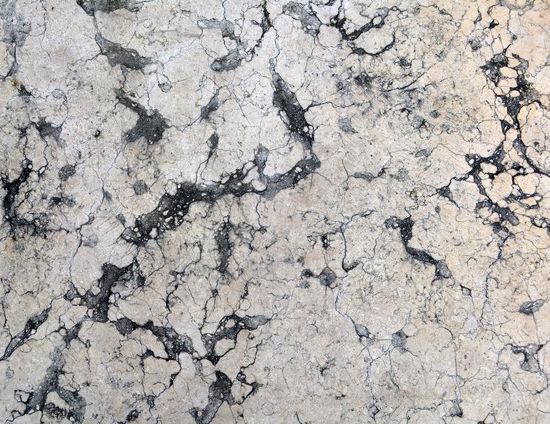 Inside the building, the geology changes again including Portland stone, Italian Travertine and Purbeck stone. You can read more about these rocks and the piazza feature known as Planets by Antony Gormley in Eric Robinson’s A Geology of the British Library.